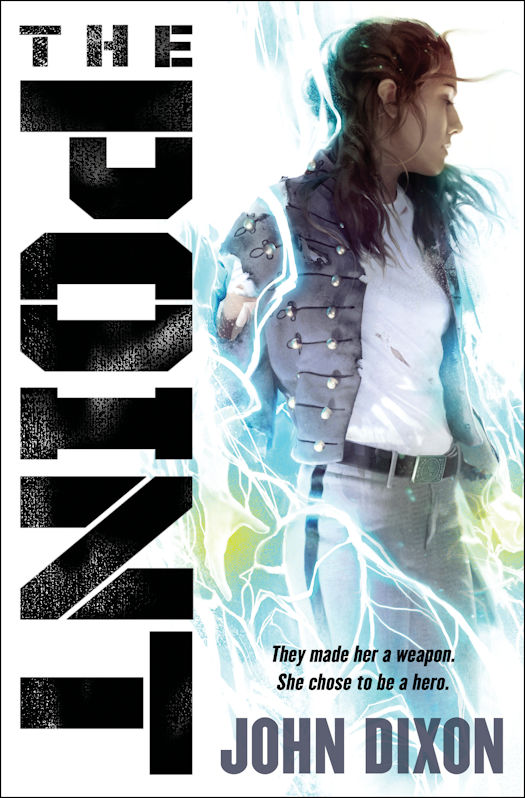 What if you had a power you had to hide from everyone—until now? In this bold sci-fi action thriller, a secret training program at West Point is turning misfits into a new generation of heroes.

Welcome to The Point, future leaders of the Posthuman Age.

New cadets, society is not ready for you. The oldest, fiercest fear is ignorance. The general population would burn you at the metaphysical stake.

Here, you will train alongside other posthumans. You will learn to control and maximize your powers and to use them for the greater good. You will discover camaraderie and purpose.

You will become a part of something bigger than yourselves: the Long Gray Line.

Scarlett Winter has always been an outsider, and not only because she’s a hardcore daredevil and born troublemaker—she has been hiding superhuman powers she doesn’t yet understand. Now she’s been recruited by a secret West Point unit for cadets with extraordinary abilities. Scarlett and her fellow students are learning to hone their skills, from telekinetic combat to running recon missions through strangers’ dreamscapes. At The Point, Scarlett discovers that she may be the most powerful cadet of all. With the power to control pure energy, she’s a human nuclear bomb—and she’s not sure she can control her powers much longer.

Even in this army of outsiders, Scarlett feels like a misfit all over again, but when a threat arises from the school’s dark past that endangers her fellow students at The Point, duty calls and Scarlett must make a choice between being herself and becoming something even greater: a hero. 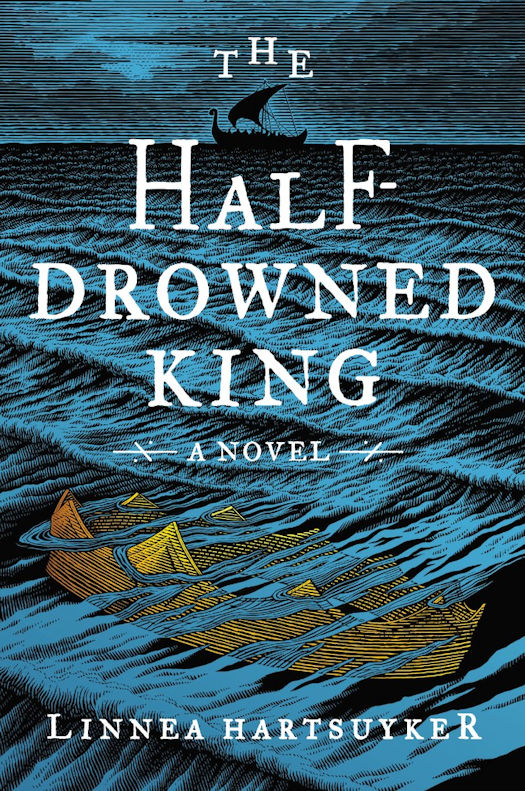 "Linnea Hartsuyker brings myth and legend roaring to life in this superbly good page-turning saga of Viking-era Norway. The book’s fiercest magic shines in the characters of Ragnvald and Svanhild, as unforgettable a brother and sister duo as I can remember. Linnea Hartsuyker is an exciting, original voice in historical fiction, and The Half-Drowned King is nothing short of mesmerizing."—Paula McLain, bestselling author of The Paris Wife and Circling the Sun

An exhilarating saga of the Vikings that conjures a brutal, superstitious, and thrilling ninth-century world and the birth of a kingdom—the debut installment in a historical literary trilogy that combines the bold imagination and sweeping narrative power of Game of Thrones, Vikings, and Outlander.

Centuries ago, in a blood-soaked land ruled by legendary gods and warring men, a prophecy foretold of a high king who would come to reign over all of the north. . . .

Ragnvald Eysteinsson, the son and grandson of kings, grew up believing that he would one day take his dead father’s place as chief of his family’s lands. But, sailing home from a raiding trip to Ireland, the young warrior is betrayed and left for dead by men in the pay of his greedy stepfather, Olaf. Rescued by a fisherman, Ragnvald is determined to have revenge for his stepfather’s betrayal, claim his birthright and the woman he loves, and rescue his beloved sister Svanhild. Opportunity may lie with Harald of Vestfold, the strong young Norse warrior rumored to be the prophesied king. Ragnvald pledges his sword to King Harald, a choice that will hold enormous consequence in the years to come.

While Ragnvald’s duty is to fight—and even die—for his honor, Svanhild must make an advantageous marriage, though her adventurous spirit yearns to see the world. Her stepfather, Olaf, has arranged a husband for her—a hard old man she neither loves nor desires. When the chance to escape Olaf’s cruelty comes at the hands of her brother’s arch rival, the shrewd young woman is forced to make a heartbreaking choice: family or freedom.

Set in a mystical and violent world defined by honor, loyalty, deceit, passion, and courage, The Half-Drowned King is an electrifying adventure that breathtakingly illuminates the Viking world and the birth of Scandinavia. 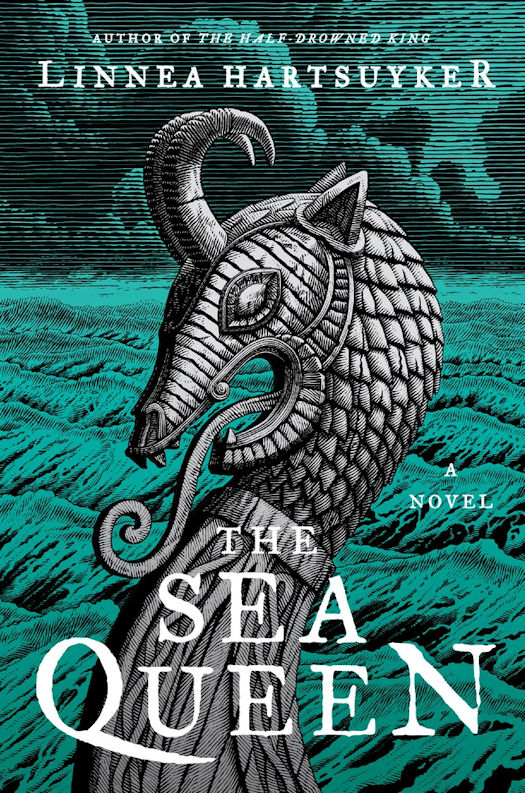 The epic Viking saga begun in The Half-Drowned King continues with this exhilarating tale filled with the excitement, romantic adventure, political intrigue, violence, and rich history that have made Game of Thrones, Outlander, and Neil Gaiman’s Norse Mythology popular bestsellers.

Six years after The Half-Drowned King, Ragnvald Eysteinsson is now king of Sogn, but fighting battles for King Harald keeps him away from home, as he confronts treachery and navigates a political landscape that grows more dangerous the higher he rises.

Ragnvald’s sister Svanhild has found the freedom and adventure she craves at the side of the rebel explorer Solvi Hunthiofsson, though not without a cost. She longs for a home where her quiet son can grow strong, and a place where she can put down roots, even as Solvi’s ambition draws him back to Norway’s battles again and keeps her divided from her brother.

As a growing rebellion unites King Harald’s enemies, Ragnvald suspects that some Norse nobles are not loyal to Harald’s dream of a unified Norway. He sets a plan in motion to defeat all of his enemies, and bring his sister back to his side, while Svanhild finds herself with no easy decisions, and no choices that will leave her truly free. Their actions will hold irrevocable repercussions for the fates of those they love and for Norway itself.

The Sea Queen returns to the fjords and halls of Viking-Age Scandinavia, a world of violence and prophecy, where honor is challenged by shifting alliances, and vengeance is always a threat to peace. 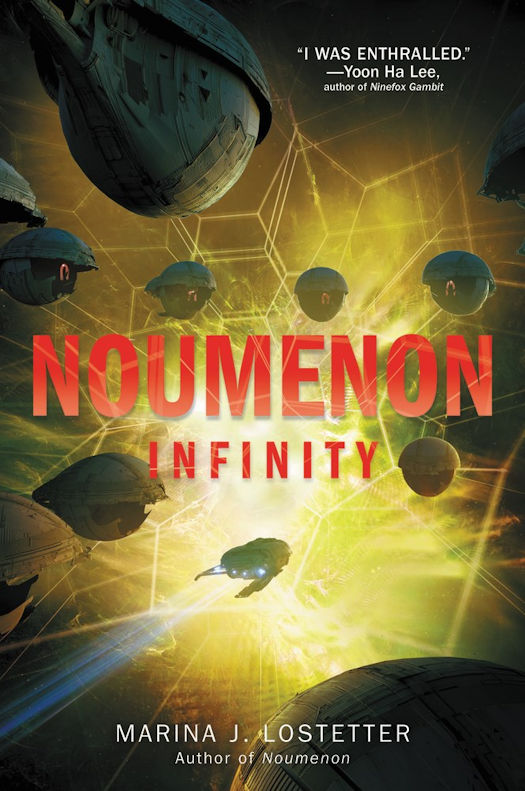 Travel to the remotest reaches of deep space in this wondrous follow-up to the acclaimed Noumenon—a tale of exploration, adventure, science, and humanity with the sweep and intelligence of the works of Arthur C. Clarke, Neal Stephenson, and Octavia Butler.

Generations ago, Convoy Seven and I.C.C. left Earth on a mission that would take them far beyond the solar system. Launched by the Planet United Consortium, a global group formed to pursue cooperative Earth-wide interests in deep space, nine ships headed into the unknown to explore a distant star called LQ Pyx.

Eons later, the convoy has returned to LQ Pyx to begin work on the Web, the alien megastructure that covers the star. Is it a Dyson Sphere, designed to power a civilization as everyone believes—or something far more sinister?

Meanwhile, Planet United’s littlest convoy, long thought to be lost, reemerges in a different sector of deep space. What they discover holds the answers to unlocking the Web’s greater purpose.
Each convoy possesses a piece of the Web’s puzzle . . . but they may not be able to bring those pieces together and uncover the structure’s true nature before it’s too late.