It will also be available in bookstores Tuesday, December 19th, and can be preordered via Amazon, Barnes & Noble, Indiebound, and Indigo.

“As with any satire, there is humor to be found in all of the stories—but that humor is
dark and it is cutting, and it brings little respite from the very real situations that these
women find themselves in.” —Comicosity

“Engaging and compelling, with each story fitting right into the world of BITCH PLANET,
but allowing us to explore this dystopian landscape from a fresh and new perspective.”
—Impulse Gamer

“I’m hyped. You should be too. 9.5 ‘Long-Live-Eleanor-Doane’ battle screams out of 10.”
—Black Nerd Problems

“From a woman forced into subservience and then chastised for it to one who finds her
inner fire after being continually passed over, these asides are as unflinching as they
are supremely constructed.” —IGN

“One cannot deny the importance of these stories as a piece of artistic political
resistance that need to be read far and wide.” —Multiversity Comics

“A much-needed jolt of noncompliant energy. Grab a copy and be inspired by the highly
acidic lemonade these creators were able to make with today’s rotting fruit.”
—Doom Rocket 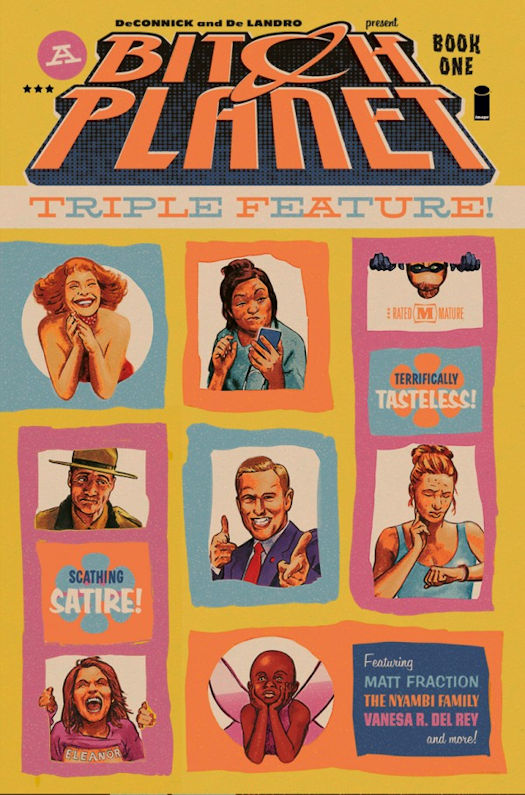