Add Some More Flair to Your Phantom Thieves
With the Persona 5 Ultimate Edition, Costume
Bundle, and Persona Bundle 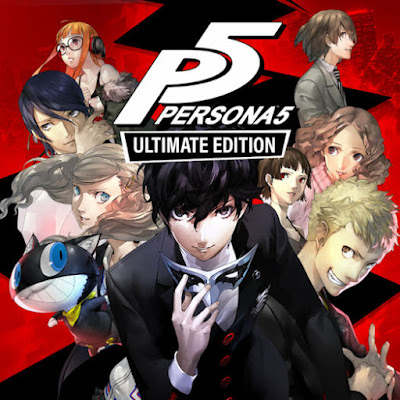 Know how we have TONS of additional content that must be painstakingly downloaded individually à la carte? Well, those days are over because we've decided to conveniently package that extra content into an Ultimate Edition and two DLC bundles. Oh, and did we mention that they're all available now? Because they are! Feel like decking out your Phantom Thieves with fresh new looks and familiar Personas, but don't want to do it piecemeal? Save time and money by picking up The Persona 5 Ultimate Edition, Costume Bundle, and Persona Bundle at the PlayStation Store right now. 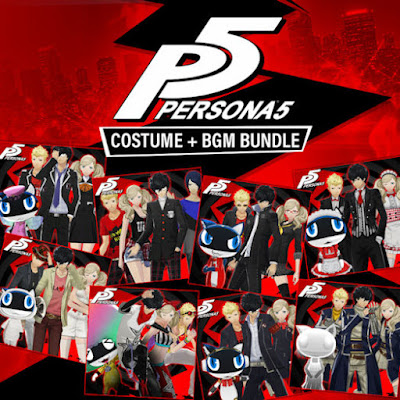 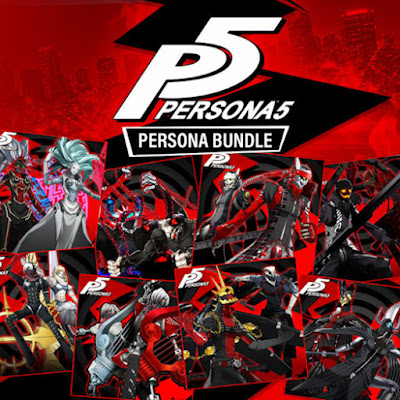 Persona 5 is a game about the internal and external conflicts of a group of troubled youth who live dual lives. They have the typically ordinary day-to-day of a Tokyo high-schooler - attending class, after school activities and part-time jobs. But they also undertake fantastical adventures by using otherworldly powers to enter the hearts of people. Their power comes from the Persona, the Jungian concept of the "self;" the game's heroes realize that society forces people to wear masks to protect their inner vulnerabilities, and by literally ripping off their protective mask and confronting their inner selves do the heroes awaken their inner power, and use it to strive to help those in need. Ultimately, the group of Phantom Thieves seeks to change their day-to-day world to match their perception and see through the masks modern-day society wears.

Persona 5 is now available in the Americas and Europe, for PlayStation 4 and PlayStation 3. The game is rated M by the ESRB. For more information, please visit the official website, atlus.com/persona5

Atlus U.S.A., Inc. has become known across the industry as a mark of high-quality, deeply immersive, uniquely Japanese video game experiences. With award-winning titles that reach across a variety of genres and platforms, including the Shin Megami Tensei® and Persona® series of role-playing games, the ground-breaking action-adventure/puzzle game Catherine™, and the much-celebrated RPG Demon's Souls™, Atlus is committed to offering the highest standard in interactive entertainment experiences. www.atlus.com
Posted by Qwill at 9:05 AM