Interview with Catherine Burns, author of The Visitors


Please welcome Catherine Burns to The Qwillery as part of the of the 2017 Debut Author Challenge Interviews. The Visitors was published on September 26th by Gallery Books/Scout Press. 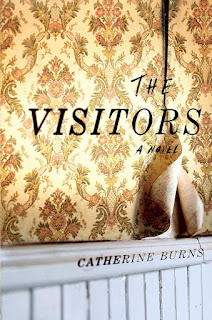 Catherine:  I got laid off from my university teaching job so I had a lot of time on my hands.

Catherine:  I had a rough idea of the structure of The Visitors before I started writing but it certainly changed a lot by the end. I think if you stick to a too rigid outline you risk limiting yourself. Having said that I might try plotting a bit more the next time. I suppose that means I’m a hybrid?

Catherine:  Self-discipline is difficult when working from home. Keeping off the internet and Netflix long enough to get something done.

Catherine:  I haven’t had any formal training but I thought that Stephen King book on writing was pretty good. Also just the stuff I read, Shirley Jackson, Chekhov short stories, an author called Barbara Pym (not sure if she’s very well known in the US).

TQ:  Describe The Visitors in 140 characters or less.

Catherine:  Marion lives in a creepy mansion. Brother John spends all his time in the cellar. She hears screams from below, should she tell the police?

TQ:  Tell us something about The Visitors that is not found in the book description.

Catherine:  Marion has some self-esteem issues. Her nickname at school was Manatee.

TQ:  What inspired you to write The Visitors?

Catherine:  A few real life cases where people had protected loved ones who committed horrible crimes. I was trying to understand why someone would do something like that and I wanted the reader to ask themselves what they would do if the person they loved most in the world did something terrible.

TQ:  Is the "crumbling mansion" and seaside resort where Marion and John Zetland live based on a real building/place?

Catherine:  The crumbling mansion isn’t real but the house I grew up in had a cellar and I was always a bit spooked by it. The town of Northport is fictional but it’s based on a number of real life northern British seaside towns, particularly Southport(!) and Blackpool. I always felt these places were a little on the gothic side with their creaky fairground attractions and kiosks selling smutty postcards alongside candy for children. I suppose Coney Island in the US has a similar vibe.

TQ:  What sort of research did you do for The Visitors?

Catherine:  I don’t want to give away any spoilers but there is some internet ‘Catfishing’ going on in the book. I actually created fake social media profiles to see if the plotline was realistic. I got quite a lot of positive responses!

TQ:  Please tell us about the cover for The Visitors?

Catherine:  Just want to say I think the US cover is delightful, you can’t tell from pictures but the paper is textured so you can feel the ridges in the wood and even the back of the wallpaper feels different from the front! Amazing! I suppose on the most literal sense it evokes decaying grandeur of a rather stuffy, middle-class variety. I didn’t have anything to do with the cover however, and I don’t know if my interpretations are what the designer intended, but it reminds me of ‘The Yellow Wallpaper’ and there is certainly a lot of female repression in the book. I also get a slight Georgia O’Keefe vibe but maybe that’s just my grubby mind.

TQ:  In The Visitors who was the easiest character to write and why? The hardest and why?

Catherine:  I find Mrs Morrison the housekeeper comical so I think she was the most fun and therefore easiest to write. Marion was the hardest of course, because a lot of her choices are rather difficult to empathise with but if I had made her too unlikeable the reader would have just given up on her and the book.

Catherine:  I touched somewhat obliquely on the issue of immigration but I don’t want to say too much as this would give important plot points away!

TQ:  Which question about The Visitors do you wish someone would ask? Ask it and answer it!

Catherine:  Are Marion and John’s parent to blame? I honestly don’t know, maybe if you say yes to that question you could equally blame their parents, i.e. Marion and John’s grandparents, where does the evil originate?

TQ:  Give us one or two of your favorite non-spoilery quotes from The Visitors.

‘Like a white bird, the scream flew up from the depths of the cellar, then became trapped inside Marion’s head.’


‘You are the kind of evil that comes from nothing, from neglect and loneliness. You are like mold that grows in damp dark places, black dirt gathered in corners, a fatal infection that begins with a speck of dirt in an unwashed wound.’

Catherine:  Just finished another manuscript but so far I’ve only shown it to close friends. About to start a third. I really enjoy writing in the gothic/thriller genre, might veer towards more conventional horror next!

Catherine:  Thank you for your consideration. 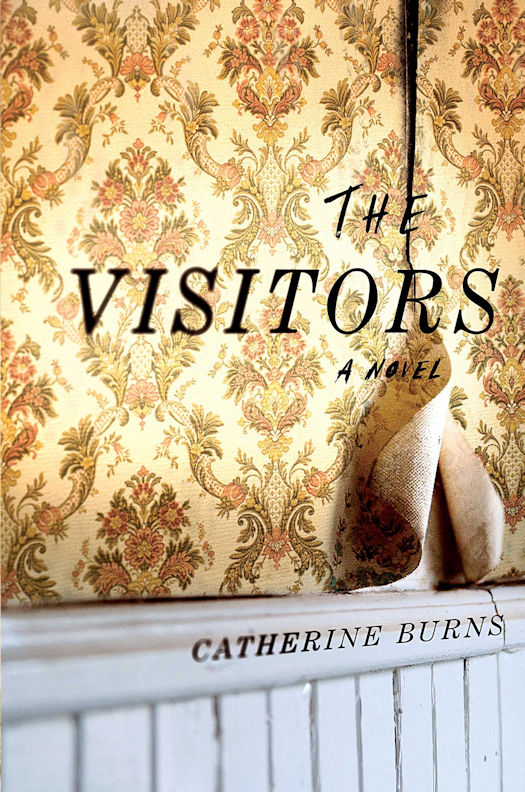 With the smart suspense of Emma Donoghue’s Room and the atmospheric claustrophobia of Grey Gardens, Catherine Burns’s debut novel explores the complex truths we are able to keep hidden from ourselves and the twisted realities that can lurk beneath even the most serene of surfaces.

Marion Zetland lives with her domineering older brother John in a crumbling mansion on the edge of a northern seaside resort. A timid spinster in her fifties who still sleeps with teddy bears, Marion does her best to live by John’s rules, even if it means turning a blind eye to the noises she hears coming from behind the cellar door...and turning a blind eye to the women’s laundry in the hamper that isn’t hers. For years, she’s buried the signs of John’s devastating secret into the deep recesses of her mind—until the day John is crippled by a heart attack, and Marion becomes the only one whose shoulders are fit to bear his secret. Forced to go down to the cellar and face what her brother has kept hidden, Marion discovers more about herself than she ever thought possible. As the truth is slowly unraveled, we finally begin to understand: maybe John isn’t the only one with a dark side....

Born in Manchester, Catherine Burns is a graduate of Trinity College, University of Cambridge. She worked as a bond trader in London before studying at the Gerasimov Institute of Cinematography and teaching film theory at the University of Salford. The Visitors is her debut novel.