SAGA depicts two lovers from long-warring extraterrestrial races, Alana and Marko, as they flee authorities from both sides of a galactic war. Traveling with their newborn daughter, Hazel, they encounter astonishing aliens, fearsome bounty hunters and a host of allies and enemies alike as they try and keep their new family safe.

Read SAGA from Image Comics today, and in February you’ll be able to pick up Pop!
vinyl figures of Lying Cat, Alana, Marko, Prince Robot IV, and The Will, from Funko and Skybound Entertainment. Look for The Will chase! A rarity of 1-in-6. 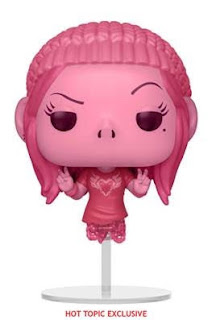 Look for exclusives! Izabel the ghostly babysitter is available at Hot Topic! 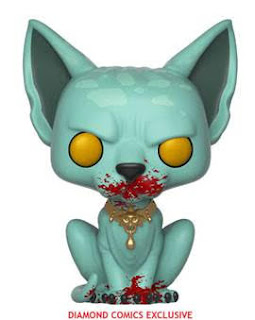 Check your local comic book shop for a bloody version of Lying Cat! A Previews
exclusive. 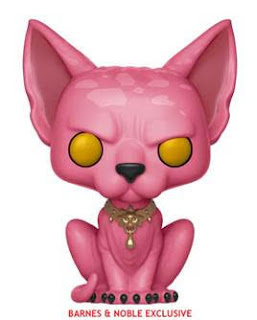 ABOUT IMAGE COMICS
Image Comics is a comic book and graphic novel publisher founded in 1992 by a collective of bestselling artists. Image has since gone on to become one of the largest comics publishers in the United States. Image currently has five partners: Robert Kirkman, Erik Larsen, Todd McFarlane, Marc Silvestri, and Jim Valentino. It consists of five major houses: Todd McFarlane Productions, Top Cow Productions, Shadowline Comics, Skybound Entertainment, and Image Central. Image publishes comics and graphic novels in nearly every genre, sub-genre, and style imaginable. It offers science fiction, fantasy, romance, horror, crime fiction, historical fiction, humor and more by the finest artists and writers working in the medium today. For more information, visit www.imagecomics.com.
ABOUT SKYBOUND ENTERTAINMENT
Founded in 2010, Skybound Entertainment is a multiplatform entertainment company specializing in television, comics, film, digital content, interactive, gaming, and merchandise. The company is led by The Walking Dead creator Robert Kirkman and his longtime producing and business partner David Alpert.
Posted by Qwill at 6:35 AM