Greetings all. I am being very cheeky this week as this WIR is 'pre-recorded'. By the time this WIR gets posted I will be on holibobs in Canada. Sorry! Well not really sorry....if you follow my posts then you know I had some time off and I have a backlog of books to tell you about. I don't want you to miss a single thing that I have been reading.


Without further adieu let's get to it. What did I read?

I have been reading Cassandra Gannon's A Kinda Fairytale series but started on book 3 based on a recommendation on Ilona Andrews' blog. I thought I would go back and read a few others - mainly books 1 and 2. I will talk about these together as I read them back to back and they weren't so fantastic to deserve their very own, individual reviews.

Wicked Ugly Bad is set mainly inside inside the Wicked, Ugly and Bad Mental Health Treatment Center and Maximum Security Prison where Scarlett Riding is serving a sentence for being Bad and trying to prevent her stepsister's - Cinderella - wedding to Prince Charming. Stuck in a 'share circle' with The Big Bad Wolf, Marrok, a troll with self esteem issues plus a few other notorious baddies is proving almost too much. Letty is desperate to escape and it might involve joining forces with some unlikely allies in order to do just that.

Beast in Shining Armor tells the story of the un-hero Avenant and his quest to find a sacred sword. Booted off the throne by the lovely Belle, Avenant is determined to topple Belle as the monarch and get back his crown. Set in an icy northern labyrinth filled with killer minotaurs and a bunch of other evil contestants who want the same thing as Avenant means that he may have to team up with Belle just in order to survive. The odd couple may just be the right couple to win but can they overcome their past in order to find the finish line?

Both books are very similar - the Bad are really good and the Good are really bad, especially Cinderella. There are some quite amusing bits especially in Wicked Ugly Bad and in the bits with the 'share circle'....in fact, those parts are very amusing. WUB was my favourite of the 3 books that I read. It was definitely the most humorous and had more of a plot. Beast in Shining Armor was more typical PNR with the unlikely hero becoming the hero with the love of a good woman. It was funny in parts but those were few and farther between.

Overall, these were OK. I think I over did it with this author and they didn't stand-up to binge reading. If I had to pick only one I would recommend Wicked Ugly Bad and leave it with that one. I also read Not Another Vampire Story but I couldn't finish it, it was quite ridiculous, even for its genre.

The final book I am going to tell you about is Kitty Peck and the Daughter of Sorrow. Yet again life is not a bed of roses for poor Kitty Peck. Following the events of book 2 Kitty is once again being pursued by an evil cabal who are intent on destroying her and everyone she loves. Lady Ginger has the answers that Kitty seeks but she is near death and not intent on sharing her secrets. Kitty is trapped - either give the Barons what they want or suffer - and everyone around her would suffer also. Kitty has little time and even fewer allies to help her bring down those who want to hurt her.

This is another great instalment of the Kitty Peck Mysteries. Griffin has crafted a very compelling, if flawed character in Kitty Peck. You can't help feeling sorry for her and what she has been forced to become. We learn a bit about Kitty's parentage along with Kitty and this was my only point of criticism. The circumstances and details about Kitty's father is flawed. I can't see how Kitty and her brother could be near twins in looks and have been conceived in the circumstances in which Griffin sets out. It's almost as if she forgot that Kitty was younger than her brother. However, I am sooo looking forward to the next instalment. I can hardly wait!


That is it for this week. I hope you have found something enjoyable to read this past week. Until next time... Happy Reading! 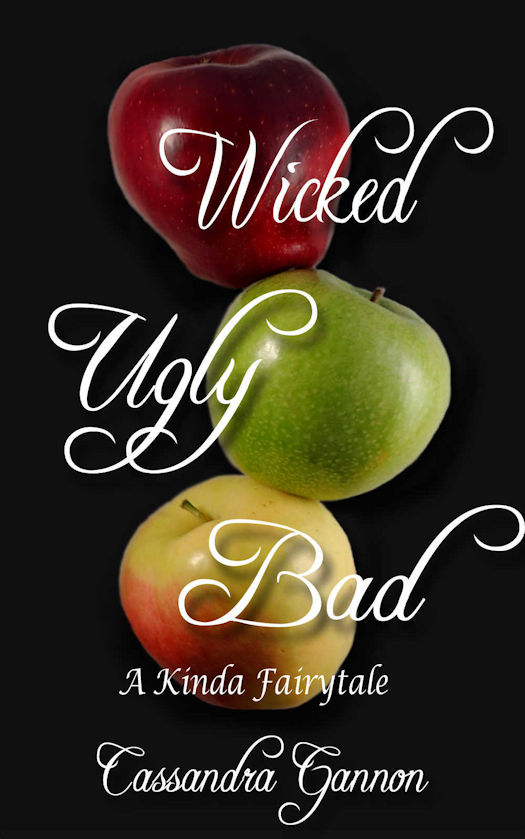 Once Upon a Time…

Scarlett Riding is NOT an ugly stepsister. Cinderella is the evil one in the family and Letty is determined to prove it. Unfortunately, that’s kinda hard to do from behind bars. After the debacle at the ball, Letty and her sister Dru were dragged off to the Wicked, Ugly and Bad Mental Health Treatment Center and Maximum Security Prison. While Cindy’s planning her dream wedding, her two stepsisters are being forced to endure life in the dreariest dungeon in the land.

Luckily, Letty has a plan to change that unhappy ending. If she can just get to Prince Charming and prove the glass slipper doesn’t fit Cinderella’s foot, she can reclaim her life. In order to do that, though, she needs to convince The Big Bad Wolf to lend a hand in organizing a jailbreak.

Marrok Wolf isn’t sure what to make of the idealistic redhead in his group therapy sessions. With fifty counts of Badness on his criminal record, Marrok’s used to being surrounded by crooks and scumbags. Scarlett wants to lecture him about equal rights for trolls! When the little do-gooder comes up with an elaborate plan to break their entire “share circle” out of prison, though, Marrok is certainly willing to go along with the plot. And not just because he wants to see her naked. The woman may not be wicked, ugly, or Bad, but she’s definitely the only one who can save him.

Together with a wicked witch, a timid bridge ogre, an evil prince, and other villains straight out of a storybook, Scarlett and Marrok are about to make sure that Baddies finally have a happily ever after. 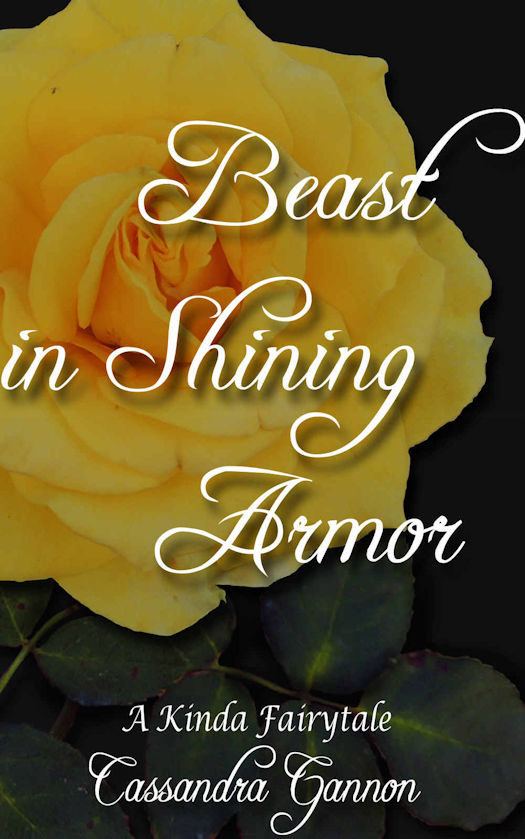 Contestant One: Avenant is a handsome prince with a dark side. There’s a beast inside of him, always waiting to get out. All his life, he’s been labeled a monster and he’s done his best to live up to his Bad reputation. His parents hated him, his fairytale kingdom fears him, and now he’s been dragged into court. Again. His newest legal troubles are all because Belle Ashman stole his throne. The beautiful bookshop owner is the one woman Avenant longs for. The two of them have been in competition since childhood and the contest just became winner-take-all.

Contestant Two: Tired of Avenant ruining her dates, firing Mother Goose, and tearing down Humpty Dumpty’s wall, Rosabella Aria Ashman decided to depose the tyrant. Eight months ago, Belle led a rebellion and had Avenant thrown in prison. Now, the Beast has returned, demanding his kingdom back. Avenant might be gorgeous, but he’s also arrogant, selfish and he’s been mean to her since kindergarten. This time, Belle’s determined to vanquish him, once and for all.

The Ultimate Showdown: In the farthest corner of the Northlands, there is an impenetrable labyrinth. Made of ice and stone, no one has ever entered it and emerged alive. Now, Belle, Avenant, and other storybook contenders for the crown are heading into the maze. Whoever solves its riddles gets the kingdom. In order to win, Belle and Avenant are going to have to work together. Considering their lifelong feud, that would be challenging enough, but they’re also dealing with an angry minotaur, an unknown killer, miles of twisting corridors… and the fact that these two mortal enemies might just make a perfect team. 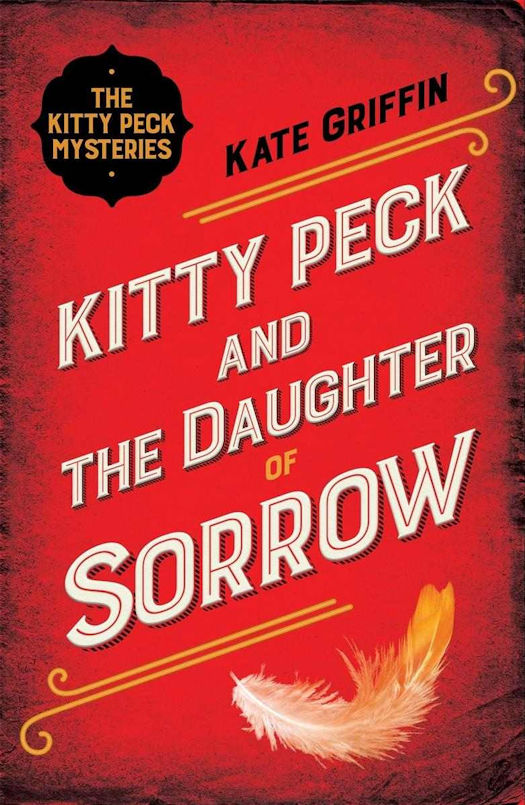 Summer 1881: the streets of Limehouse are thick with opium... and menace. At eighteen Kitty Peck has inherited Paradise, a sprawling criminal empire on the banks of the Thames. Determined to do things differently to her fearsome grandmother, she now realises that the past casts a long and treacherous shadow. Haunted by a terrible secret and stalked by a criminal cabal intent on humiliation and destruction, Kitty must fight for the future of everyone she cares for...