Infinity Engine, the 3rd novel in Neal Asher's Transformation trilogy was published on March 21st. No more waiting for the final novel! If you are a reader who waits for the last novel in a trilogy, it's time to pick up the series

“Asher completes his Transformation series with this powerful work that transcends the borders of morality, existence, and spacetime itself .”—Publishers Weekly (starred review), for Infinity Engine 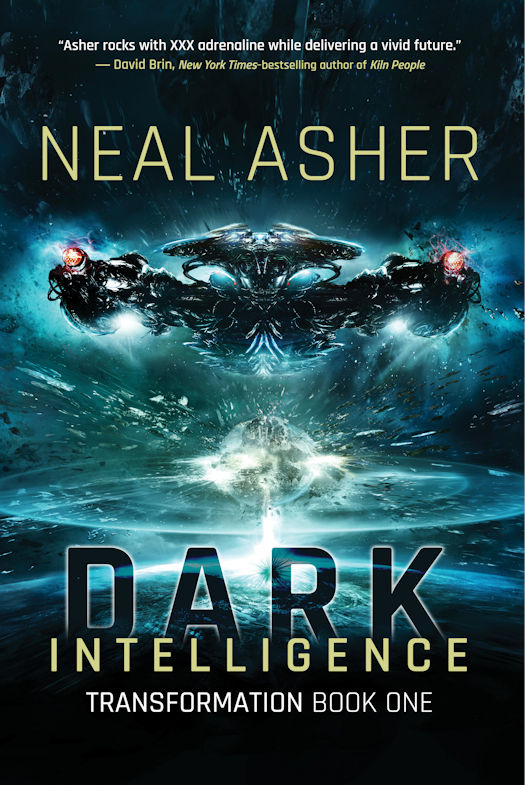 One man will transcend death to seek vengeance. One woman will transform herself to gain power. And no one will emerge unscathed…

Thorvald Spear wakes in a hospital to find he’s been brought back from the dead. What’s more, he died in a human versus alien war that ended a century ago. Spear had been trapped on a world surrounded by hostile Prador forces, but Penny Royal, the AI inside the rescue ship sent to provide backup, turned rogue, annihilating friendly forces in a frenzy of destruction and killing Spear. One hundred years later the AI is still on the loose, and Spear vows for revenge at any cost.

Isobel Satomi ran a successful crime syndicate, but after competitors attacked she needed power and protection. Negotiating with Penny Royal, she got more than she bargained for: Turning part-AI herself gave Isobel frightening power, but the upgrades hid a horrifying secret, and the dark AI triggered a transformation that has been turning her into something far from human . . .

Spear hires Isobel to track Penny Royal across worlds to its last known whereabouts. But he cheats her in the process and quickly finds himself in her crosshairs. As Isobel continues to evolve into a monstrous predator, it’s clear her rage will eventually win out over reason. Will Spear finish his hunt before he himself becomes the hunted?

Dark Intelligence is the explosive first novel in a brand-new trilogy from military SF master Neal Asher and a new chapter in his epic Polity universe. 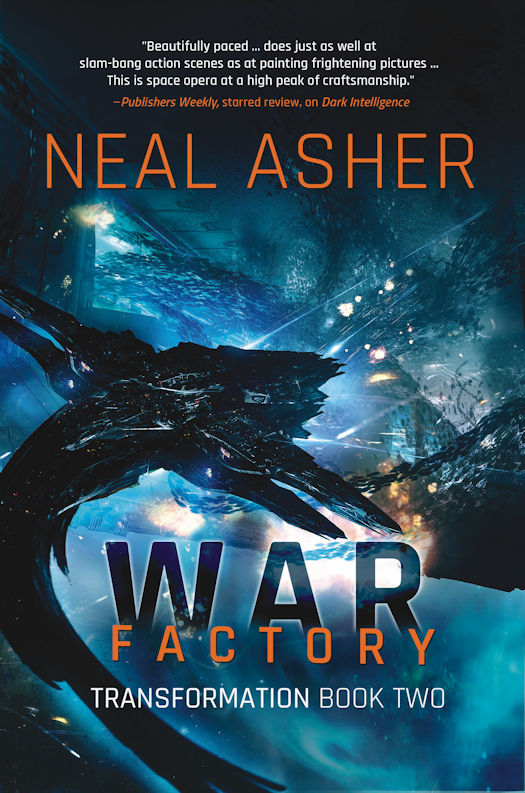 Thorvald Spear, resurrected from his death over a hundred years earlier, continues to hunt Penny Royal, the rogue AI and dangerous war criminal on the run from Polity forces. Beyond the Graveyard, a lawless and deadly area in deep space, Spear follows the trail of several enemy Prador, the crab-like alien species with a violent history of conflict with humanity.

Sverl, a Prador genetically modified by Penny Royal and slowly becoming human, pursues Cvorn, a Prador harboring deep hatred for the Polity looking to use him and other hybrids to reignite the dormant war with mankind.

Blite, captain of a bounty hunting ship, hands over two prisoners and valuable memplants from Penny Royal to the Brockle, a dangerous forensics entity under strict confinement on a Polity spaceship that quickly takes a keen interest in the corrupted AI and its unclear motives.

Penny Royal meanwhile continues to pull all the strings in the background, keeping the Polity at bay and seizing control of an attack ship. It seeks Factory Station Room 101, a wartime manufacturing space station believed to be destroyed. What does it want with the factory? And will Spear find the rogue AI before it gets there? 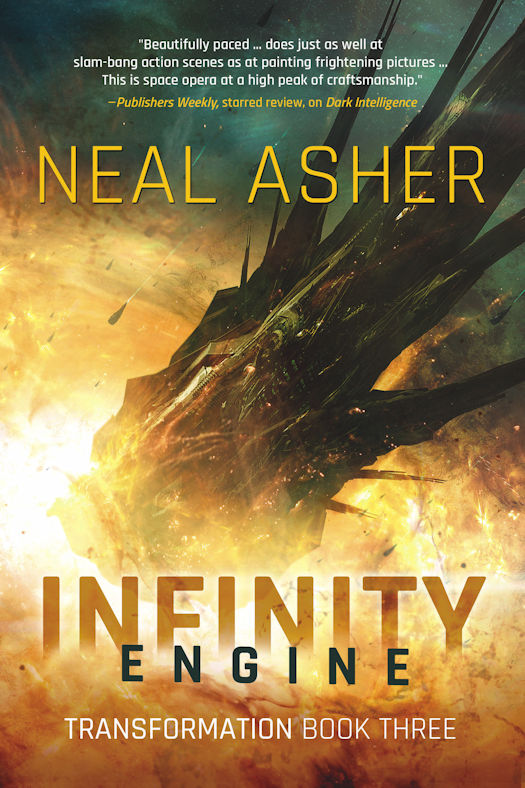 In the outskirts of space, and the far corners of the Polity, complex dealings are in play.
Several forces continue to pursue the deadly and enigmatic Penny Royal, none more dangerous than the Brockle, a psychopathic forensics AI and criminal who has escaped the Polity’s confinements and is upgrading itself in anticipation of a deadly showdown, becoming ever more powerful and intelligent.

Aboard Factory Station Room 101, the behemoth war factory that birthed Penny Royal, groups of humans, alien prador, and AI war drones grapple for control. The stability of the ship is complicated by the arrival of a gabbleduck known as the Weaver, the last living member of the ancient and powerful Atheter alien race.

What would an Atheter want with the complicated dealings of Penny Royal? Are the Polity and prador forces playing right into the dark AI’s hand, or is it the other way around? Set pieces align in the final book of Neal Asher’s action-packed Transformation trilogy, pointing to a showdown on the cusp of the Layden’s Sink black hole, inside of which lies a powerful secret, one that could destroy the entire Polity.