Please welcome Eleanor Wasserberg to The Qwillery as part of the 2017 Debut Author Challenge Interviews. Foxlowe was published on April 4th by Penguin Books. 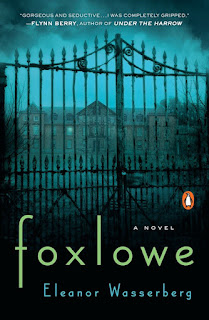 Eleanor:  Thank you for having me! I wrote a lot of stories (and some awful poetry) as a child and started writing seriously in my twenties. I was and am a voracious reader and it just felt natural to explore making my own versions of the fictional worlds and characters I love. I was encouraged by some fantastic teachers which gave me the confidence to think I could do it.

Eleanor:  A hybrid, in that I sketch out reasonably detailed plots on A3, make mind maps in pretty colours, jot down “what if” plot ideas on post it notes and on my phone...then proceed to largely ignore it all!

Eleanor:  The awful swampy stage where you have the idea and the basics in place and you just have to slog through the “bad writing” part to get a first draft down. I wish I could try to craft beautiful sentences and play with voice and style—the fun part—but I don’t get to do that until the first draft is finished! It’s just how I write and I really envy writers who are able to craft beautifully as they go.

Eleanor:  I’m sure I’m not conscious of all of it; 'Foxlowe' has glimmers of music, memory and people that I’ve drawn on, as well as the more obvious influence of that particular landscape and my interest in group psychology. Writers whose work I admire, of course, like Atwood, Sarah Waters, Nicole Krauss, A.S Byatt, Michael Chabon, Jeffrey Eugenides, Frances Hardinge, the Brontes...I could go on and I’m sure I’ve forgotten loads...all of that reading seeps into my writing too.

TQ:  Tell us something about Foxlowe that is not found in the book description.

Eleanor:  The “double sunset” that forms an important part of the narrative is a real optical illusion that happens in the area where the book is set around the summer solstice—the hill called The Cloud has a double peak and when the sun sets it appears to do so twice when viewed from certain vantage points.

TQ:  What inspired you to write Foxlowe?

Eleanor:  A large part of my inspiration was the landscape of the Staffordshire Moorland, where I grew up and where the book is set. I was born near a tiny village called Ipstones and grew up in another little village called Yarnfield, both very close to the moorland, so that landscape has always had a strong hold on my imagination. It’s a wonderfully spooky place, with ancient burial chambers, stone circles and the sites of medieval gibbets. There’s all kinds of local folklore about moorland spirits and ghosts. It just seemed such a rich place to set a story!

TQ:  Your publisher describes Foxlowe as "...a modern gothic novel..." What appeals to you about the gothic and do you have any favorite gothic novels?

Eleanor:  I’m drawn to the strand of gothic that causes the reader to question what is really supernaturally frightening and what is psychological; that for me is so much more terrifying than a straightforward spirit or monster. So ‘The Turn of the Screw’, with its puzzle over whether the governess is truly haunted or mad, ‘Jane Eyre’, and modern gothic such as Sarah Waters’ ‘The Little Stranger’ and Shirley Jackson’s ‘We Have Always Lived In The Castle’ are among my favourites.

TQ:  What sort of research did you do for Foxlowe?

Eleanor:  I did things backwards, so I plotted out and wrote quite a lot of Foxlowe before I did some background research, then I fed that into the novel and twisted things to fit! I read quite a lot about group psychology (e.g the Milgram and Stanford experiments) and the psychology of superstition, which gave me the image of the shoal, and also the idea for the use of the stories at Foxlowe. I also found some cult survivor narratives; I remember one talking about the “authentic self” and “the cult self”, and that the two are always at war- that gave me the idea of the two names, two selves structure.

Eleanor:  The Penguin USA cover was designed by Alison Forner and depicts the house, Foxlowe, from outside the gates, under a dark sky. It is gorgeously gothic- it looks so much like the house in my own imagination, with the huge rusted gates and the glow of a candle in one of the windows. The colours are just right too; it reminds me of the kind of muted dreamscape of memory, which is perfect for the novel. For me it’s a nice nod to the opening of ‘Rebecca’, which was another big influence on ‘Foxlowe’.

TQ:  In Foxlowe who was the easiest character to write and why? The hardest and why?

Eleanor:  I found Freya easy to write because I’d been working on her for a long time, in various short stories and guises. I knew her voice, back story and how she thinks. Richard was quite difficult because he is so muted and almost blank in Green’s memory that I found I had to work hard to give him some texture.

Eleanor:  Foxlowe isn’t a social issues novel as such but it does pose questions about how society deals with, or fails to deal with, ineffective and weak adults who have a huge impact on the children in their care, and how utterly useless society can be at then helping those children as adults. An early reviewer of Foxlowe, the author Liz Nugent, described the novel as“the story of a girl desperate for motherly love”, which I loved because it’s exactly how I had framed it in my mind, particularly in the second section.

TQ:  Which question about Foxlowe do you wish someone would ask? Ask it and answer it!

Eleanor:  “Can you explain who Blue really is?”

Blue is Richard’s natural daughter, so she really is Green’s sister. Her mother is a Leaver who is discussed early in the novel; I don’t write her story, but she was young and pretty, and when Richard got her pregnant a jealous Freya kicked her out. Freya then goes to claim the baby, and Richard takes sole custody. I like the idea that Blue has another life outside that she could have led. She was a Leaver before she was even born.

TQ:  Give us one or two of your favorite non-spoilery quotes from Foxlowe.

Eleanor:  My favourite ones are definitely spoilers, so here are some runners up!

“Wait. I don’t need Freya to tell it. Let me tell you. I remember it and it is my story now.”

Eleanor:  I’m working on a first draft of a novel called ‘Portrait of Girl in a Red Dress’, based on the real painting that hangs in the National Museum of Poland in Kielce. The painting is of my great great aunt, and the novel is about a fictionalised version of her life and her escape from Krakow in 1939.

Eleanor:  It’s been my pleasure! 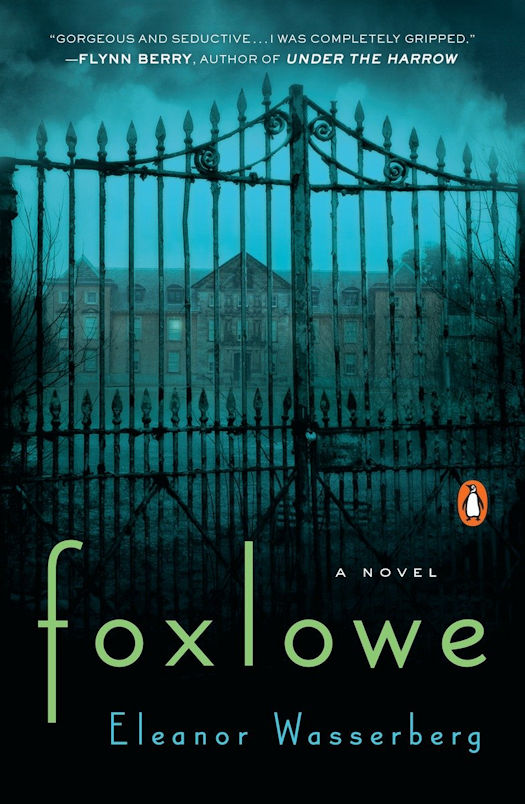 An astonishing literary debut about a young girl’s coming of age in the haunting, enchanting world of an English commune—a modern gothic novel with echoes of Room and Never Let Me Go

Foxlowe is a crumbling old house in the moors—a wild, secluded, and magical place. For Green, it is not just home, but everything she knows.

Outside, people live in little square houses, with unhappy families and tedious jobs. At Foxlowe, Green runs free through the hallways and orchards, in the fields and among the Standing Stones. Outside, people are corrupted by money. At Foxlowe, the Family shares everything. Outside, the Bad is everywhere. At Foxlowe, everyone in the Family is safe—as long as they follow Freya’s rules and perform her rituals. But as Green’s little sister, Blue, grows up, she shows more and more interest in the Outside. Before long she starts to talk about becoming a Leaver. . . .

Building inexorably to its terrifying climax, Foxlowe tells a chilling, irresistible story of superstition and survival, betrayal and redemption, and a utopia gone badly wrong.

Eleanor Wasserberg holds a BA in English and classics from Oxford and an MA in creative writing from the University of East Anglia. Foxlowe is her first novel.