Here are our thoughts our top 3 Self-Published Fantasy Blog-Off 2016 finalists (excluding the novel that we chose as a finalist). 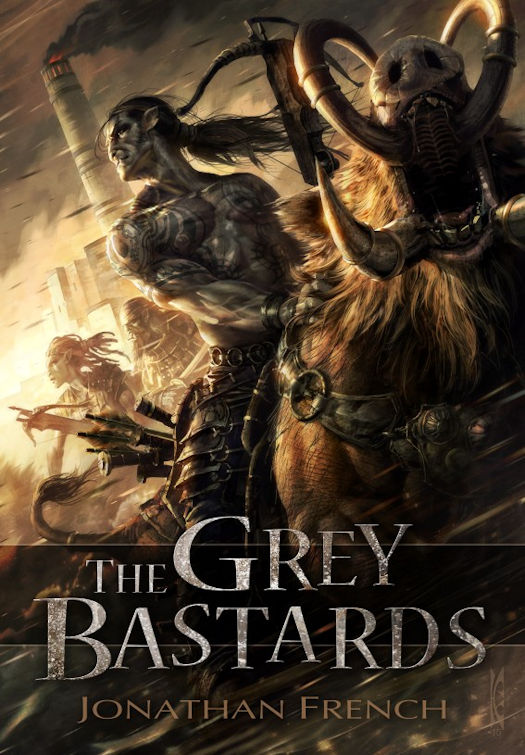 LIVE IN THE SADDLE. DIE ON THE HOG.

Such is the creed of the half-orcs dwelling in the Lot Lands. Sworn to hardened brotherhoods known as hoofs, these former slaves patrol their unforgiving country astride massive swine bred for war. They are all that stand between the decadent heart of noble Hispartha and marauding bands of full-blood orcs.

Jackal rides with the Grey Bastards, one of eight hoofs that have survived the harsh embrace of the Lots. Young, cunning and ambitious, he schemes to unseat the increasingly tyrannical founder of the Bastards, a plague-ridden warlord called the Claymaster. Supporting Jackal’s dangerous bid for leadership are Oats, a hulking mongrel with more orc than human blood, and Fetching, the only female rider in all the hoofs.

When the troubling appearance of a foreign sorcerer comes upon the heels of a faceless betrayal, Jackal’s plans are thrown into turmoil. He finds himself saddled with a captive elf girl whose very presence begins to unravel his alliances. With the anarchic blood rite of the Betrayer Moon close at hand, Jackal must decide where his loyalties truly lie, and carve out his place in a world that rewards only the vicious.

If you take the orcs, the elves and the dwarves from Middle Earth, mix in some rampaging centaurs with a big helping of not very nice humans, quite a bit of swearing and a multi-layered plot then you have The Grey Bastards. Set in the bleak landscape of ‘the Lotlands’ The Grey Bastards, an elite group of half orc militia. protect their community from almost everyone else. The hero of this tale is not a tall dark and handsome knight on a white charger but rather, a greyish green half orc named Jackal who thunders onto the battle field on enormous multi-tusked hog. That doesn’t make him any less heroic. When Jackal discovers that elvin women are being held captive by a sludge monster, that the leader of Bastards might be involved and there are more and more incursions of full blooded orcs killing his friends and community then Jackal decides to take a stand….and one he might not survive.

I tentatively started The Grey Bastards as I wasn’t completely sure I would like it. I am not normally a fan of this type of fantasy so when I found myself staring at the cover I decided to give it a go. I loved it. This isn’t a book if you are sensitive to blood, guts and swearing so be warned but the plot is soo engaging. Despite Jackal’s penchant for prostitutes, overuse of certain misogynistic words used by some presidents and the fact he had tusks, he was very much the traditional hero – tall, handsome, fights the good fight and protects the innocent.

French has crafted an ambitious but intricate plot. I never knew what was going to happen next or whether Jackal would live to tell the tale. This is a sign of a good book in my view. I could very easily recommend this as one of the best books of SPFBO 2016 and potentially one of my favourite books of this year. 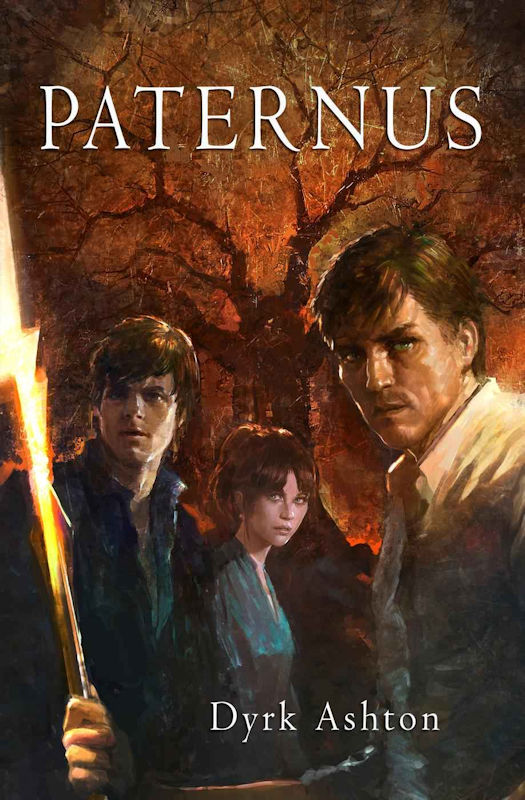 Gods, monsters, angels, devils. Call them what you like. They exist. The epic battles between titans, giants, and gods, heaven and hell, the forces of light and darkness. They happened. And the war isn't over.

17 year old Fi Patterson lives with her stuffy English uncle and has an internship at a local hospital for the aged. She doesn't know what she wants to do with her life, misses her dead mother, wonders about the father she never knew. One bright spot is caring for Peter, a dementia-ridden old man whose faraway smile can make her whole day. And there's her conflicted attraction to Zeke -- awkward, brilliant, talented -- who plays guitar for the old folks. Then a group of very strange and frightening men show up for a "visit"...

Fi and Zeke's worlds are shattered as their typical everyday concerns are suddenly replaced by the immediate need to stay alive -- and they try to come to grips with the unimaginable reality of the Firstborn.

"Keep an open mind. And forget everything you know..."

Paternus delves deeply into myth, folklore, and fairytales, and the result is a harrowing, edge of your seat adventure. Firstborn Kleron, also known as Lucifer, has plans to eradicate those of his kin whose allegiance lie with their Father, Pater. Kleron has assembled an army of mythological badasses that possess wicked powers of destruction and enjoy using them. Eighteen year old Fiona and her almost boyfriend Zeke become inextricably entangled in this bloodbath. While working at St. Augustine's hospital, she becomes attached to a patient suffering from severe dementia. As Kleron and his assassins begin to take out their adversaries, Zeke and Fiona are trapped in the middle of a violent assault with Fiona's elderly friend Peter, the intended target.

The idea of familiar (and some not so familiar) figures from mythology and folklore springing to life is very appealing. All the events are basically happening simultaneously and I was fascinated with the many different locations and subsequent deities associated with them. Each chapter gives enough backstory to familiarize the reader with figures that they might not recognize, or explains twists to very familiar legends, which I thoroughly enjoyed. Although there is a great deal of hopping from place to place, author Dyrk Ashton's skillfully keeps events clear, concise, and extremely exciting.

I did, however, find it hard to establish a connection to Fiona and Zeke. I realize Fiona is discovering enormous chunks of information about herself and doesn't stand much of a chance to shine because of the larger than life nature of her cohorts. I like Zeke a little better; in addition to his special ability, his wide knowledge of obscure legends makes him unique. Unfortunately, his humanness often left me feeling he was superfluous and inadequate. I found their characterizations to be mediocre but I suspect they will be given a chance to bloom in further installments.

This is definitely an action driven story, full of magic and arcane weapons, and at times is pretty violent. Although its many characters are introduced helter-skelter throughout the story, they each play an integral part, and I believe Ashton does a magnificent job weaving each piece together seamlessly. Also fascinating is Ashton's idea of traveling through different dimensions by "slipping" from one place to the next, and the well-explained laws that make it possible and extremely dangerous.

I am a fan of the mythology behind the many beings that populate the story and I loved learning the histories of their creation as well as the reason Kleron's faction have embarked on their bloody quest. Fast-paced, well-written, and enjoyable, Paternus is a distinctly different, adrenaline fueled fantasy that will keep readers flipping pages well into the wee hours. 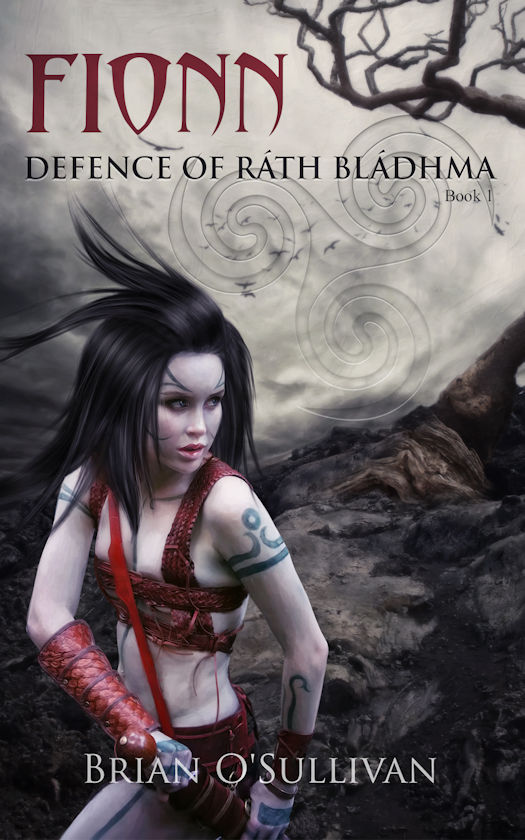 Ireland: 192 A.D. A time of strife and treachery. Political ambition and inter-tribal conflict has set the country on edge, testing the strength of long-established alliances.

Following the massacre of their enemies at the battle of Cnucha, Clann Morna are hungry for power. Elsewhere, a mysterious war party roams the forests of the ‘Great Wild’ and a ruthless magician is intent on murder.

In the secluded valley of Glenn Ceoch, disgraced druid Bodhmhall and her lover, the woman warrior Liath Luachra, have successfully avoided the bloodshed for many years. Now, the arrival of a pregnant refugee threatens the peace they have created together. Run or fight, the odds are overwhelming.

And death stalks on every side.

Based on the ancient Fenian Cycle texts, the Fionn mac Cumhaill Series by Irish author Brian O’Sullivan is a gritty and authentic retelling of the birth and early adventures of Ireland’s greatest hero, Fionn mac Cumhaill. Tender, gripping, and utterly action-packed, this is Irish/Celtic fiction as you’ve never read it before.

Finalist for the 2016 SPFBO Competition.

When I started the first few pages of Fionn: Defence of Ráth Bládhma I did a bit of an inner groan. I was convinced I wasn't going to like it but was pleasantly surprised. Set in 193 AD Ireland druid Bodmall leads a clan of outcasts in a small rath (village) in a secluded valley of Glenn Ceo. I was certain that I wasn't going to enjoy either the setting or the story however, I really enjoyed it. The characters were well developed, the plot was gripping and the characters were both realistic and interesting. It was however, the prose that really made this book. It was so very well written. Hats off to Brian O'Sullivan for telling this myth in a truly evocative way.