Guest Blog by Titus Chalk - A World of Graphic Novels


Please welcome Titus Chalk to The Qwillery. Generation Decks: The Unofficial History of Magic: The Gathering was published by Solaris on April 11th. 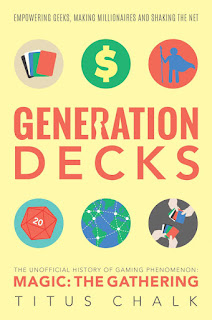 A World of Graphic Novels

Author Titus Chalk picks five of his favourite graphic novels with a twist – none of them originated in English, but all of them are now available in translation for readers who enjoy something out of the ordinary.


My new book Generation Decks: The Unofficial History of Magic: The Gathering is not only about a fantasy card game, but also a memoir of my peripatetic life. In fact, I learned to play Magic in rural New Zealand as an awkward teenager, desperate to make friends after a move from England. I’m currently living in my fourth or fifth different country (depending on how you count Scotland!) and along the way, I’ve learned different languages and had my horizons widened by all manner of cultural clutter. I’ve especially come to appreciate graphic novels from international creators – a healthy antidote to Marvel’s sprawling omnipresence. Nothing against American comics or graphic novels – I read them too – but I was raised on Britain’s 2000AD, as well as Tintin and Asterix. I’m sure those early influences helped make my taste in graphic story-telling as cosmopolitan as it is, and for that I’m grateful. So without further ado, I thought I would recommend five graphic novels that all originated in a non-English language – but which are available in translation. This list is completely biased and in no way definitive! 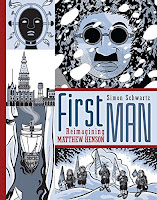 First Man: Reimagining Matthew Henson by Stefan Schwarz
The first German graphic novel I read and still amongst my favourites. First Man (or Packeis in German) is a fictionalised account of Matthew Henson’s ground-breaking journey to the geographic North Pole in1909. Henson was an African-American and became the first person to reach what was considered the Pole at the time. Schwarz spins a stunning yarn around Henson – and portrays both his friendship with the Inuits involved in the race to the Pole, as well as his shunning by the American scientific establishment because of his race. The volume is illustrated in a frosty black and blue palette and tugs at the heartstrings in the best way. It also includes an historical appendix so anyone curious about the real Henson can read up on him – and decide for themselves where the story-teller has used his artistic license. Wherever you stand on that issue though, there’s no denying Schwarz is an expert creator and perhaps Germany’s best in the medium.

A Distant Neighbourhood by Jiro Taniguchi
The world lost a gifted story-teller in February, when Jiro Taniguhi died at the age of just 69. Still, he did at least leave us with a vast treasure trove of work, including this masterpiece. In it, a Japanese salaryman takes an unexpected journey back to his home town, where he is transported back in time and into the body of his 14-year-old self. As you might expect, it’s a chance for Taniguchi to mine the nostalgia we all have for childhood. To ponder how the choices we made went on to affect our lives. To paint friendships and family ties, relationships we may have left behind, for better or worse. A Distant Neighbourhood is exquisitely melancholy and captures that seemingly omnipresent tension in Japanese culture between the quotidian and the spiritual. Taniguchi’s artwork is beautiful, too, capturing mid-century Japan in clean, uncluttered detail. 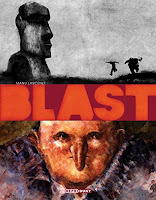 Blast by Manu Larcenent
An epic and surreal four-parter from France, about a grotesque outcast called Polza Mancini. Interviewed by police about an attempted murder Mancini tells his side of the story – an account that takes in his broken home, his fleeing ordinary life to live like a vagrant and the his discovery of a strange power he calls his “blast”. It’s a trip, an epiphany, an addictive spiritual high, and Mancini dedicates his life to triggering it, in the hope he might escape the body he despises and which is regularly brutalised by other miscreants he encounters. It’s a dark and despairing tale – one brilliantly rendered by Larcenent in brooding black and white, a palette which gives way to delirious, childish Technicolour whenever Mancini blasts. Inventive and poetic. 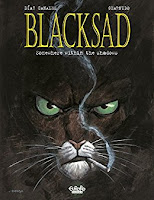 Blacksad by Juan Díaz Canales and Juanjo Guardnido
A hugely popular series of anthropomorphic noir tales by a brilliant Spanish double act. Blacksad is the archetypal private Dick, expect here he’s a black Tom cat in a world of reptilian gangsters, canine cops and, well, molls of all species. The writing wanes in the latest instalments but the first few volumes are packed with wit and the hard-bitten first person narrative we all want out of a good PI. The art is fantastic, packed with period detail and the light-hearted characterisation that casting animals in your work tends to allow. Definitely amongst the best European comic work of the 21st century.

Aya: Life in Yop City by Marguerite Abouet and Clément Oubrerie
A riotous account of life in 1970s Ivory Coast, as told by 19-year-old Aya – part of a sprawling family in the Yop City neighbourhood of the capital Abidjan. Aya is going through all the trials and tribulations of adolescence, well-known to readers wherever they may come from. She’s desperate to avoid the well-trodden path being beaten by her girlfriends – towards some knight in shining armour and a marriage her parents will approve of. She’s a natural rebel and quickly finds herself in all manner of scrapes. It’s impossible not to root for her, as she blazes a trail through Oubrerie’s sun-kissed panels, all scorched oranges and browns, or petrol blues when the characters find respite from the sun. Aya is over-flowing with charm and an essential addition to your bookshelf, if you too like your graphic novels packed with stories from around the world. 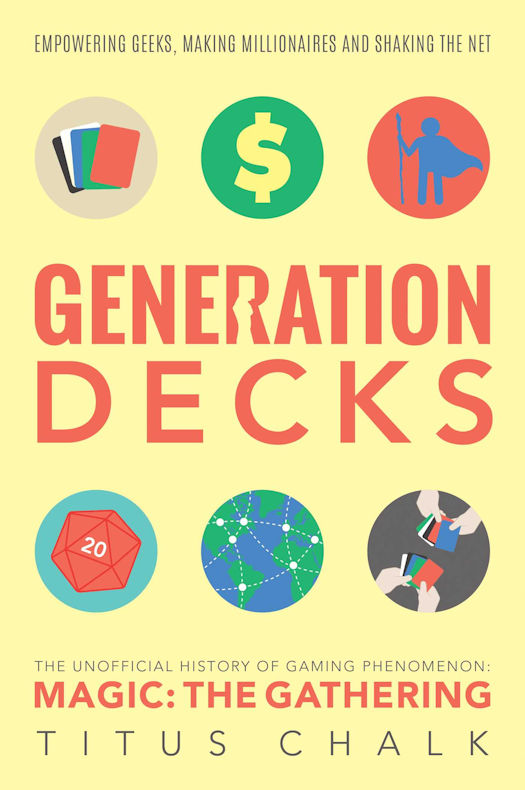 The incredible true story behind the global gaming phenomenon!

The brainchild of misfit maths genius Richard Garfield, Magic combines fiendishly complex gameplay with collectability. When it came out in the early '90s it transformed the lives of gamers who had longed for a game that combined challenging mechanics and kick-ass artwork with a chance to connect and compete with likeminded people.

Titus Chalk's tale is part biography, charting the author's own relationship with the game, part history, and part love letter to the card game that made it cool to be a geek. 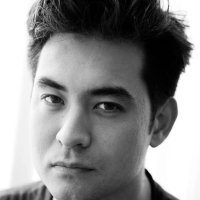 Titus Chalk is a freelance journalist based in Berlin, Germany. He writes and broadcasts about sport, culture, and games for outlets including Deutsche Welle, Tagesspiegel, and FourFourTwo. He has been playing Magic since Revised Edition and even occasionally wins. He is on the wrong side of 30, but coping, thank you.