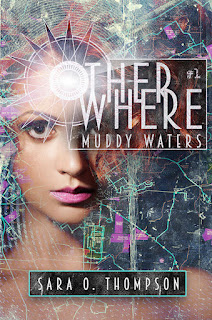 Sara:  I think the very first thing I sat down to write was a play. I was about 10 and I wrote it on a yellow legal pad. It was about a pair of sister princesses. I got my first diary when I was 11 and I journaled until my late twenties. And I started my first novel around 12. It was a shameless rip off of Lord of the Flies. It’s posted on my website somewhere. It’s like…there’s a plane crash, then four pages of description of every single character and focuses heavily on their social classes.

Sara:  Hybrid. I used to scoff at plotters, thinking they were taking the fun out of discovery and creativity. But last year, I wrote a synopsis of Muddy Waters for my publisher and I ended up churning out an outline of the whole dang series, which is supposed to be 10 books. The thing was over 70 pages long. I got a little carried away, I think. But I give myself a lot of room to work within the confines of an outline. I’ve been doing improv for almost seven years and it’s taught me the value of using a scaffold (like an outline) as a springboard to creation.

Sara:  I find different things challenging at different times. For a while it was, ‘how can I find time to write?’ Then I got that worked out at it was, ‘how do I resist editing as I write?’ The process is ever-evolving as and I grow and learn, the challenges change with me. Which is, I suppose, both encouraging and disheartening. Right now, I’m trying to write the second book while dealing with the release of the first one.

Sara:  I have a master’s degree in literature and I really thought I would be writing literary fiction or essays. Boy, was I wrong! But I think some of what I read, thought about, and talked about during my graduate studies has shaped my work. Academia left its mark on my voice, I think. But the real answer is: I steal like a crow with a basket of shiny things. My eyes and ears are always open for bits and pieces I can use, whether it be a line of dialogue, a folk tale, or a mysterious location.

TQ:  What inspired you to write Muddy Waters? What appealed to you about writing Urban Fantasy?

Sara:  In my late 20’s, I found myself getting away from reading so much literary fiction. Part of that is my husband’s fault. He kept handing me fantasy and science fiction to read, so I ended up writing the urban fantasy novel I wanted to read. I like the ability to ask what might happen if, in the case of my book, we found out that supernatural beings are real, heaven is real, and so on. Not only that, but what would that do to the religions and politics of the world?

TQ:  What sort of research did you do for Muddy Waters?

Sara:  I have no problem throwing myself down the rabbit hole of research while I’m writing. I’ll stop mid-paragraph to look up the religious practices of pre-Christian Egyptians, or find obscure Chinese folk tales, and then two hours later, I’ll have three pages of scribbled notes to incorporate into the book. Wikipedia and the History channel were both a great help.

Sara:  One of the reasons I wanted to work with my publisher, Curiosity Quills, was Eugene Teplitsky’s amazing artwork. I was so impressed with the library of covers they’d already done and I was excited to see what they’d come up with for me. I was not disappointed. Here’s a story about the cover: Eugene sent it to me and I was totally in love and I was showing it to a few close friends. Over the course of about a month, I’d shown maybe a dozen people this jpeg on my phone. I went to lunch with my friend Tricia who looks at it and says, “That’s so cool that there’s a map of Louisville on the cover.” It didn’t register to me until later that she was right. And it was another two weeks before I confessed to her that, until she had said something, I had not noticed that yes, the cover of the book features a map of the city.

TQ:  In Muddy Waters who was the easiest character to write and why? The hardest and why?

Sara:  Maybe the leader of the religious movement in the series was the hardest. I had a hard time trying to get inside the head of someone who might be seen as a zealot, or a cult leader. I find those people fascinating and complicated. Incidentally, I just started watching the series The Path, which is about a cult and it's great research for future characters.

Sara:  I absolutely wanted to include social issues in the book. What would happen to religion and politics if we discovered that the gods of myth and creatures of folklore are real? It’s not the explicit focus of the book, because that’s not what my main character is really focused on (yet…there are nine more books in the series so that could change….), but as a writer I was very interested in those questions. In this world, the revelation of the existence of Otherwhere ends up condensing religion into just a few major groups, chief among them is the Church of the Earth, whose philosophy is sort of, “Humans only, and we worship the one true God. Everybody else should go back to wherever they came from and your religions are blasphemy.” The world’s governments are fast approaching a New World Order: a whole-planet Earth-based government. In general, I’m very interested in how religion functions in a fantasy novel so I wanted to explore that in the book.

TQ:  Which question about Muddy Waters do you wish someone would ask? Ask it and answer it!

TQ:  Give us one or two of your favorite non-spoilery quotes from Muddy Waters.

Sara:  I’m a fan of, “Athena’s tits, Tessa, you could talk the paper off the walls.”

Sara:  I’ve developed a workshop that show people how to use the rules of improv to write. I’ve been doing improv comedy for about 7 years and it’s had a tremendous effect on my writing.

Sara:  Thank you so much for having me. It’s been my pleasure. 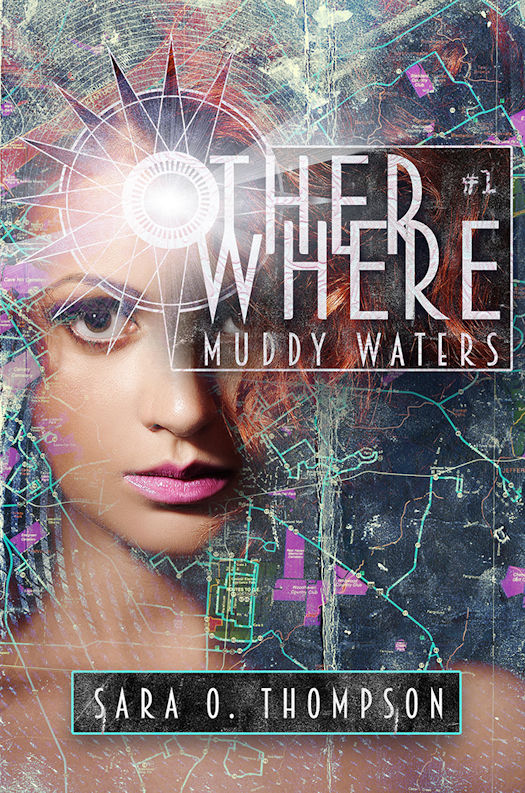 Twenty years ago, the boundary between worlds dropped. It will be a while before the political, social, and religious upheaval settles down but the good news is: now you can book a vacation to Valhalla as easily as you can go to Las Vegas. Your real estate agent might be a Wood Sprite. Your mechanic might be a Minotaur. For better or for worse, Supernormals are part of Earth life.

Five years ago, Tessa Reddick was convicted of killing her entire family: 37 Witches from one of the most powerful covens in history. She’s been locked up at Lakeland Psychiatric hospital, still grieving but mad as hell at whoever-or whatever-put her there.

Half an hour ago, a handsome FBI agent showed up to spring Tessa from the joint
-but there’s a price. A series of murders is picking off Supernormals and the feds need the help of the last known Reddick Witch.

Determined to learn who set her up for the fall, help solve the FBI crimes, and maybe get closer to her mysterious (and seriously hot) Dark Elf partner, Tessa is more than willing to play Witchy Nancy Drew.

But Tessa has few friends left and something is coming for her, too - maybe it’s the one who framed her and killed her coven, or perhaps a new foe with a taste for Witch’s blood.

Solving crimes, doing magic, drinking bourbon. It’s dirty work, but somebody has to do it. 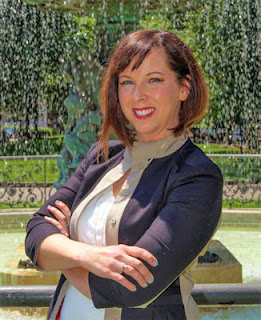 Sara O. Thompson’s first attempt at a book was prepared on a Remington typewriter and bore a suspicious resemblance to a famous novel whose title rhymes with ‘Gourd of the Spies.’ Since then, she’s written diaries, advertising copy, and a lot of poetry, besides short and long fiction. Her accolades are so minor they bear no mention here, except to say that she once received five sessions with a life coach as a prize for winning an essay contest. In her spare time, she performs improv comedy, occasionally tells stories on stage, and loves ballroom dancing. Sara lives in Louisville, Kentucky, with her husband (who is an ICU nurse) and their twin sons. Muddy Waters is her debut novel.