Happy Easter to those who celebrate and to those who don't Happy April 16th! Apologies for missing last week. I was at home in Canada where the internet was as slow as dial-up. I couldn't have posted even if I had enough to tell you about!

First up is Mira Grant's Final Girls. Esther Hoffman is a woman with a mission..a mission to debunk Dr. Jennifer Webbs invention which uses a combination of virtual reality and scenarios out of horror movie to cure psychological problems. When Esther agrees to take part in one of the scenarios in order to prove Dr. Webb is a quack she doesn't realise that she has made a life or death decision until the virtual horrors become real ones.

Grant does it again. Another great story that had me on the edge of my seat from start to finish. Grant manages to make a big story out of this novella with her well developed characters and atmospheric plot. As you may know I am not the biggest fan of short stories as I always feel a bit let down when they are over so quickly but not so, in the case of Final Girls. Grants takes the reader on a journey, albeit a short one, through Esther's virtual reality life. With the help of Dr. Webb, Esther discovers the value of friendship and her own inner strength despite the horror of what happens to her. This is a difficult book to review as there is a lot I could say but I don't want to drop too many spoilers. What I will say is to prepare yourself for a poignant/sad ending. It took me by surprise and I had to read it twice for it to really sink in. Great short read.

I decided that I needed some airport suitable reading material and turned to my Amazon recommendations which led me to Moonshadow by Thea Harrison. This is the first in the series of the same name and introduces us to the former police consultant witch, Sophie, and Nikolas, knight of the Dark Court. When Sophie is offered the opportunity to travel to the UK to learn more about her childhood she jumps at the chance. She only just arrives in the country when she unwittingly becomes embroiled in a centuries old war between the Dark and Light Court of the Fae. Barred from his homeland Nikolas would do anything and use anyone to return home and protect those he cares about. When he discovers that Sophie holds the key to returning home he is determined that nothing will stop him from using her to get what he wants. Caught between two sides of an ancient feud Sophie tries to resist her growing attraction to the enigmatic knight of the Dark Court. Can she resist? You will have to read it to find out.

I rather liked this first instalment of Harrison's newest series. I have been reading her Elder Races series and felt that with each passing book the same plot is just re-told with new characters. I wasn't completely sure if this series is following along the Elder Races world as many of the same races are found in this series as with the original. There was just enough different to make it unique and I thought that Sophie was a more well rounded character and a bit more flawed than what I have come to expect from this author. This is the perfect read when you need a tiny bit of PNR or when you are on a long flight/commute. There is just enough happening to keep you interested and the plot isn't that complex that you are going to get lost. Hoping that Harrison avoids the same formula of the Elder Races and I will look forward to finding out what happens next.


That is it for me this week. I hope you had a great week and found your perfect read. Until next week Happy Reading. 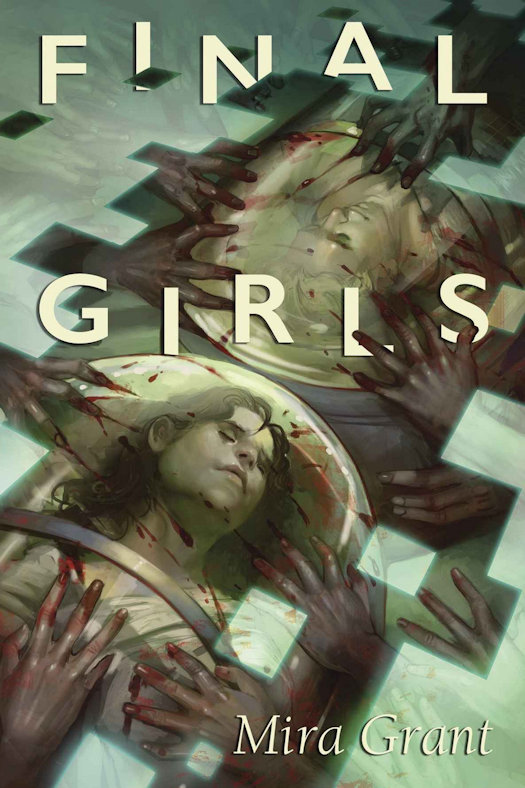 What if you could fix the worst parts of yourself by confronting your worst fears?

Dr. Jennifer Webb has invented proprietary virtual reality technology that purports to heal psychological wounds by running clients through scenarios straight out of horror movies and nightmares. In a carefully controlled environment, with a medical cocktail running through their veins, sisters might develop a bond they've been missing their whole lives—while running from the bogeyman through a simulated forest. But…can real change come so easily?

Esther Hoffman doubts it. Esther has spent her entire journalism career debunking pseudoscience, after phony regression therapy ruined her father's life. She's determined to unearth the truth about Dr. Webb's budding company. Dr. Webb's willing to let her, of course, for reasons of her own. What better advertisement could she get than that of a convinced skeptic? But Esther's not the only one curious about how this technology works. Enter real-world threats just as frightening as those created in the lab. Dr. Webb and Esther are at odds, but they may also be each other's only hope of survival.

With her new novella Final Girls, bestselling, award-winning author Mira Grant has conjured a heartstopping, gut-wrenching story filled with as many twists as it is versions of reality. Grant offers a chilling exploration of how surviving horrors might define us all. 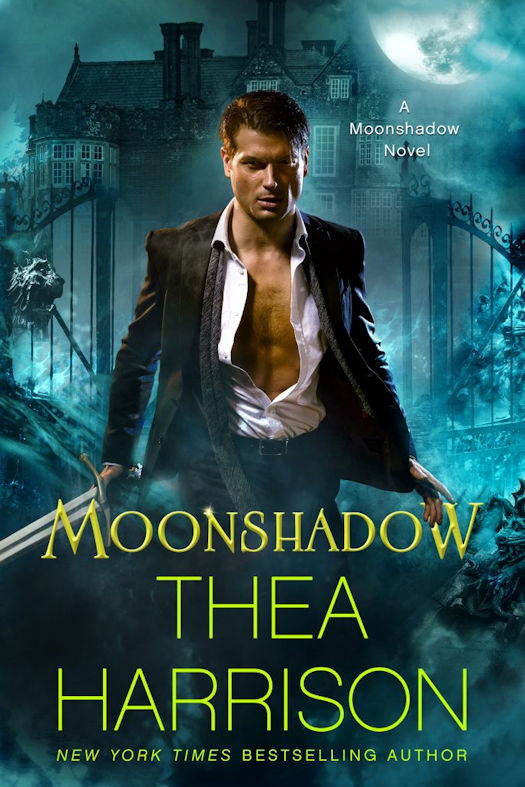 From bestselling author Thea Harrison comes the first in an explosive new trilogy set in the Elder Races world….

Her past is a blank, her future uncertain….

Recovering from a shooting, LAPD witch consultant Sophie Ross leaves her job and travels to the U.K. to search for answers about her childhood. When she encounters a Daoine Sidhe knight of the Dark Court, she becomes entangled in an ancient hatred between two arcane forces.

He has given his body and soul to fight for his people….

Barred from his homeland along with his surviving brother knights, Nikolas Sevigny is embroiled in a conflict that threatens everything he holds dear. Only by uniting his people’s resources can they hope to prevail against Isabeau, the deadly Queen of the Light Court. He will do anything and use anyone to return home to Lyonesse.

When Nikolas encounters Sophie, he sees a tool to be used. The insouciant witch might be the key to unlocking every passageway that has been barred to the knights of the Dark Court, even as a fascination for her takes root in what’s left of his soul.

Sophie has no intention of becoming anyone’s pawn, yet the fierce Nikolas is so compelling, she can’t deny the temptation that endangers her guarded heart.

As magic threatens Lyonesse, Queen Isabeau unleashes her merciless Hounds, and Nikolas and Sophie become embroiled in a race for survival. Meanwhile, the passion that ignites between them burns too hot to be denied and quickly turns into obsession.

Thank goodness they both know better than to fall in love…