Interview with Deborah A. Wolf, author of The Dragon's Legacy


Please welcome Deborah A. Wolf to The Qwillery as part of the 2017 Debut Author Challenge Interviews. The Dragon's Legacy is published on April 18th by Titan Books. 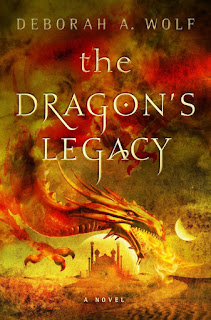 DW:  Thanks for having me! I began writing as soon as I could read, probably age four or so. I know that’s when I announced that I wanted to be a writer. When I was in second grade, I wrote my first fantasy story. The teacher read it, called my mom, and told her that I was possessed by a demon.

DW:  Plotter. My outlines have outlines. I probably have a hundred pages of outline for a three-hundred-page book, and on top of that there are constellation charts, moon charts, maps, worldbuilding notes…I may have a problem.

DW:  Right now, time is a huge factor. I have a day job and, though I like the job and my coworkers, I resent that the best and most fruitful part of each day is given over to something that barely pays the bills and creates no new beauty. I get up at 0400 as often as I can; early mornings and the occasional day off are my writing time, and I guard that jealously.

DW:  A love of the genre as a whole is the biggest influence. Since a very young age I have gone to the Shire, to Narnia, to Westeros and Sharakhai and…everywhere. I’ve battled trolls and wicked kings, I’ve thrown fireballs and loved beautiful men.

I have also, too often, been locked out of the toy box because of my gender. As a young woman, I longed to see myself in a hero’s role more often, to see myself portrayed as something more than a victim or a prize or a whore. As an allegedly mature writer, I am determined to throw my toy box open and invite everyone to come on an adventure with me.

TQ:  Describe The Dragon's Legacy in 140 characters or less.

DW:  Empires war over scraps of power as a world dies, spiders weave webs of magic and deceit, and this poor girl still can’t lose her virginity.

TQ:  Tell us something about The Dragon's Legacy that is not found in the book description.

DW:  Let me see….hmmmm…spoilery, spoilery, no, spoilery…okay, I’ve got it. The world in THE DRAGON’S LEGACY, and our world, and every other world, are all connected through Illindra’s Web through the resonance created when someone makes art, because art is the stuff of a dragon’s dreams.

TQ:  What inspired you to write The Dragon's Legacy? What appeals to you about writing Epic Fantasy?

DW:  I was daydreaming about a lost princess who finds her way home only to learn that the glittery kingdom and fabulous king aren’t all they seem…

It was supposed to be a one-off, a sword and sorcery in the desert adventure, but the secondary characters needed their stories told, as well. Once I started daydreaming about Hafsa Azeina’s side of things, it was all over for me. I love being able to see world events unfold through the eyes of different, especially conflicting, characters.

TQ:  What sort of research did you do for The Dragon's Legacy?

DW:  For worldbuilding, I researched everything from the gravitational pulls of moons to aqueducts to whether or not anyone has tried to eat camel spiders’ eggs (yes). One of the most fascinating subjects I delved into was the differences and similarities between coming-of-age ceremonies for young male and female humans. We are an odd and interesting species.

TQ:  Please tell us about The Dragon's Legacy's cover.

DW:  The cover of THE DRAGON’S LEGACY was created by the Titan Books art magicians. And yes, it depicts Akari Sun Dragon in all his furious glory.

TQ:  In The Dragon's Legacy who was the easiest character to write and why? The hardest and why?

DW:  Strangely enough, I think Sulema was the most difficult character to write. She’s not as open and honest with herself as some of the other characters, so it was more difficult for me to discern her real motivations and reactions. Again unexpectedly, Daru’s story rolled onto the page as if he were at my shoulder narrating it. I’ve never been a nine-year-old boy, but I had no problem slipping into his world.

DW:  THE DRAGON’S LEGACY is largely about social issues, though I hope I’m entertaining if not subtle in presenting these to my readers. I am writing from the heart about things that rouse me to passion; the pen is a mighty tool, and I feel moved to wield it.*

*I actually wield Scrivener and Microsoft Word. Nobody can read my handwriting.

TQ:  Which question about The Dragon's Legacy do you wish someone would ask? Ask it and answer it!

DW:  Am I dreaming, or did you write Pat Rothfuss into your book as a character?

DW2:  Ha! Back when I was an aspiring author, I very cheekily asked The Bearded One whether I might be so bold as to put him in my book. He charmingly, perhaps foolishly, agreed that I might.

TQ:  Give us one or two of your favorite non-spoilery quotes from The Dragon's Legacy.

DW:  I have two projects now, both published by Titan Books. Here we have THE DRAGON’S LEGACY, and I am hard at work on Book 2: THE FORBIDDEN CITY. I also have an odd and wonderful urban fantasy-ish story, SPLIT FEATHER, which will debut in September of this year.

DW:  The pleasure was all mine. 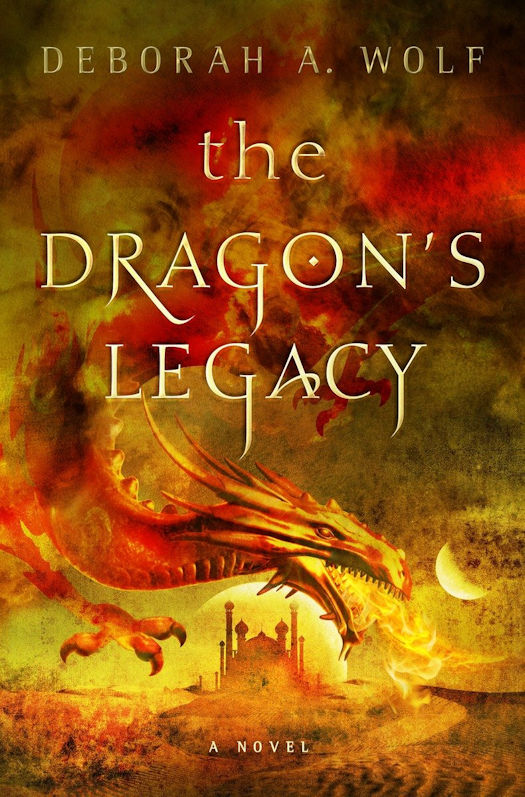 In the heart of the singing desert, the people are fading from the world. Mothers bear few live children, the warriors and wardens are hard-pressed to protect those who remain, and the vash’ai—the great cats who have called the people kithren for as long as there have been stories— bond with fewer humans each year.

High above, the Sun Dragon sings a song of life and love, while far below, the Earth Dragon slumbers as she has since the beginning of time. Her sleep is fitful, and from the darkness of her dreams come whispers of war… and death.

Sulema is a newly minted warrior of the people and a true Ja’Akari—a daughter of the unforgiving desert. When a mysterious young man appears in her home of Aish Kalumm, she learns that the Dragon King is dying in distant Atualon. As the king fades, so does the magic that sings the Earth Dragon to sleep. 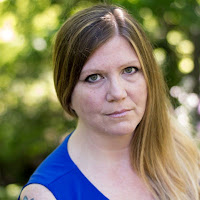 Deborah A. Wolf was born in a barn and raised on wildlife refuges, which explains rather a lot.  As a child, whether she was wandering down the beach of an otherwise deserted island or exploring the hidden secrets of Alaska with her faithful dog Sitka, she always had a book at hand.  She opened the forbidden door, and set foot upon the tangled path, and never looked back.


Deborah attended any college that couldn’t outrun her and has accumulated a handful of degrees.  She has worked as an underwater photographer, Arabic linguist, and grumbling wage slave.  Throughout it all, she has held onto one true and passionate love: the love of storytelling.

Deborah currently lives in northern Michigan with her kids (some of whom are grown and all of whom are exceptional), an assortment of dogs and horses, and a pair of demons masquerading as cats.