GOD COUNTRY #4 Rushed Back to Print!

GOD COUNTRY SERIES
BURNS THROUGH COPIES
“It’ll be the book that makes everyone say, ‘Whoa, where did this come
from?!’ ” —Nerdist
PORTLAND, OR, 04/21/2017 — The fourth issue of the bestselling series GOD COUNTRY by Donny Cates (REDNECK) and Geoff Shaw is being rushed back to print in order to keep up with overwhelming customer demand.

In GOD COUNTRY, Emmet Quinlan, an old widower rattled by dementia, isn't just a problem for his children—his violent outbursts are more than the local cops can handle. When a tornado levels his home—as well as the surrounding West Texas town—a restored Quinlan rises from the wreckage. The enchanted sword at the eye of the storm gives him more than a sound mind and body, however. He's now the only man who can face the otherworldly creatures the sword has drawn down to the Lone Star State... 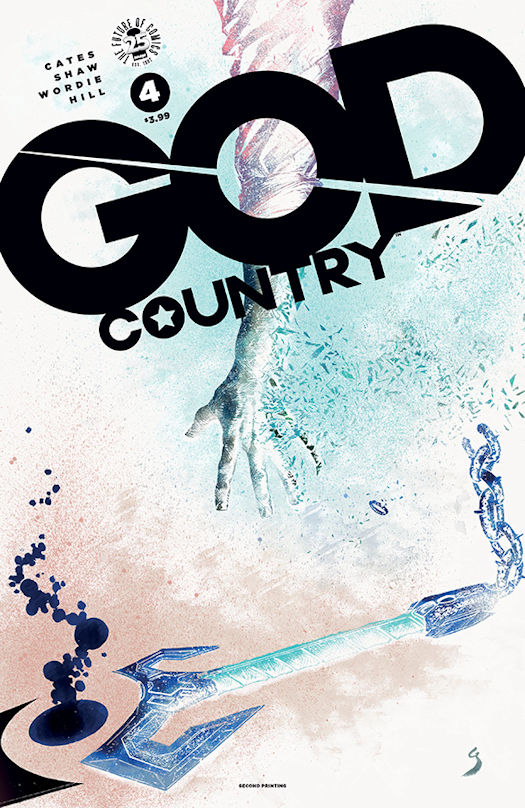