Interview with T. M. Lakomy, author of The Shadow Crucible


Please welcome T. M. Lakomy to The Qwillery as part of the 2017 Debut Author Challenge Interviews. The Shadow Crucible was published on April 25th by SelectBooks. 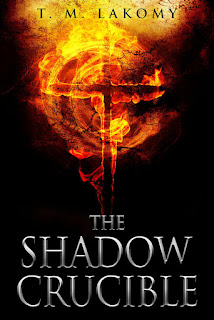 T. M.:  I started writing when I was 13, but I never took it seriously enough. I wrote little stories, and snippets of larger ones that I never finished. It was when I enrolled at university that I began to give it proper thought, especially after delving into fascinating topics such as shamanism and the Archaeology of the North (Viking Age).

I write because culturally, storytelling is an important piece of our heritage. Our morals, ethics and beliefs are woven through tales often dark and mysterious conveying the spiritual wisdom of our people and our collective memories. Since we didn’t really have much of a recorded history, oral traditions prevailed and were the backbone of our society. So, storytelling is in my blood and an important component of my identity.

There is much I would love to share with the world, and the best vehicle for my messages is fantasy, new ideas and stimulating thoughts are best spread through the conduit of storytelling and allegories. I have also a very different take on Fantasy that I believe would prove to be interesting to people.

T. M.:  I would say I am a hybrid, it depends on the flow of the story and the themes I am exploring. At times, there is little need to plot, as the story flows naturally, chartering it’s own course, and at other times there is need for careful scheming as I wish to establish a certain trajectory in the story.

I suppose it is about the destination of the story and the best manner of achieving it, but there are set rules with me.

T. M.:  The most difficult thing is the cultural context. Having grown up in North Africa as a tribal native, there is a dark and esoteric undertone to my writings. There is a psychological quest that I seek to assuage through discovering the darker aspects of our imagination and I am careful not to come across the wrong way with the audience. There are many social issues that I explore in my writing and because my part of the world isn’t really explored, there is much room for misinterpretation.

T. M.:  My experiences as a child influenced my writing. I grew up between two worlds and felt part of both at times and yet neither. Folklore plays a role in my inspiration and my Slavic maternal grandmother was full of old myths of Eastern Europe, that I prized. The monsters, demons and spiritual warriors of the Amazigh culture also influenced my writing; I grew up believing in them and they fascinated me.

I am very much influenced by the darker aspects of the human experience; wars, disasters, poverty, sorrows but also hope. There is a yearning in my writing to find answers to the world and what lies beyond.

TQ:  Describe The Shadow Crucible in 140 characters or less.

T. M.:  The novel is about a Seer who discovers the ruler of the world is an evil deity, trading in human souls so she seeks to tear down the veil and escape the world.

TQ:  Tell us something about The Shadow Crucible that is not found in the book description.

T. M.:  The Shadow Crucible explores the theme of Apotheosis, basing it on genuine theories around the Threefold death. Many deities and humans that achieved a status of godhead (glance at religions) went through some form of death initiation, returning as a god. The shamanistic transformations in the novel are not fantasy but rather detailed accounts given by Siberian shamans as they were initiated. So, there is a mixture of gnostic texts and archaeology.

TQ:  What inspired you to write The Shadow Crucible? What appeals to you about writing a Dark Fantasy?

T. M.:  The Characters in the novel have been germinating in my mind for years. I have always loved Dark Fantasy as it is somehow more raw and genuine, exploring the darker aspects of our imagination and nature thus making it more real and closer to our reality in some strange way.
My archaeological studies prompted my interests, then my fascination with apotheosis and Gnosticism. I have always been an avid explorer, desiring nothing more but to discover the origins our belief systems and mythology.

TQ:  What sort of research did you do for The Shadow Crucible?

T. M.:  It was mostly re reading the banned gospels and ascertaining whether there is a salient thread connecting them all, I intend to be thought provoking so I leveraged many notions that are deemed controversial.

TQ:  Please tell us about The Shadow Crucible's cover.

T. M.:  I discussed what I wanted the cover to look like with my publisher. I dreamed about it one night, I saw what the cover was intended to look like. In the dream there was one of the character I had imagined, and he having a full blown discussion with me over it.

A crucible is where you mix and melt metals together, and on an alchemical level it’s about achieving something new through the mingling of numerous elements. I have mingled many different esoteric religious beliefs into my novel as well as pagan traditions and sheer fantasy; the combination achieves a fresher outlook on human spirituality and folklore.

TQ:  In The Shadow Crucible who was the easiest character to write and why? The hardest and why?

T. M.:  The easiest character to write was the blind god Samael, I had a fixed idea about what he was and what he stood for, and exactly what he intended to do with the world. I based him on the Samael of the Nag Hammadi (Dead sea scrolls). He is the embodiment of evil, the true absence of light, the one who intends to dethrone the Goddess/God and continue enslaving humanity by creating false religions and waging war against one another.

The most difficult character to write was Estella; there are numerous facets to her personality and she is often confused as to where she stands on the chessboard of the gods. She is very human; loves life and its delights, not particularly interested in her gift or being part of the effort to stop Samael or Lucifer’s machinations. She is more interested in her people, those gifted by the older pagan gods, yet feels it is her duty to stand up to the Templar and the church because of her position. Her beliefs change a lot and her encounter with Lucifer furthers her confusion and fear of the world. She is a reluctant heroine, determined to do things on her own terms and refusing to “save the world” the way the Templar Mikhail wants.

T. M.:  I explore the topic of blind dogma a lot throughout the novel, the dogmatic aspect of people and religions claiming the monopoly on god and claiming to be his mouthpiece. And also, the validity of old religions and the similarities between all of them and their syncretism. I have explored social issues more in my second novel which I am polishing up.

TQ:  Which question about The Shadow Crucible do you wish someone would ask? Ask it and answer it!

“Do you believe in any of the ideology that the main protagonist subscribes to?”

The answer is yes: I do believe a lot of Estella’s worldview, question remains what it exactly is she truly believes and whether it comes out clearly in the story.

TQ:  Give us one or two of your favorite non-spoilery quotes from The Shadow Crucible.

1)  The wraiths clamoured and filled the king’s head with their ghastly whispers, and his will was threadbare and like a glass bauble, frail and liable to splinter into a million pieces. Alina was at his side with a smile that could curdle blood, pushing into a sharpened silver dagger into his hands. The king did not recoil from the beast’s touch this time.

“We own you, today and yesterday, tomorrow and for infinity, body and soul, blood and bone, mind and dreams” it hissed.

2)  “To the everlasting miracles!” he cried out softly, and his countenance darkened briefly like a passing storm. “You worship the god of lies, whether in churches or as heretics hidden in secret covens. And you war against each other, proclaiming the other one damned. But you are all lost, for the many houses of human religion are held by the string of the same master puppeteer.” His face held bleak judgement.

T. M.:  What’s next is polishing up my second novel, it has more of a horror element in it, it deals more with magical religious cults and eugenics in magic, again I draw on real things and couch them in Fantasy. 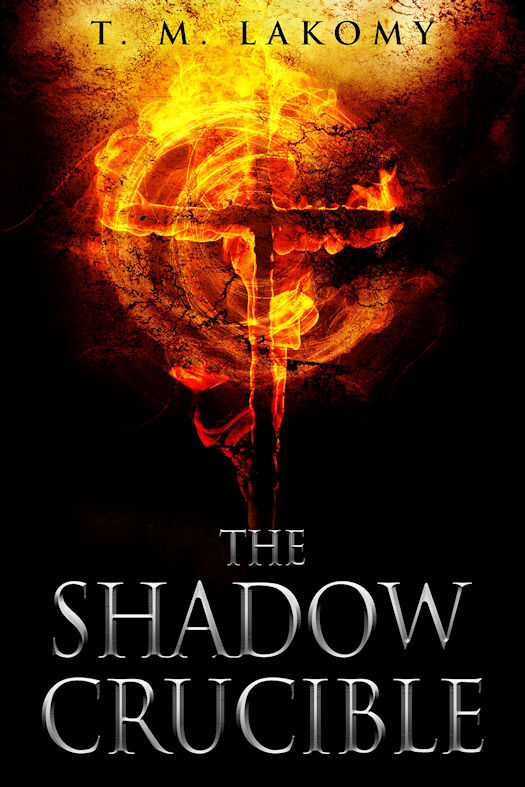 In a world where angels, demons, and gods fight over the possession of mortal souls, two conflicted pawns are ensnared in a cruel game. The enigmatic seer Estella finds herself thrown together with Count Mikhail, a dogmatic Templar dedicated to subjugating her kind. But when a corrupted cardinal and puppet king begin a systematic genocide of her people, the two become unlikely allies.

Taking humanity back to their primordial beliefs and fears, Estella confronts Mikhail’s faith by revealing the true horror of the lucrative trade in human souls. All organized religions are shops orchestrated to consume mankind. Every deity, religion, and spiritual guide has been corrupted, and each claims to have the monopoly on truth and salvation.

In a perilous game where the truth is distorted and meddling ancient deities converge to partake of the unseen battle, Estella unwittingly finds herself hunted by Lucifer. Traversing the edge of hell’s precipice, Estella and Mikhail are reduced to mere instruments. Their only means to overcome is through courting the Threefold Death, the ancient ritual of apotheosis—of man becoming God.

The Shadow Crucible is a gripping epic set in medieval England where the struggle for redemption is crushed by the powers of evil. Tamara Lakomy is a new and compelling voice in the world of dark fantasy.

Tamara Lakomy is British born but grew up in North Africa during troubled times. She resides in London.

She studied archaeology and became enamoured with the shamanistic practices of indigenous people.

She is an author and poet who seeks to challenge our notions of reality, and see life with a different perspective.

She works in East Africa with indigenous tribes studying the origins of mankind and the salient golden thread in the tapestry of humanity’s beliefs.