What's Up for the Debut Author Challenge Authors? - Part 4 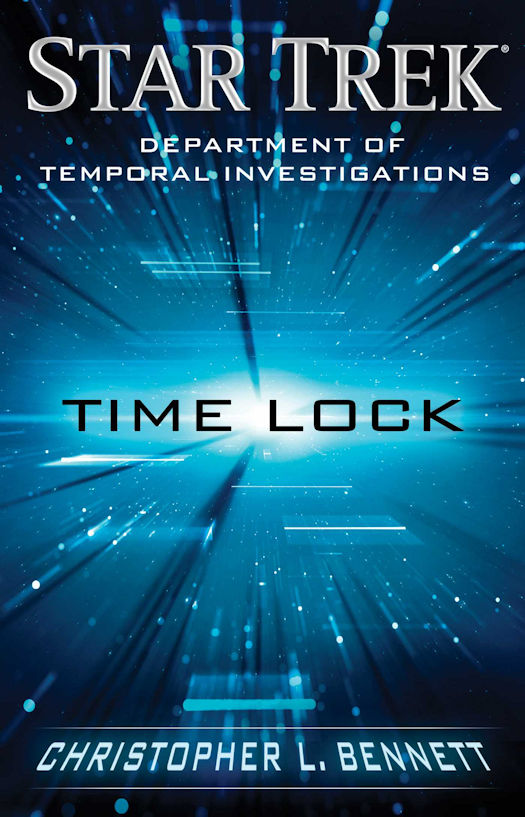 An all new Star Trek e-novella from the world of Deep Space Nine, featuring the fan-favorite Federation bureau the Department of Temporal Investigations!

The dedicated agents of the Federation Department of Temporal Investigations have their work cut out for them protecting the course of history from the dangers of time travel. But the galaxy is littered with artifacts that, in the wrong hands, could threaten reality. One of the DTI's most crucial jobs is to track down these objects and lock them safely away in the Federation’s most secret and secure facility. As it happens, Agent Gariff Lucsly and his supervisor, DTI director Laarin Andos, are charged with handling a mysterious space-time portal device discovered by Starfleet. But this device turns out to be a Trojan horse, linking to a pocket dimension and a dangerous group of raiders determined to steal some of the most powerful temporal artifacts ever known...

Investigating a series of violent raids by a mysterious predatory species, Captain James T. Kirk discovers that these events share a startling connection with the First Federation, a friendly but secretive civilization contacted early in the USS Enterprise’s five-year mission. Traveling to the First Federation in search of answers, the Enterprise suddenly comes under attack from these strange marauders. Seeking refuge, the starship finds its way to the true home of the First Federation, an astonishing collection of worlds hidden from the galaxy beyond. The inhabitants of this isolated realm are wary of outsiders, and some accuse Kirk and his crew for bringing the wrath of their ancient enemy down upon them. When an attempt to stave off disaster goes tragically wrong, Kirk is held fully accountable, and Commander Spock learns there are even deeper forces that threaten this civilization. If Kirk and Spock cannot convince the First Federation's leaders to overcome their fears, the resulting catastrophe could doom them all! 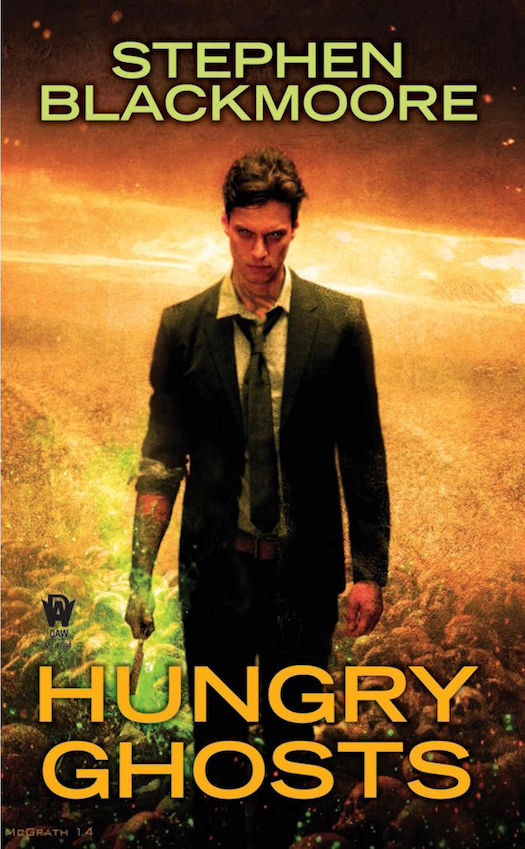 Necromancer Eric Carter’s problems keep getting bigger. Bad enough he’s the unwilling husband to the patron saint of death, Santa Muerte, but now her ex, the Aztec King of the dead, Mictlantecuhtli, has come back — and it turns out that Carter and he are swapping places. As Mictlantecuhtli breaks loose of his prison of jade, Carter is slowly turning to stone. To make matters worse, both gods are trying to get Carter to assassinate the other. But only one of them can be telling him the truth and he can’t trust either one. Carter’s solution? Kill them both.

If he wants to get out of this situation with his soul intact he’ll have to go to Mictlan, the Aztec land of the dead, and take down a couple of death gods while facing down the worst trials the place has to offer him: his own sins. 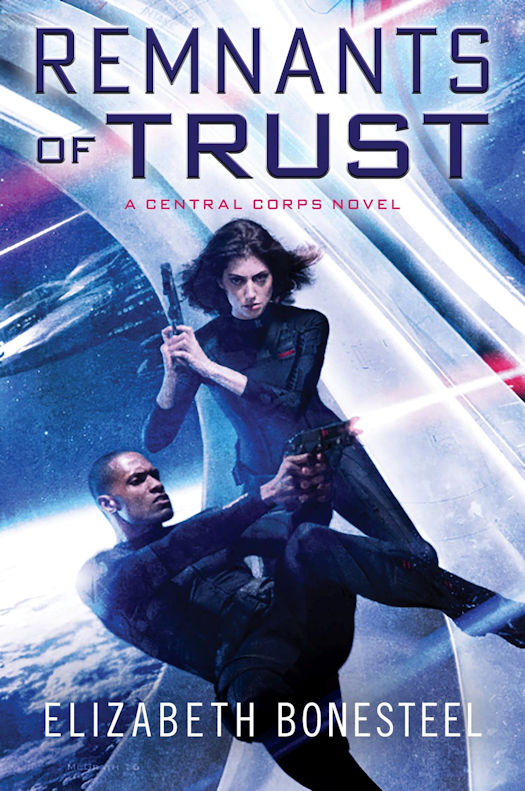 In this follow-up to the acclaimed military science fiction thriller The Cold Between, a young soldier finds herself caught in the crosshairs of a deadly conspiracy in deep space.

Six weeks ago, Commander Elena Shaw and Captain Greg Foster were court-martialed for their role in an event Central Gov denies ever happened. Yet instead of a dishonorable discharge or time in a military prison, Shaw and Foster and are now back together on Galileo. As punishment, they’ve been assigned to patrol the nearly empty space of the Third Sector.

But their mundane mission quickly turns treacherous when the Galileo picks up a distress call: Exeter, a sister ship, is under attack from raiders. A PSI generation ship—the same one that recently broke off negotiations with Foster—is also in the sector and joins in the desperate battle that leaves ninety-seven of Exeter’s crew dead.

An investigation of the disaster points to sabotage. And Exeter is only the beginning. When the PSI ship and Galileo suffer their own "accidents," it becomes clear that someone is willing to set off a war in the Third Sector to keep their secrets, and the clues point to the highest echelons of power . . . and deep into Shaw’s past. 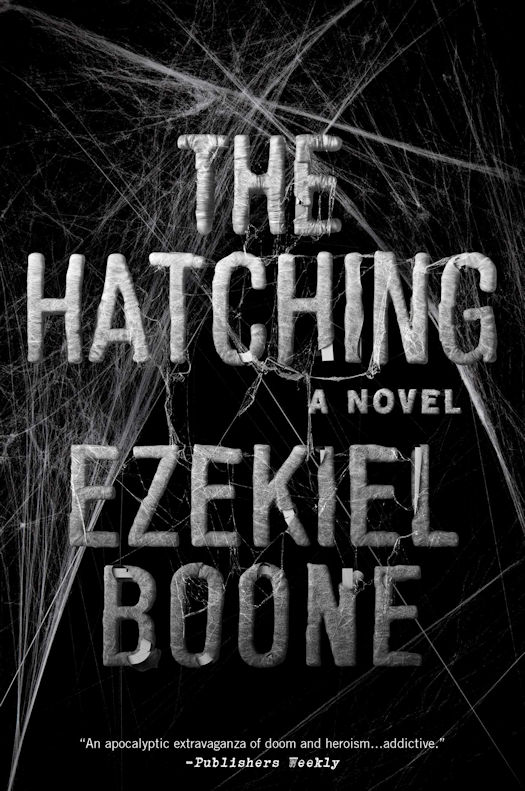 An astonishingly inventive and terrifying debut novel about the emergence of an ancient species, dormant for over a thousand years, and now on the march in this “apocalyptic extravaganza of doom and heroism" (Publishers Weekly).

Deep in the jungle of Peru, where so much remains unknown, a black, skittering mass devours an American tourist whole. Thousands of miles away, an FBI agent investigates a fatal plane crash in Minneapolis and makes a gruesome discovery. Unusual seismic patterns register in a Kanpur, India earthquake lab, confounding the scientists there. During the same week, the Chinese government “accidentally” drops a nuclear bomb in an isolated region of its own country. As these incidents begin to sweep the globe, a mysterious package from South America arrives at a Washington, D.C. laboratory. Something wants out.

The world is on the brink of an apocalyptic disaster. An ancient species, long dormant, is now very much awake. 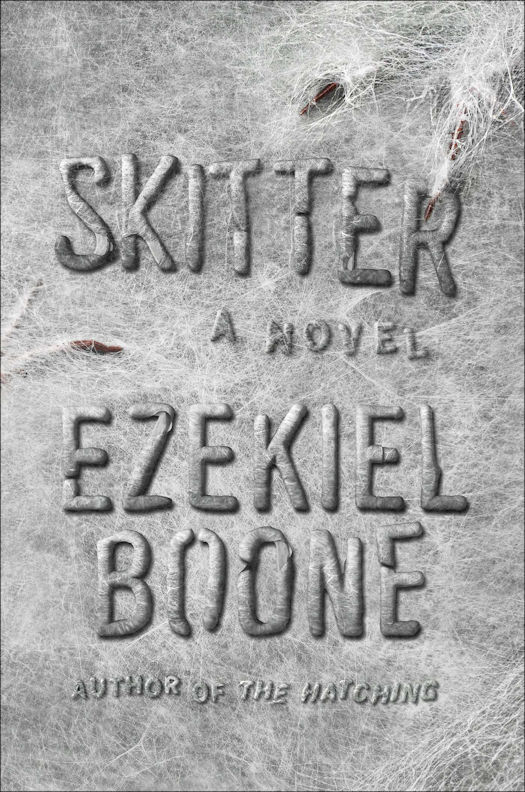 Ezekiel Boone follows up his terrifying “apocalyptic extravaganza of doom and heroism” (Publishers Weekly) The Hatching with Skitter, the horrifying sequel in which the carnivorous spiders are running rampant—but for what’s left of humanity, the worst is yet to come.

Tens of millions of people around the world are dead. Half of China is a nuclear wasteland. Mysterious flesh-eating spiders are marching through Los Angeles, Oslo, Delhi, Rio de Janeiro, and countless other cities. According to scientist Melanie Gruyer, however, the spider situation seems to be looking up. Yet in Japan, a giant, truck-sized, glowing egg sack gives a shocking preview of what is to come, even as survivors in Los Angeles panic and break the quarantine zone. Out in the desert, survivalists Gordo and Shotgun are trying to invent a spider super weapon, but it’s not clear if it’s too late, because President Stephanie Pilgrim has been forced to enact the plan of last resort: The Spanish Protocol. America, you are on your own. 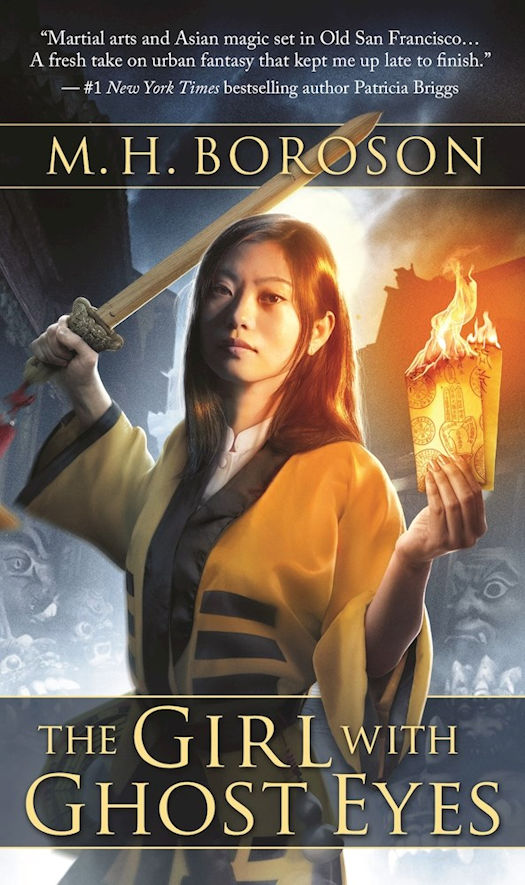 "A brilliant tale of magic, monsters, and kung fu in the San Francisco Chinatown of 1898" —Publishers Weekly, starred review