What's Up for the Debut Author Challenge Authors? - Part 10 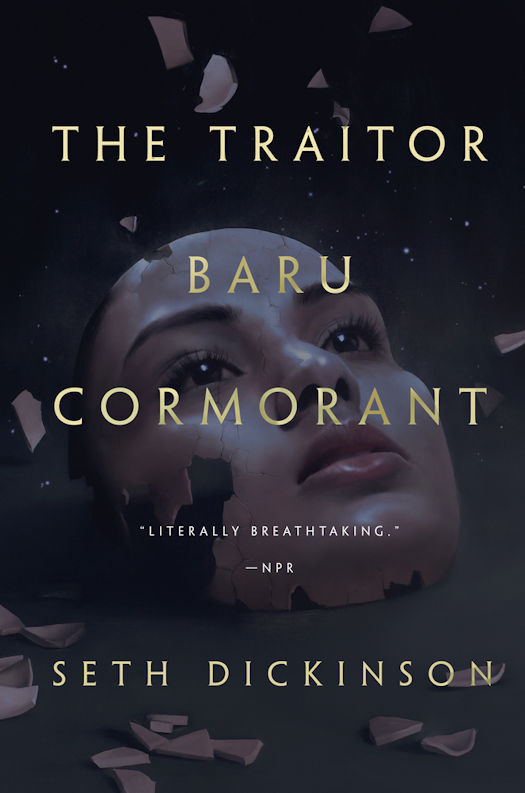 Tomorrow, on the beach, Baru Cormorant will look up and see red sails on the horizon.

The Empire of Masks is coming, armed with coin and ink, doctrine and compass, soap and lies. They will conquer Baru’s island, rewrite her culture, criminalize her customs, and dispose of one of her fathers. But Baru is patient. She'll swallow her hate, join the Masquerade, and claw her way high enough up the rungs of power to set her people free.

To test her loyalty, the Masquerade will send Baru to bring order to distant Aurdwynn, a snakepit of rebels, informants, and seditious dukes. But Baru is a savant in games of power, as ruthless in her tactics as she is fixated on her goals. In the calculus of her schemes, all ledgers must be balanced, and the price of liberation paid in full.

The Traitor Baru Cormorant is the critically-acclaimed debut novel from Seth Dickinson, one of the rising new stars in fantasy. 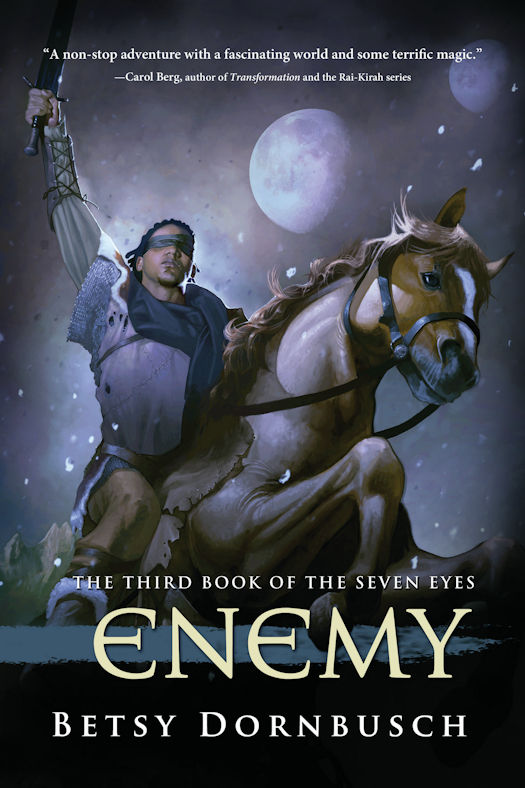 The Thrilling Conclusion to a Prince’s Quest for Revenge and Honor.

Everything Draken thinks he knows is wrong.

The last time Draken traveled Akrasia, he was the highest lord in the land. His journey before that was eased by royal favor and the grace of the gods. This time is different. His adopted country buckling under attack from religious fanatics and his Queen presumed dead, Draken must flee a deadly coup by an upstart lord. Bitter from fighting an insurmountable war and losing the life he’s built, he lets the ghosts of past mistakes drive him into vigilante revenge. But Draken is about to learn gods and wars have a way of catching up to a man.

In the thrilling conclusion to Dornbush’s Book of the Seven Eyes trilogy, follow Draken as he tries to find peace solace in a life that has been surrounded by bloodshed. Will he avenge those he cares about, while striking down those that stand in his way? Enemy covers all this and more in this epic fantasy series. 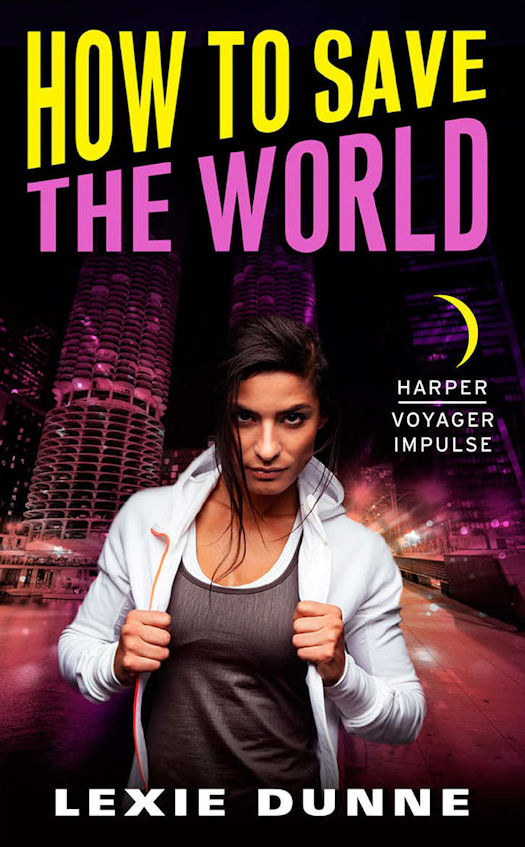 “Packed to the brim with charming characters, zippy action, and a refreshing can-do spirit, the Superheroes Anonymous series never fails to delight.”

Gail Godwin—once so famous for being kidnapped by supervillains, the media still calls her Hostage Girl—is done with superheroes and their shadowy schemes. She’s got a cute boyfriend, a great roommate, and she’s even returned to her old job. For the first time in years, life is exactly what she wants it to be.

But when a figure from her past resurfaces, he brings with him a plague that changes the game for every superhero and villain out there. Now Gail must team up with both friend and foe to help save the world she thought she had left behind.

It won’t be easy, but for Gail Godwin, nothing ever is. 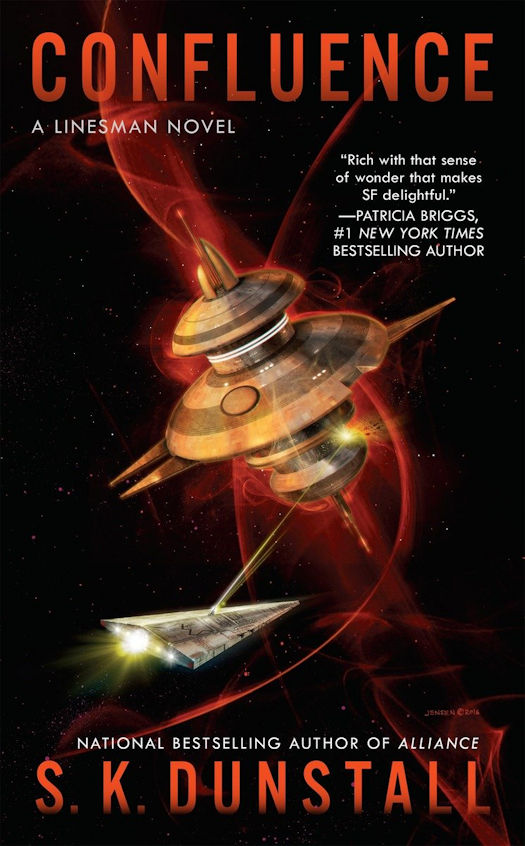 From the national bestselling author of Alliance, linesman Ean Lambert finds himself caught in a dangerous fight for political power…

The lines. Mysterious yet familiar: the key to controlling every ship in the galaxy. Once they were thought of as tools, but since linesman Ean Lambert discovered strange new lines in an alien vessel, they have become so much more—symbols of a power too great to ignore.

While the Crown Princess of Lancia seeks to share the new technology, her father, the Emperor, has other plans. His latest political maneuverings seem to be tilting the balance of control to Lancia’s favor—a move that not all members of the New Alliance are looking upon favorably.

As tensions mount, Ean and his former shipmates must unite to avert a disastrous conflict: the princess working within the tumultuous Alliance, Ean seeking the help of the impatient alien ships, and Ean’s close friend and bodyguard, Radko, embarking on a mysterious and perilous mission.

But the biggest threat comes from an unexpected source. Someone is trying to take down the New Alliance from within—and will use anything, even the lines themselves, to ensure its destruction… 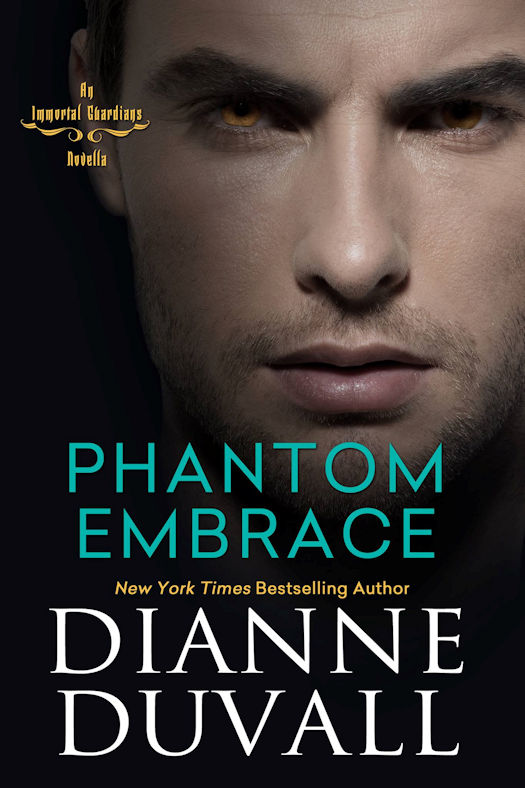 A gifted one, Yuri Sokolov was born with the ability to see spirits, but he knows better than to make contact with them. Yet he’s never seen one as lovely as Cat Seddon, the woman who haunts his home and his dreams. But amid their star-crossed love, a new danger may have Yuri facing a different kind of eternity.


Originally published in the On the Hunt anthology 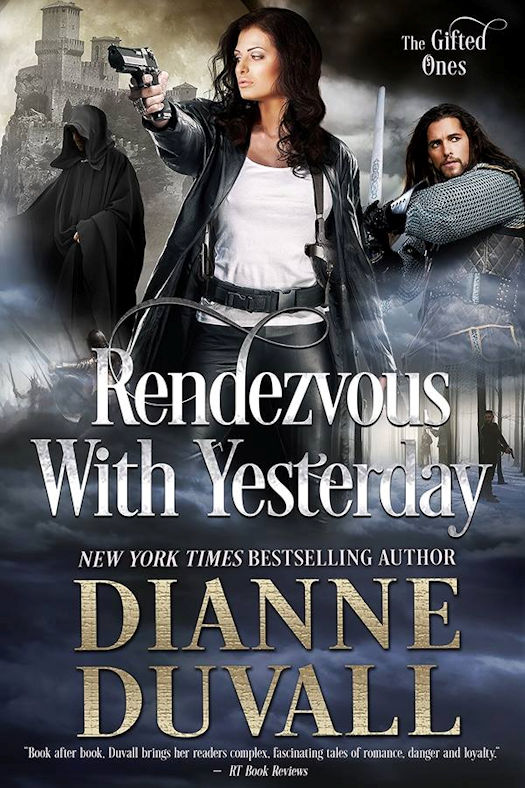 Modern-day bounty hunter Bethany Bennett helps her brother track two fugitives to a forest outside of Houston, Texas. But what should have been a routine apprehension of two bail skippers spirals out of control and ends in violence. After Beth and her brother are both seriously injured, a mysterious figure suddenly looms over her. And, when the smoke clears, Beth finds herself not only in another place, but in another time.

As Lord Robert, Earl of Fosterly, attempts to identify and track down the nameless enemy who has been plaguing his lands and people with violence, the most peculiar woman stumbles into his path. Small, vulnerable, yet possessed of a bold, fiery spirit and wicked sense of humor, she persists in dubbing Robert and his men members of something called a medieval reenactment group . . . until she sees his castle and labels herself mad. It seems bounty hunter Bethany Bennett has come to him from the future, bringing with her laughter and chaos, swiftly winning the hearts of his people and inspiring within him a love he thought he would never experience again. But when Robert discovers a way for her to return to her time, will the love they share be enough to keep them together?