What's Up for the Debut Author Challenge Authors? - Part 11 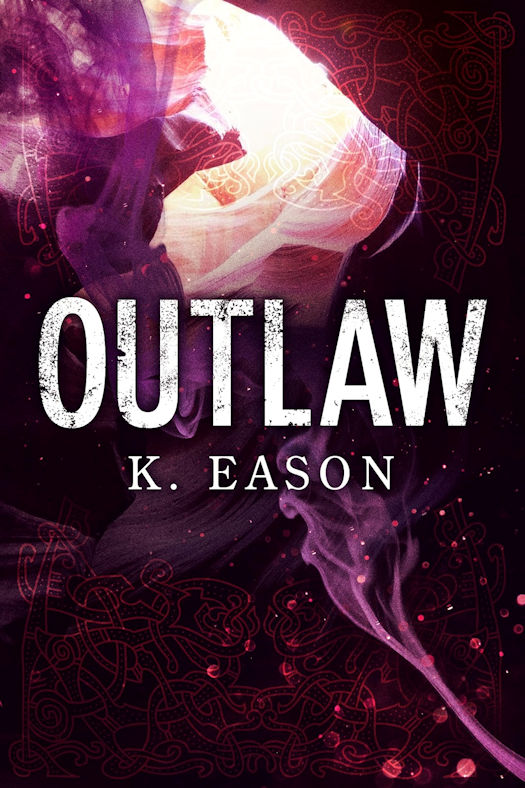 Snowdenaelikk never planned to return to the city of Illharek, but that was before the siege in Cardik, before the violent and once-forgotten goddess Tal’Shik came looking for revenge at the head of a Taliri army.

The only people who can save the Republic are Snow, her partner Veiko, and the highborn scout Dekklis. Together they mean to muster the power of the Senate and leverage the arcane knowledge of the Academy’s Archives.

Once in the city, however, they discover the situation is already dire. A rash of disappearances among highborn men and the resurgence of old heresies suggest that Tal’Shik’s godsworn have already infiltrated the city.

When Veiko is added to the ranks of the missing, Snow is done waiting. She brokers a deal with a rival god to get the power she needs to stop Tal’Shik. But Snow has never been good at making bargains, and this deal is going to cost her… 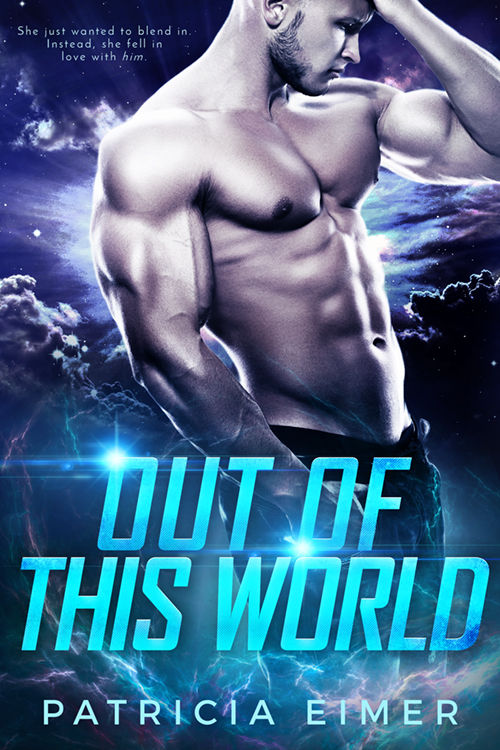 She was just trying to blend in, not fall in love…

Engaged to a murderous, intergalactic warlord, Capridocian Princess Corripraxis is running for her life and crash lands on Earth, where large creatures moo at her, threatening to expose her as an alien. If she can just get some help—in the form of the very attractive Earth male who just pulled up in a tow truck—she can hunker down in the Martian colony until she figures out her next move, right?

One hunky Marine. One sexy alien. One deranged intergalactic warlord. What could go wrong?

At the scene of an accident, a sexy woman asks ex-Marine Mattias Cadiz to take her to Roswell NM. He really should be getting on with living a nice, sane—quiet—life, but the very pretty Corri is probably on her way to the annual Convention with the other alien-crazy wackos. Still, no way he can refuse such a gorgeous, if confused, violet-eyed beauty. 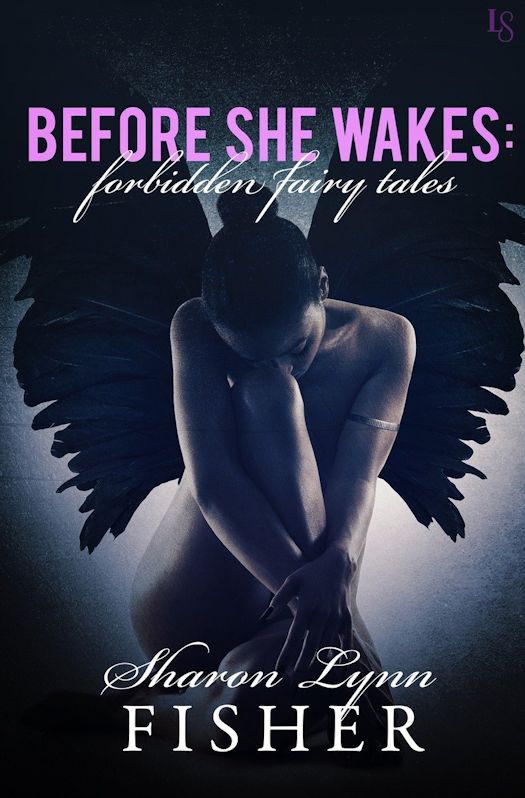 THE GARDEN RULES
After swallowing an acorn sweetmeat, Sylva is transported to a fantastical forest and begins training as a nymph at the behest of her faun master. But before she earns the right to please him, she must complete three tantalizing trials.

THE DRAGONMAID’S SECRET
On the king’s orders, a mercenary has come to ransack the village of Roussillon. But when he confronts the town’s defender, the dragonmaid Isabeau, he is overwhelmed by the most fiery passions—for this rogue is, in fact, a dragon-shifter.

RAVEN TAKES A PEARL
Pearl is a captive of Master Raven—part man, part crow, part machine. And as she submits to the curious probing of the dark-winged inventor, Pearl discovers that her body responds with an all-too-human demand: desire.

THE KELPIE’S PRIZE
Dragged beneath a fairy pool by a mechanical horse, Vivi finds herself held prisoner by an alchemist claiming to be Merlin himself. Now, to escape an ancient curse, she must play the wanton seductress—and use her body to secure the release she craves.

WILLA AND THE WISP
In the bayou that covers the long-ago flooded city of New Orleans, Willa uses light to keep her safe from the creepers. She never expected that light to take the form of a brightly glowing man—an enigmatic lover who ignites the flame within.

THE DRAGONFLY PRINCE
In post-apocalyptic Ireland, a virgin gives her hand in marriage to broker peace with a genetically modified race. But when a human rival challenges the dark prince’s claim, so begins a duel that will push the fair maiden to the limits of pleasure.

Before She Wakes is intended for mature audiences. This ebook includes a special message from the editor, as well as an excerpt from another Loveswept title. 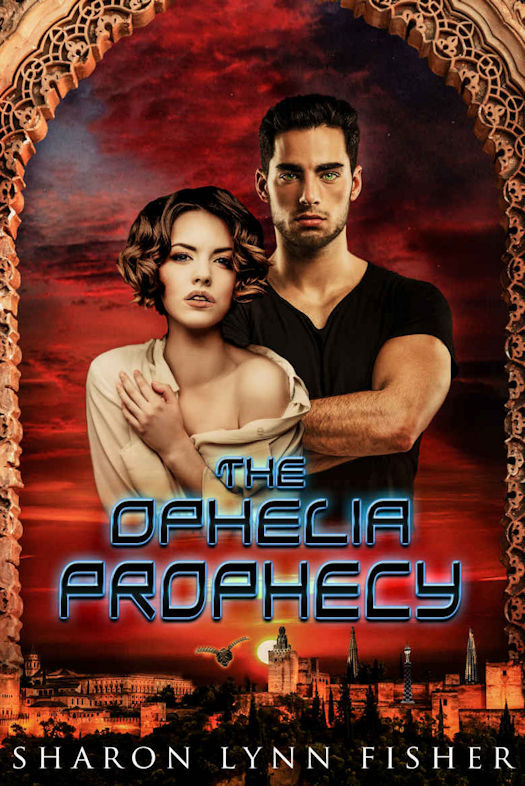 The Ophelia Prophecy is the thrilling new sci-fi romance from the author of 2013 RWA RITA finalist Ghost Planet...

Asha and Pax -- strangers and enemies -- find themselves stranded together on the border of the last human city, neither with a memory of how they got there.

Asha is an archivist working to preserve humanity's most valuable resource -- information -- viewed as the only means of resurrecting their society.

Pax is Manti, his Scarab ship a menacing presence in the skies over Sanctuary, keeping the last dregs of humanity in check.

Neither of them is really what they seem, and what humanity believes about the Manti is a lie.

With their hearts and fates on a collision course, they must unlock each other's secrets and forge a bond of trust before a rekindled conflict pushes their two races into repeating the mistakes of the past. 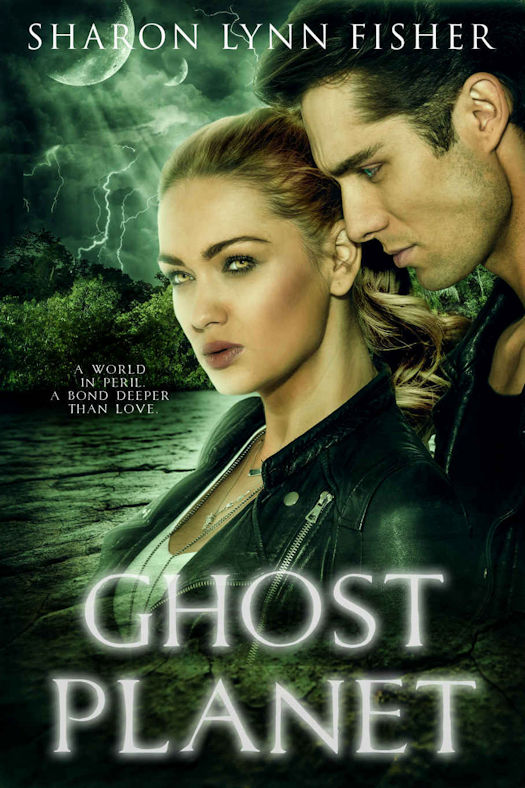 A world in peril. A bond deeper than love.
Psychologist Elizabeth Cole prepared for the worst when she accepted a job on a newly discovered world--a world where every colonist is tethered to an alien who manifests in the form of a dead loved one. But she never expected she'd struggle with the requirement to shun these "ghosts." She never expected to be so attracted to the charming Irishman assigned as her supervisor. And she certainly never expected to discover she died in a transport crash en route to the planet.

Reincarnated as a ghost, Elizabeth is symbiotically linked to her supervisor, Murphy--creator of the Ghost Protocol, which forbids him to acknowledge or interact with her. Confused and alone--oppressed by her ghost status and tormented by forbidden love--Elizabeth works to unlock the secrets of her own existence.

But her quest for answers lands her in a tug-of-war between powerful interests, and she soon finds herself a pawn in the struggle for control of the planet...a struggle that could separate her forever from the man that she loves. 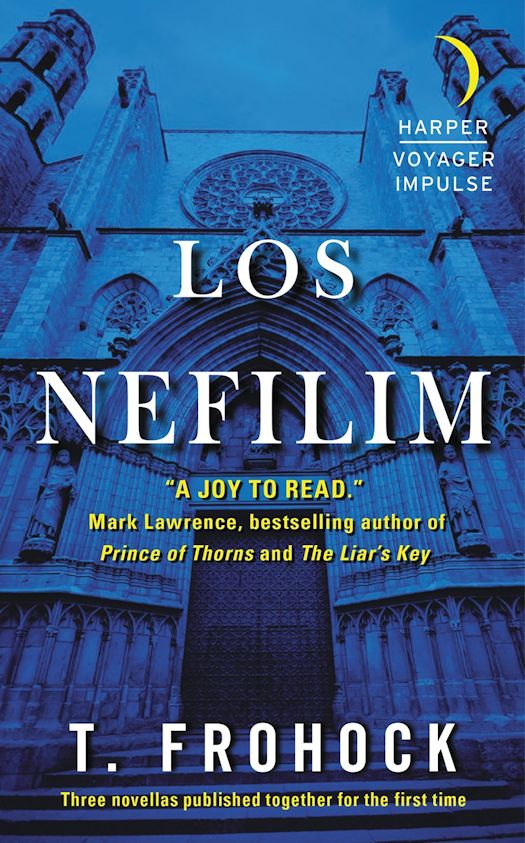 Collected together for the first time, T. Frohock’s three novellas--In Midnight’s Silence, Without Light or Guide, and The Second Death--brings to life the world of Los Nefilim, Spanish Nephilim that possess the power to harness music and light in the supernatural war between the angels and daimons. In 1931, Los Nefilim’s existence is shaken by the preternatural forces commanding them … and a half-breed caught in-between.

Diago Alvarez, a singular being of daimonic and angelic descent, is pulled into the ranks of Los Nefilim in order to protect his newly-found son. As an angelic war brews in the numinous realms, and Spain marches closer to civil war, the destiny of two worlds hangs on Diago’s actions. Yet it is the combined fates of his lover, Miquel, and his young son, Rafael, that weighs most heavily on his soul.

Lyrical and magical, Los Nefilim explores whether moving towards the light is necessarily the right move, and what it means to live amongst the shadows. 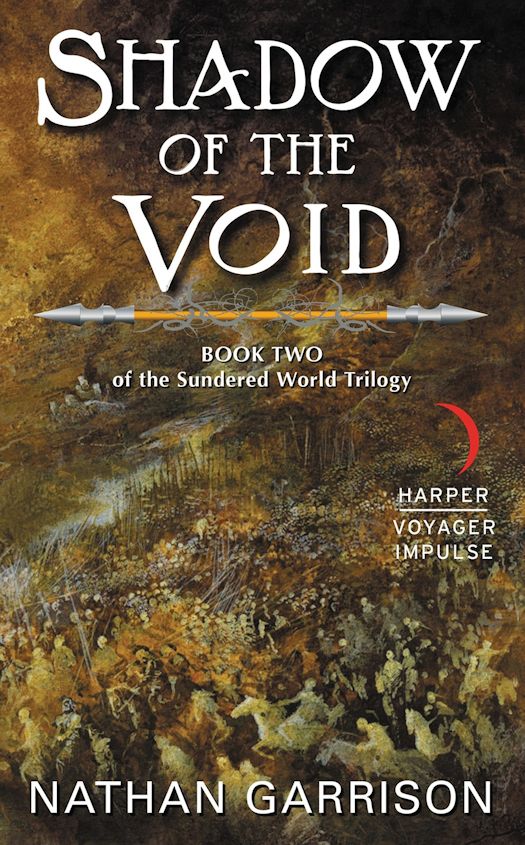 With comparisons to N.K. Jemison, Michael J. Sullivan, and Joe Abercrombie, readers have fallen in love with The Veiled Empire, the first book in The Sundered Worlds trilogy. Now, Nathan Garrison takes the story to the next level Shadow of the Void.

The Veil has fallen . . . and the gods have been woken.

For many, a new dawn has risen, as freedom from the tyrannical Emperor Rekaj has created a land replete with opportunities. But for those who had lived outside the Veil for generations, the sudden appearance of a new nation is not cause for celebration--it is the cause for war.

Yet, even as the political machinations of men and mierothi and valynkar start to manifest on a global scale, there are a few playing their own games. Whether it's the powerful combination of Vashodia and Jasside trying to carve out a country for those freed from the Veil, or the warrior Mevon and assassin Draevenus forming an unlikely alliance in search of the dark god Ruul, the world is in chaos...which might be exactly what some are counting on.

Continuing where Veiled Empire left off, Shadow of the Void shows us how individuals can shape their own destinies, but not necessarily control them.