Happy Thanksgiving fellow Canadians. I hope you are having a great long weekend full of autumnal leaves and pumpkin pie. I love pumpkin pie and I'm so very jealous that I am missing out. Anyway, enough of pie, what did I read?

I started the week with The Curse of the Silver Pharaoh by Pip Ballantine and Tee Morris which is the first in the Verity Fitzroy and The Ministry Seven series. This series focuses on the band of ragamuffin street children that have helped Agents Books and Braun in the Ministry of Peculiar Occurrences series. This first book is set before my favourite Ministry agents, before the House of Usher wreak havoc on the world but danger is still afoot. With the help of Agent Thorne three of the Seven go undercover in Delancy Academy - a school for the gifted to uncover the mystery as to why an eminent Egyptologist was kidnapped from the British Museum. What they find however, is an ancient curse and a lot of dead bodies. It's up to these intrepid youngster to save the day.

As the title suggests the story is told from young Verity Fitzroy's point of you. Verity joined the Seven after her parents died in a fire that left her without anyone to care for her. She wants answer to their deaths and is determined that solving the mystery of the Silver Pharaoh will lead her to those answers. Gifted with mechanical gadgetry young Verity fits right into the Academy but her skills lead her directly into the path of danger. Will she survive to solve the mystery and protect her fellow miniature agents?  I will let you find that out for yourself.

As much as I enjoy the Ministry of Peculiar Occurrences I have, to date, avoided reading any of the stories from the Archives as I generally don't enjoy prequels but I thought I would make an exception this time. I did feel a bit sad in a particular scene with Agent Thorne and my favourite colonial pepperpot. This would be an excellent book for younger readers as it has good mystery and great characters.

Book 2 was one I received from NetGalley - The Cogsmith's Daughter by Kate M. Colby. This is the first in the Desertera series. This story is set in a post-apocalyptic world where water is scarce and everyone struggles apart from the King and the aristocracy. Aya Cogsmith's father was executed for treason and she was forced to become a prostitute in order to survive. When the opportunity presents itself to avenge her father Aya jumps at the chance to bring down a king and her father's killer.

I thought that this sounded like a gritty tale of survival and revenge in a post apoc setting. I was however, left really disappointed. The plot and characters lacked depth and credibility. Desertera is set around a derelict cruise ship and governed by a King whose 9 wives were executed when they broke by the law by committing adultery. No one seemed to think it was odd that within months the new Queen is accused of having an affair (times 9!!!). Aya is to take part in a 'honey trap' to catch the King out but manages to find love along the way (after 1 meeting). Getting revenge for her father and the ruination of her life plays second fiddle to Aya's love life it seemed. In my opinion Colby should have set the romance to one side and focused on creating characters with depth and conviction. I appreciate that this is her first novel but I felt that The Cogsmith's Daughter was weak in characterisation and in the credibility of the plot.


That is it for me this week. I have a few more books on my TBR so fingers crossed I get through them. I am not reading as many as I had thought I would and I am still waiting for 'the' book to jump out at me. Until next Happy Reading!


The Curse of the Silver Pharaoh
Verity Fitzroy and the Ministry Seven 1
Imagine That! Studios, September 30, 2016
eBook, 217 pages 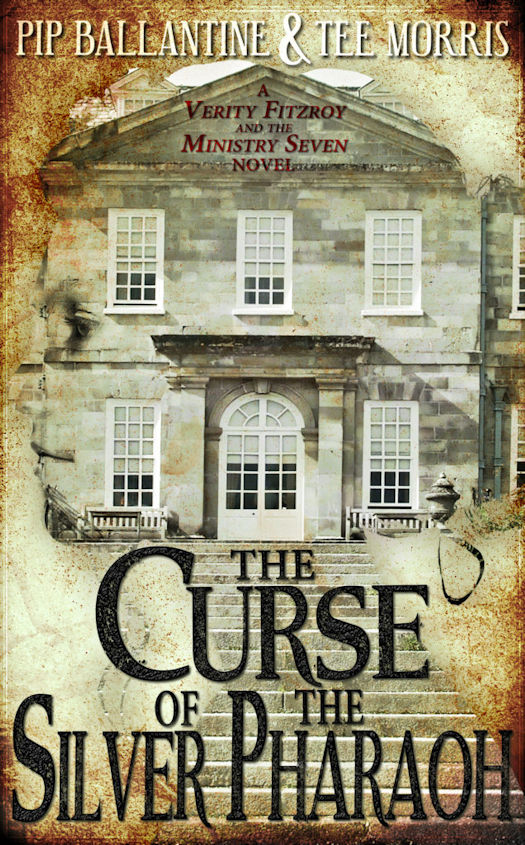 While Verity Fitzroy loses herself in magical mechanizations and fantastical science of London, she harbours secrets of the death of her parents, of a mystery she can't leave alone, and of her power over machinery that both excites and terrifies her. Verity is part of the Ministry Seven, street orphans that work for Agent Harrison Thorne of the Ministry of Peculiar Occurrences. Under his guidance, a whole new adventure begins for them all, investigating the strange, the unusual, and the bizarre.

When an Egyptologist from the British Museum is kidnapped, the only clue leads to the Delancy Academy, an elite school for gifted, young scientists. Now the Seven are called upon to go where Ministry agents cannot, and within the school Verity uncovers an ancient evil that could herald the end of the world.

The Seven set down a dangerous path of intrigue, mystery, and murder; and find that ancient curses are especially difficult to contend with when you have Chemistry assignments due the next day.

From the creators of the award-winning steampunk series comes a new adventure set in the Ministry of Peculiar Occurrences universe. 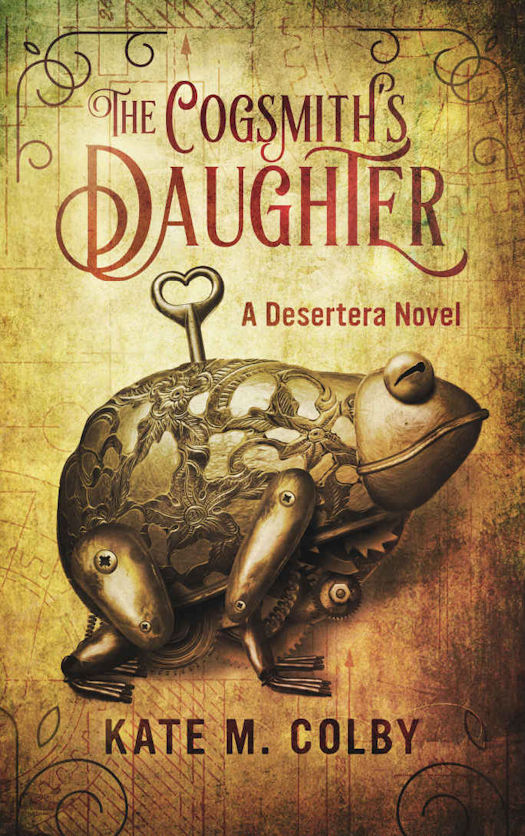 In a desert wasteland, one king rules with absolute power and unquenchable lust, until the cogsmith’s daughter risks everything for vengeance.

Two-hundred years ago, the steam-powered world experienced an apocalyptic flood. When the waters dried up, the survivors settled around their steamship in a wasteland they named Desertera. Believing the flood and drought were caused by a scorned goddess, the monarchs demanded execution for anyone who commits the unforgivable sin—adultery.

Today, King Archon entraps his wives in the crime of adultery, executing each boring bride to pursue his next infatuation. Most nobles overlook King Archon’s behavior, but when Lord Varick’s daughter falls victim to the king’s schemes, he vows revenge.

When Aya Cogsmith was a young girl, King Archon had her father executed for treason. Orphaned and forced to turn to prostitution for survival, Aya dreams of avenging her father’s death. When Lord Varick approaches Aya with plans for vengeance, she agrees to play the king’s seductress—even though it puts her at risk for execution.

Packed with high-society intrigue, dappled with seduction, and driven by revenge, The Cogsmith’s Daughter is a steampunk fantasy novel with the perfect mixture of conspiracy and romance.