What's Up for the Debut Author Challenge Authors, Part 20 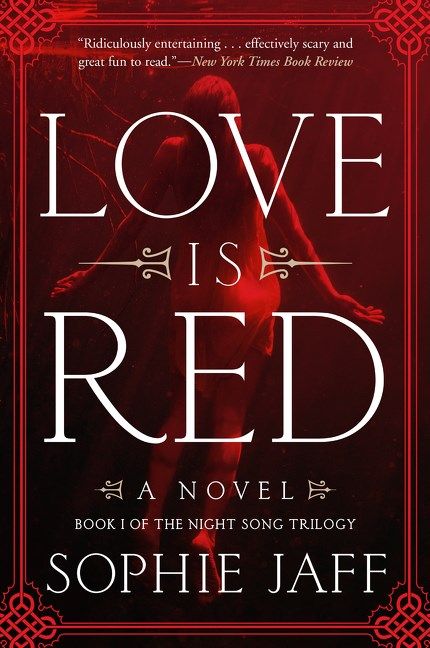 This electrifying debut—Book I of the Night Song Trilogy—spins dark suspense and literary fantasy into a mesmerizing story of seduction and survival.

Katherine Emerson was born to fulfill a dark prophecy centuries in the making, but she doesn't know it yet. However, one man does: a killer stalking the women of New York City. People think he's the next Son of Sam, but we know how he thinks and how he feels . . . and discover that he is driven by darker, much more dangerous desires than we can bear to imagine. He takes more than just his victims' lives, and each death brings him closer to the one woman he must possess at any cost.

Amid the escalating hysteria, Katherine is trying to unknot her tangled heart. Two different men have entered her previously uneventful world and turned it upside down. She finds herself involved in a complicated triangle . . . but how well does she really know either of them?

As the body count rises, Katherine is haunted by harrowing visions that force her to question her sanity. With this unforgettable novel—one that combines the literary and the supernatural, fantasy and horror, the past and the present—Katherine's moment of awakening is here. And her story is only just beginning.2011

Crown of Stars (Night Song Trilogy 2) will be published in June 2017 by Harper Paperbacks. 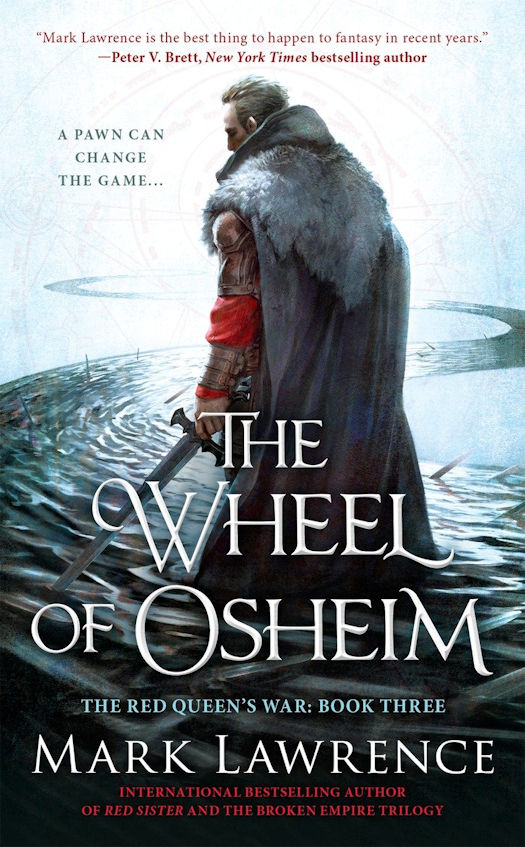 From the international bestselling author of the Broken Empire Trilogy, the thrilling conclusion to the Red Queen’s War…

All the horrors of Hell stand between Snorri ver Snagason and the rescue of his family, if indeed the dead can be rescued. For Jalan Kendeth, getting out alive and with Loki’s key is all that matters. Loki’s creation can open any lock, any door, and it may also be the key to Jalan’s fortune back in the living world.

Jalan plans to return to the three w’s that have been the core of his idle and debauched life: wine, women, and wagering. Fate, however, has other plans, larger plans. The Wheel of Osheim is turning ever faster, and it will crack the world unless it’s stopped. When the end of all things looms, and there’s nowhere to run, even the worst coward must find new answers. Jalan and Snorri face many dangers, from the corpse hordes of the Dead King to the many mirrors of the Lady Blue, but in the end, fast or slow, the Wheel of Osheim always pulls you back. In the end, it’s win or die.

A bloodstained child of eight falsely accused of murder, guilty of worse, Nona is stolen from the shadow of the noose. It takes ten years to educate a Red Sister in the ways of blade and fist, but under Abbess Glass’s care there is much more to learn than the arts of death. Among her class Nona finds a new family—and new enemies.

The Order of the Eternal Sun
A Novel of the Sylvani
Talos, August 23, 2016
Hardcover and eBook, 308 pages 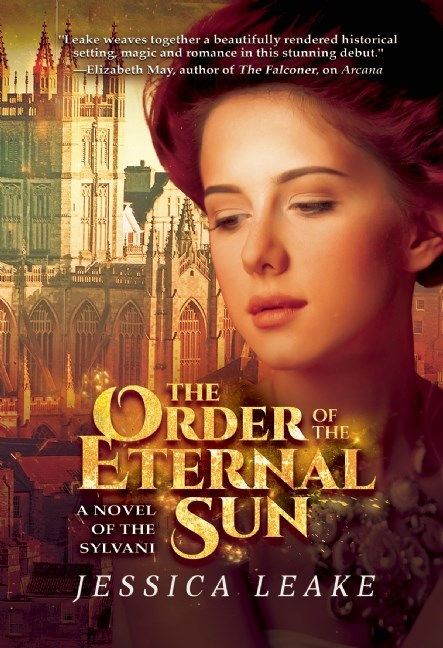 Lucy Sinclair’s debut will be a parade of everything opulent Edwardian London society has to offer. Most importantly, it will be nothing like her older sister’s dangerous experience—especially if her overprotective brother-in-law, Lord Thornewood, has his way. As if screening her dance partners isn’t enough, Thornewood insists that his brother, James, train Lucy in self-defense. She wouldn’t mind so much if her treacherous mind didn’t continue to replay the kiss they once shared.

But awkward defense lessons are the least of her problems. Her arcana, a magical talent that allows her to mentally enter any scene that she draws, grows stronger by the day. Again and again Lucy is compelled to draw a portal to her mother’s realm of Sylvania—and with each stroke of her pen, she risks attracting the attention of the Order of the Eternal Sun, the sinister brotherhood that steals the power of Sylvani blood for their own dark ends.

When a bold new suitor arrives from India, Lucy can’t help but be intrigued—though her family questions his mysterious past. But as Lucy’s own suspicions grow, and the threat of the Order looms larger, Lucy will have to learn to harness her unpredictable power or risk falling under the Order’s shadow forever. 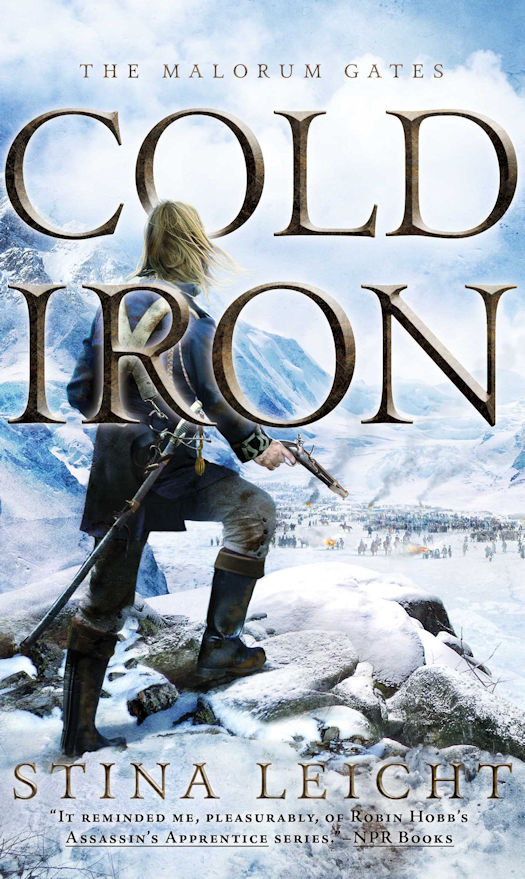 In this epic fantasy debut, which NPR Books said, “it reminded me, pleasurably, of Robin Hobb’s Assassin Apprentice series,” fraternal twins Nels and Suvi move beyond their royal heritage into military and magical dominion.

Prince Nels is the scholarly runt of the ancient Kainen royal family of Eledore, disregarded as flawed by the king and many others. Only his twin sister, Suvi, supports him. But when Nels is ambushed by an Acrasian scouting party, he does something a member of the ruling family should never do: he picks up a fallen sword and defends himself.

Disowned and dismissed to the military, Nels establishes himself as a leader as Eledore begins to shatter under the attack of the Acrasians, who the Kainen had previously dismissed as barbarians. But Nels knows differently, and with the aid of his sister, who has allied with pirates, he mounts a military offensive with sword, canon, and what little magic is left in the world. 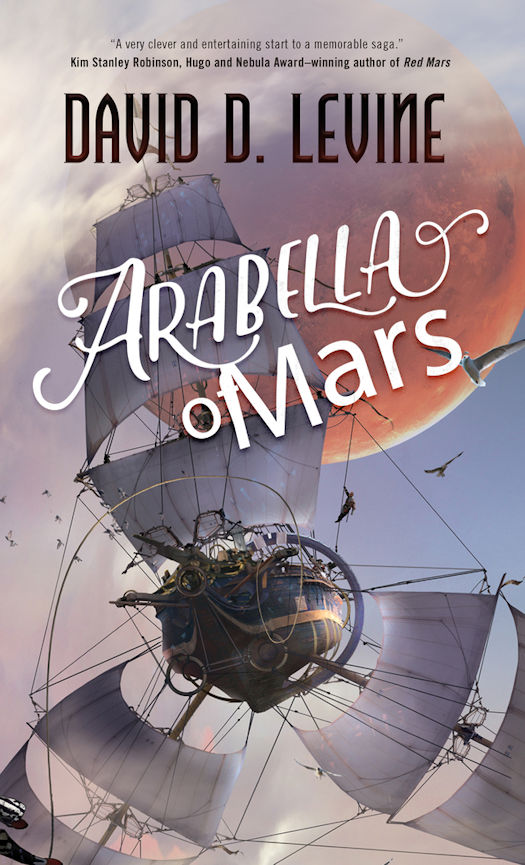 Arabella and the Battle of Venus
The Adventures of Arabella Ashby 2
Tor Book, July 18, 2017
Hardcover and eBook, 432 pages 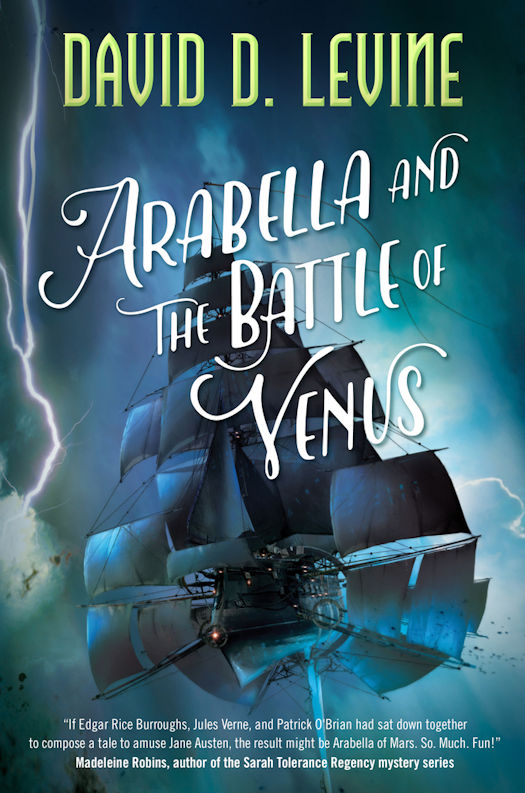