Level Grind is an omnibus print edition of the first 4 novels in The Twenty-Sided Sorceress series by Annie Bellet. It includes Justice Calling, Murder of Crows, Pack of Lies, and Hunting Season.

In her Week in Review Melanie has been reviewing The Twenty-Sided Sorceress eBooks and collected here are her reviews of the novels included in Level Grind. 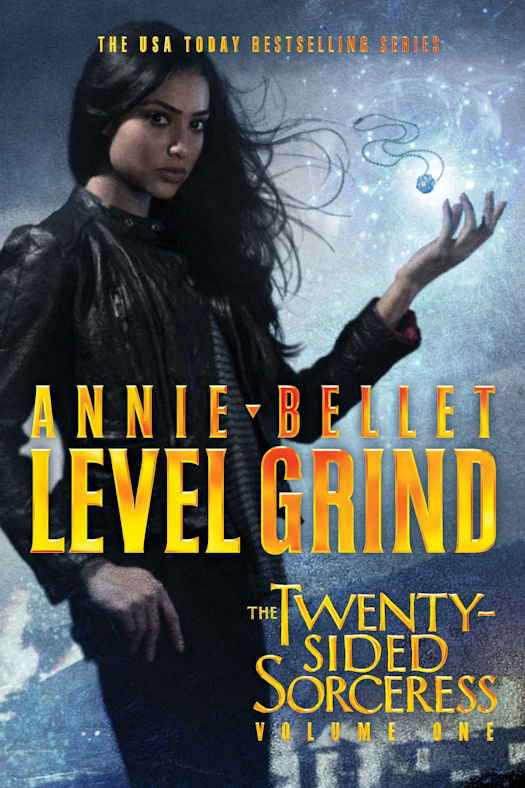 An omnibus of the first four books in the USA TODAY bestselling fantasy series--collected together for the first time in one volume. Jade Crow is a sorceress hiding from the most powerful sorcerer in the world: her ex-boyfriend.

Jade Crow lives a quiet life running her comic book and game store in Wylde, Idaho, hiding from a powerful sorcerer who wants to eat her heart and take her powers--her ex-boyfriend Samir. Yet when dark powers threaten her friends' lives, Jade must save them by using magic. But as soon as she does, her nemesis will find her and she won't be able to stand up against him when he comes.

This is the collection of the first four volumes: Justice Calling; Murder of Crows; Pack of Lies; and Hunting Season.

Wanting to read something quick and easy I went back to my Amazon recommendations and found Annie Bellet's Justice Calling. This is the first in the Twenty Sided Sorceress series (I haven't yet figured out where the series name comes from) and I quite liked it. It was a super easy and fast read. It only took a few hours to get from cover to cover. This book introduces us to Jade Crow who is a powerful sorceress in hiding. She lives in a small town, owns a comic book store and tries to keep a low profile until 'the law' comes to town and accuses her of murdering shifters. Lucky for Jade 'the law' aka a Justice comes packaged in rippling muscles and a handsome face. Jade's secret is about to be exposed when she discovers shifters, including her friends, are being petrified (not the scared petrified...the frozen like a statue variety) by magic. She has to solve the mystery, save her friends and try not to get killed in the process.

I liked Justice Calling. I thought that Bellet was able to pull off some witty writing and Jade was a likeable character. I read it so quickly that I went back to Amazon and bought book 2 - Murder of Crows. In this instalment Jade is dating the Justice, Alex from book 1, when her estranged father asks her help to find out who is murdering her former community. Duty bound Jane and Alex head out to save her family and try not to get caught by her evil ex-boyfriend who wants to each her heart and steal her magic. Again, Bellet doesn't waste time getting to the point and this was another 2-3 hour book. I enjoyed it but wonder if Bellet isn't skimming the surface a bit too much with her characters and her plot. I had to look back at my purchase history to remember that I had read this book. Not a good sign. I will still look forward to book 3 in the hopes it gains some depth.

Book 2 of the week was less intense  - Pack of Lies by Annie Bellet which is the third in the Twenty-Sided Sorceress series. I started this series a few months ago and haven't really found the story challenging but it is a quick and easy read. This instalment starts a few months after the events of book 2 where Jade is still recovering for her part in the death of her father and abandonment by the hunky Justice, Alex. Trouble seems to follow Jade when a century old peace treaty amongst the wolf shifters is threatened when both shifters and humans are found murdered. Jade and her friends try to solve the murders and try not to get killed in the process. Yet again, this was an easy read but I wasn't especially challenged. I will keep reading only for the moderately big cliff-hanger at the end of this instalment.

My second read of the week was Hunting Season by Annie Bellet. This is the fourth books of the Twenty-Sided Sorceress series. This instalment starts a few weeks after the end of book 3 and Jade is paying the price for her sorceressy secret being found out as the local witches coven have been cursing her. Things go from crappy to very crappy when a unicorn is almost killed in an attack by demon dogs. Just when Jade thought it couldn't get any worse two of the uber evil Samir's cohorts are in town and want Jade's heart.

I have always found these books a quick read but this one is so short it is almost a short story. One minute I was at 2% and the next I was at 77%. It was over so quick I had to go back and check that I hadn't missed a few chapters. This instalment follows pretty much the same formula of the other books but there are a few more funny lines in this one even though the mood is quite dark. I am hoping that the semi cliff hanger at the end signals a change in the plot for future novels. If you are in the mood for a quick, easy on the brain read though this is the series for you. 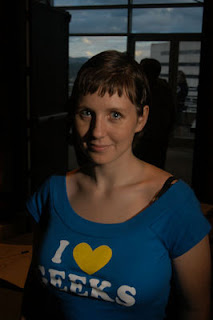 Annie Bellet is the USA Today bestselling author of The Twenty-Sided Sorceress, Pyrrh Considerable Crimes Division, and the Gryphonpike Chronicles series. She holds a BA in English and a BA in Medieval Studies and thus can speak a smattering of useful languages such as Anglo-Saxon and Medieval Welsh.

Her interests besides writing include rock climbing, reading, horse-back riding, video games, comic books, table-top RPGs and many other nerdy pursuits. She lives in the Pacific Northwest with her husband and a very demanding Bengal cat.

What:  One entrant will win a copy of Level Grind by Annie Bellet from the publisher. US ONLY

Who and When:  The contest is open to all humans on the planet earth with a US mailing address. Contest ends at 11:59 PM US Eastern Time on October 12, 2016. Void where prohibited by law. No purchase necessary. You must be 18 years old or older to enter. 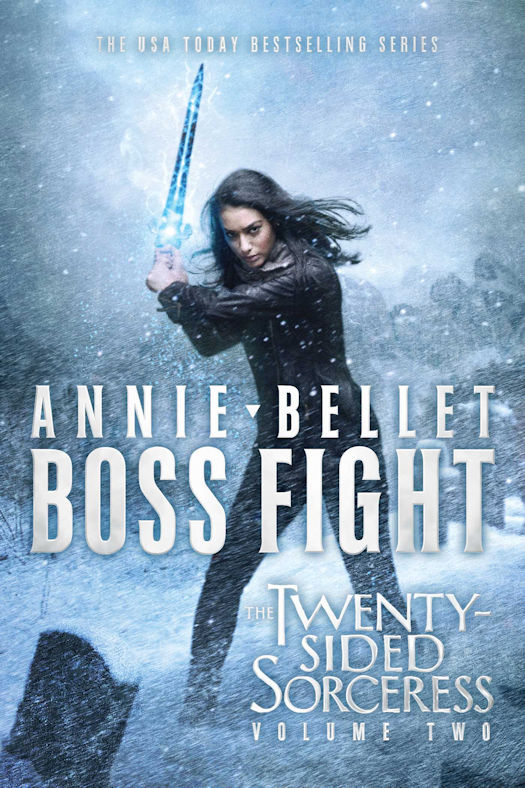 This is the second volume of the USA TODAY bestselling fantasy series combining the next three books—Heartache, Thicker Than Blood, and Magic to the Bone. Separated from her friends, their fates unknown, and without her magic, Jade must stop fighting on Samir’s terms or else her next battle will be her last.

Level up. Or die.

Jade Crow and her friends faced their worst enemy, her ex-boyfriend Samir, the most powerful sorcerer in the world, and they now lie defeated, and flung across the wilderness.

Samir had trained Jade to be a sorceress, to mold her in his image, until she rejected him and escaped here to Wylde. Jade must stop fighting on Samir’s terms or else her next battle will be her last.

Leveled up and wiser, Jade stands a chance this time, if she follows the true calling of her power, and changes the playing field. Everything has been leading up to this…Roll for initiative!

This is the omnibus of the next three volumes in the USA TODAY bestselling fantasy series, Heartache; Thicker Than Blood; Magic to the Bone, collected together for the first time in print.