Hello everyone! I would have amazed you with my book reading abilities with 3 separate reviews but alas, I needed some comfort reading on Monday, part of Friday and for a half hour or so on Saturday and did a bit of a mini re-read of Magic Binds by Ilona Andrews. As I have already reviewed this for you I won't do it again (still loved it!). I did however manage to finish 2 books. So what did I read (besides Magic Binds)?

It was a nice surprise when Hexbound by Bec McMaster popped onto my Kindle. I have forgotten I pre-ordered it so what a treat. Normally I leave this to the end of my reviews but check out the cover!  You all know what a cover snob I am and I think this one is gorgeous. I even didn't mind that the models were a tad older looking than what the lead characters, Verity and Adrian were supposed to be (see, I am cover fussy!). As I just told my husband when he mocked my admiration of the cover (currently in my bad books for that one) I love the swirling, twirling colours in the background.

Anyway, I digress. Hexbound is the second instalment in McMaster's Dark Arts series and starts not long after the events of book 1. Adrian Bishop, one of the Prime's sons and part of a doomsday prophecy, is woken up one night when a talented young thief breaks into his house. The thief steals the Chalice which he had sworn to protect and which is one of 3 instruments needed to summon a demon. No one is more surprised than Adrian that the very same thief, the same one he discovers, is a an enticing young lady turns up on his doorstep three days later grievously injured. Verity is part of a gang of thieves who had been raised on the streets since she was a young girl (picture Verity as the female version of Oliver Twist). Her easy gig turns into something much more sinister than expected and she agrees to help Adrian in order to save her own life. Adrian has to fight his attraction to Verity, as well as, fight his particular type of magic which gives him strength and pleasure when he kills. Verity and Adrian are determined to retrieve the Chalice to stop London being destroyed by a malevolent power while fighting their growing attraction to one another.

All the baddies are back for this one including Morgana who everyone (but the reader) thinks died when her son Sebastian (and the 3rd son in the prophecy) brings the house down on her head at the end of book 1. Morgana should win an award for being the meanest Mom ever and you spend most of the booking waiting for her to get her comeuppance. I quite enjoyed this instalment. I thought that while Verity was a bit of a stereotype, I enjoyed reading about the dark and broody Adrian. I appreciated that the sexy bits didn't come in the way of the plot line....not to say that there weren't any but Adrian and Verity weren't getting frisky when they were supposed to be finding the Chalice or trying not to get killed. Overall, a nice little magical, romance dalliance to make the daily commute feel all that much more shorter.

For book 2 I returned to something I started back in July - The City of Mirrors by Justin Cronin. This is the third and final instalment of The Passage series. I have to say straight off I really struggled to finish this book. I forced myself to read about 40% back in July/August and almost abandoned it but the hubinator said to persevere so decided to press on through and finish it. The story starts about 20-30 years after the end of book 2 where the virals were killed when Amy sacrifices herself to kill off The Twelve original virals. Well we think Amy has died but has she really? Most of the main characters from book 2 are back and enjoying life with a bit more normality but something more sinister, much more evil is lurking in the shadows and ready to tear away humanity one last time.

What I really didn't like about this book was the level of detail that Cronin went into to describe the life of the very first victim of virus - Fanning. His life was described in minute detail and I felt like Cronin was going to start to tell us how many times Fanning brushed his teeth or hair by one point. Also, the manner in which the story is told - mainly through a dream or hallucination - means I had practically no clue what is going on for most of the first half of the book. The plot doesn't really start to get interesting until you are almost 70% into the book. Considering it is over 600 pages long that is quite an investment of time to be both confused and bored. I also it a struggle to remember who was who as there were so many characters and that it has been a few years since I read The Twelve. As both books are quite long I didn't really want to go back an re-read so overall it was a real struggle to pick back up on the relationships between characters. In my humble opinion if I was going to read this book I would read the first few chapters and then skip to about a quarter from the end as you are unlikely to miss any salient parts of the plot by missing out on the Fanning past life chapters.


That is it for me this week.  I hope you have a great week ahead and wish me luck on getting through some more on my TBR. Happy Reading! 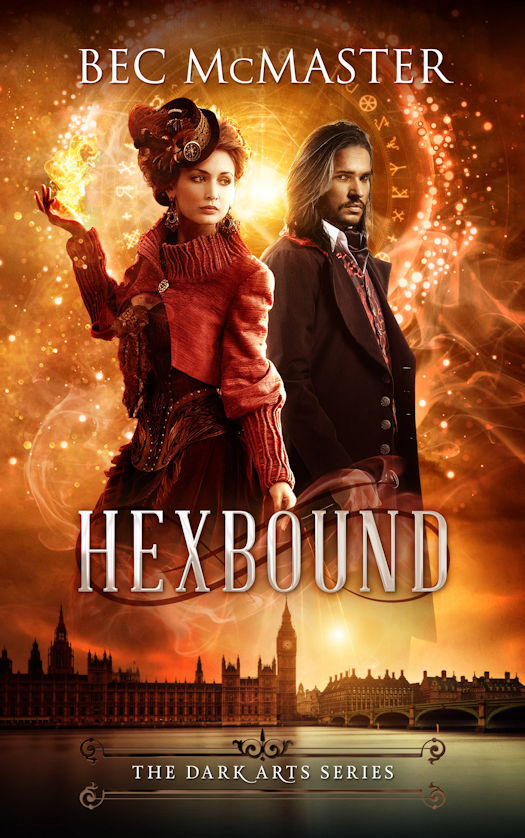 It should have been an easy task…

Verity Hastings has a little trick: she can find anything, no matter where it’s hidden. It’s a skill that’s kept her safe and fed all the way from the orphanages and workhouses of her youth. But when she steals a mysterious item for a masked man, she knows the con is on her this time.

In order to protect herself from his associates, she can turn to only one person: Adrian Bishop, the sorcerer she stole the relic from.

Scarred recluse Adrian Bishop is rarely surprised anymore. But when a rather enticing little handful turns up on his doorstep, claiming to be his mysterious thief, he doesn’t know what to think. He needs the relic back, no matter the cost, and he’s not above using Verity to find it. But as Verity begins to sneak under his guard, for the first time in years there’s a ray of light in his dark world. He will do anything to protect her – anything – but can Verity ever love him once she learns the truth of his dark talents? And will he be able to protect her from the trap he sent her into himself? 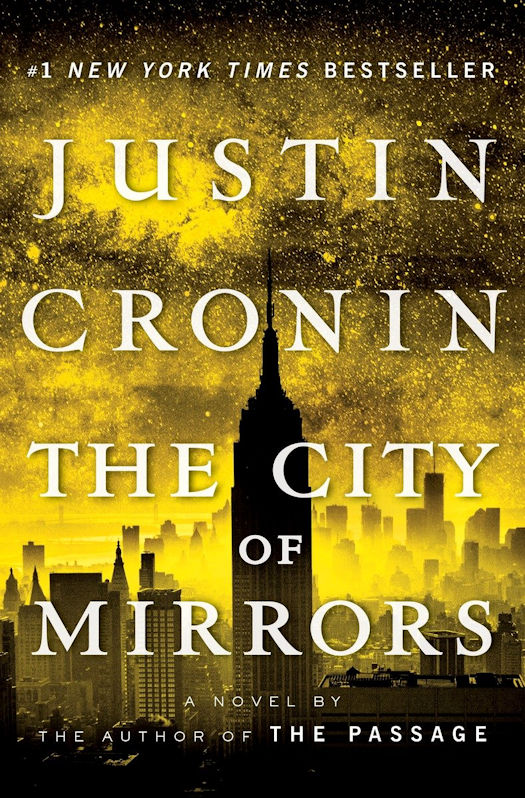 #1 NEW YORK TIMES BESTSELLER • “A thrilling finale to a trilogy that will stand as one of the great achievements in American fantasy fiction.”—Stephen King

You followed The Passage. You faced The Twelve. Now enter The City of Mirrors for the final reckoning. As the bestselling epic races to its breathtaking finale, Justin Cronin’s band of hardened survivors await the second coming of unspeakable darkness.

The world we knew is gone. What world will rise in its place?

The Twelve have been destroyed and the terrifying hundred-year reign of darkness that descended upon the world has ended. The survivors are stepping outside their walls, determined to build society anew—and daring to dream of a hopeful future.

But far from them, in a dead metropolis, he waits: Zero. The First. Father of the Twelve. The anguish that shattered his human life haunts him, and the hatred spawned by his transformation burns bright. His fury will be quenched only when he destroys Amy—humanity’s only hope, the Girl from Nowhere who grew up to rise against him.

One last time light and dark will clash, and at last Amy and her friends will know their fate.