Review: Grayshade by Gregory A. Wilson 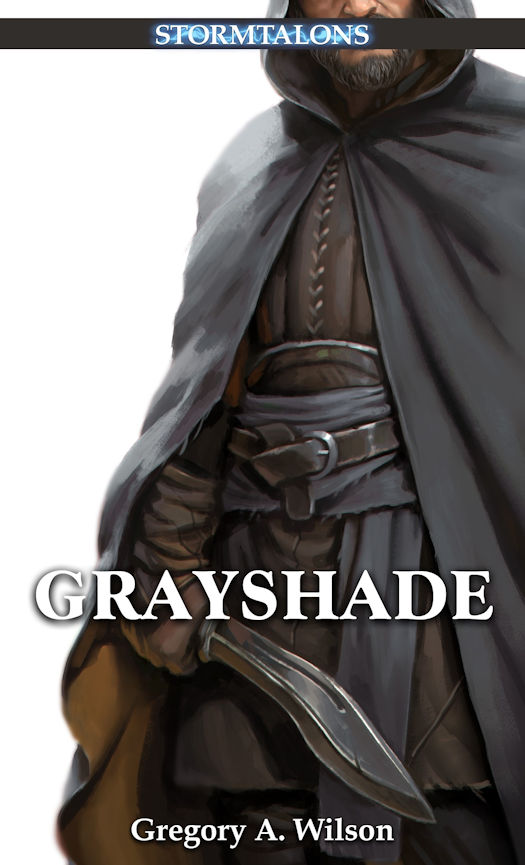 For ten years the assassin Grayshade has eliminated threats to the Order of Argoth, the Just God. The Acolytes of Argoth are silent and lethal enforcers of the Order’s will within the sprawling city of Cohrelle, whose own officials must quietly bow to the Order’s authority while publicly distancing themselves from its actions.

Grayshade is the supreme executor of the Order’s edicts, its best trained and most highly respected agent. But when a mission doesn’t go as planned, Grayshade starts to question the authority and motives of his superiors; and as he investigates, he soon finds himself the target of the very Order he once served without question. Now it will take all of Grayshade’s skill, intuition, and cunning to find the answers he seeks…if he can stay alive.

Grayshade by Gregory A. Wilson is set in the city of Cohrelle which is ruled by a Governor and his inner Circle. The religious Order of Argoth metes out justice in the city with the use of the Acolytes of Argoth. The Acolytes are highly trained assassins working in the name of the God Argoth and the Order to which they've pledged themselves. Grayshade is one of these Acolytes.

Grayshade has been trained well first by Father Esper and then by Caoesthenes and is one of the best Acolytes in the order in terms of skills. Caoesthenes has retired from the Order, but Grayshade still looks to him for advice and an occasional non-Order-issued weapon.

Over the course of the novel Grayshade evolves, but the evolution seems to have started before his life in the novel. He's already started to questions the killings and, against everything he's been taught, begun to think for himself enough to get himself in trouble. However, Grayshade is not used to thinking for himself and resists. He must begin to reconcile his conscience with his actions and his training. At times what he goes through is heartbreaking.

Now Grayshade must try to understand and figure out what is going on with the Order of Argoth, why are certain people being killed in supposedly just actions by the Order, what is the end game, and who is involved? He's under the Order's suspicion and they want him eliminated. He has put everyone he cares about at risk for just being associated with him.

Wilson surrounds Grayshade with interesting characters, not all of who are even vaguely likeable: Father Jant, the head of the Order of Argoth; Rillia, a friend of Grayshade's and former Acolyte; Caron, a child who is involved with another religious order; and, of course Caoesthenes. Grayshade is a strong and intriguing character and the story is told from his point of view.

Grayshade is filled to the brim with political intrigue, religious machinations, action, and mystery. The city of Cohrelle and its inhabitants are wonderfully described. Grayshade is a fabulous character - flawed, damaged but a man of conscience. Wilson has created a rich fantasy within the Stormtalons world and more than enough intrigue to carry Grayshade forward to his next exciting adventure.