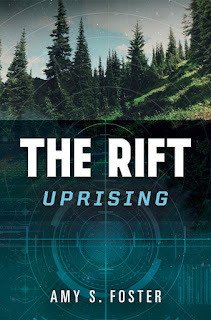 Amy:  I’ve always been a writer, even before I could actually write or read, I was telling myself bedtime stories.

Amy:  A plotter for sure. Sometimes a character will surprise me on the page and it makes sense in the plot for them to do something I hadn’t thought about. Generally, though each scene and chapter is outlined pretty thoroughly.

Amy:  Time. Time is my greatest enemy! I have three kids. Although, now that I’ve started treating my writing like an actual 9-5 job where I leave the house and go to my office, it has gotten better. When I worked from home, it was just so difficult to get the kids to understand that I wasn’t just on the computer but that I was actually working.

TQ:  What has influenced / influences your writing? How does being a songwriter influence (or not) your novel writing? And do you have a play list for The Rift Uprising?

Amy:  My teenagers are a particular influence for this novel because I wanted the characters, despite their extraordinary circumstances to sound like actual teens. Songwriting has been a huge influence. Its helped teach me brevity and how to be concise. You don’t get any time really in a song for exposition. I have a playlist, it’s on my website. I also wrote and performed 3 songs for this book with my songwriting partner Micah Wilshire. Our band is called QOINS. You should check it out!

TQ:  Describe The Rift Uprising in 140 characters or less.

TQ:  Tell us something about The Rift Uprising that is not found in the book description.

Amy:  Well, there are some pretty heavy themes in the book. Everyone who ends up on our Earth is called an Immigrant. They are processed by The Allied Rift Coalition and sent to a place called The Village where they are forced to ‘humanize’ regardless of species. There are no aliens in my novel but evolutionary biology dictates that given infinite Earths, there would be infinite variations of a dominate species. When Ryn sees this place for the first time it jolts her. She knows it’s wrong. She finally starts asking questions.

TQ:  What inspired you to write The Rift Uprising? What appeals to you about writing Science Fiction?

Amy:  I was really inspired like I said, by my teenage daughter. I wanted a book where she could recognize herself in the characters. I imagined if she and her friends were Citadels, how would they sound? How would they act or react? I love SciFi. Star Trek is and always has been one of my favorite shows. There is something so appealing about the idea of anything being possible.

Amy:  Well again, I’m drawn to the notion of anything being possible. There’s a reason that SciFi and Fantasy are often lumped together. Thematically, I suppose I am kind of obsessed with the idea of powerful women, not just metaphorically, but well and truly powerful. Women who can handle pretty much any situation either with magic or a chip implanted in their heads that gives them super powers.

TQ:  In The Rift Uprising who was the easiest character to write and why?

Amy:  Boone. He’s a smartass. He’s the Deadpool of the group. I love being quippy.

Amy:  As I mentioned before, there is a clear link to Immigration, racism, xenophobia and there’s also a section where a girl is very close to being sexually violated. Ryn steps in and shuts it down pretty violently. I would never shy away from the tough issues in a YA book. From my view, that’s the BEST place to tackle social issues, before kids have had years and years to form a concrete opinion that can’t be changed. I’m not looking for anyone to take my ideology on board, I’d be happy if they just sort of think about things from another perspective.

TQ:  Which question about your The Rift Uprising do you wish someone would ask? Ask it and answer it!

Amy:  I wish more people would ask about Battle Ground, Washington and Camp Bonneville. They are real places! If you’re a fan of the book you can go and visit a lot of the locations I write about.

TQ:  Give us one or two of your favorite non-spoilery quotes from The Rift Uprising.

Amy:  The hustle. All I can think about is selling this book and getting it into as many people’s hands as I can. That being said, I have to edit book two and finish book 3 in the Trilogy. 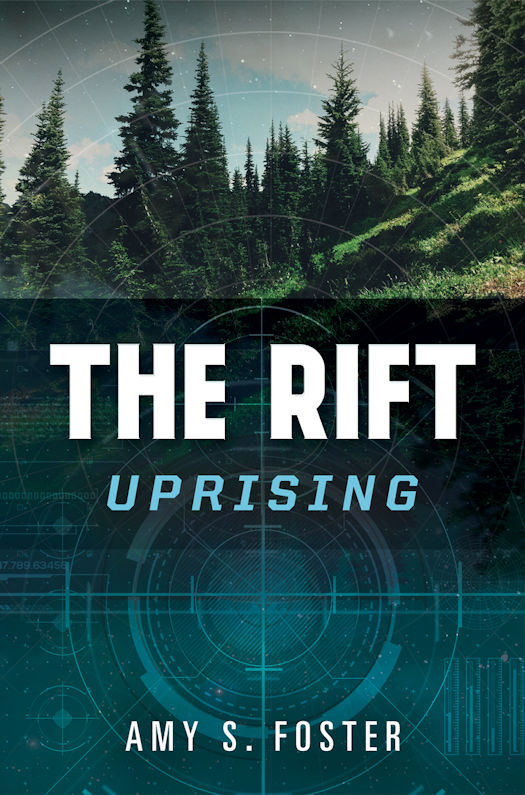 An alternate reality that feels all-too-real, The Rift Uprising is the explosive start to a new trilogy that combines the fast paced action of Suzanne Collins’ Hunger Games, the lyrical tone of Laini Taylor’s Daughter of Smoke and Bone, and the emotional stakes of Pierce Brown’s Red Rising from acclaimed lyricist and storyteller Amy S. Foster.

Normal seventeen-year-old girls go to high school, binge watch TV shows all weekend, and flirt with everyone on the face of the Earth. But Ryn Whitaker is trying to save it.

Ryn is a Citadel. A soldier. A liar. Ryn and her fellow Citadels were specially chosen and trained to guard a Rift—one of fourteen unpredictable tears in the fabric of the universe that serve as doorways to alternate Earths. Unbeknownst to her family, Ryn leaves for school each day and then reports for duty as an elite, cybernetically-altered soldier who can run faster, jump farther, and fight better than a Navy SEAL—which comes in handy when she’s not sure if axe-wielding Vikings or any number of other scared and often dangerous beings come through the Rift. A fine-tuned weapon, Ryn is a picture-perfect Citadel.

But that’s all about to change.

When a young man named Ezra is pulled through the Rift, Ryn finds herself immediately drawn to him, despite her training. What starts as a physical attraction quickly grows deeper, and Ezra’s curiosity throws Ryn off balance when he starts questioning the Rifts, the mysterious organization that oversees them, and the Citadels themselves—questions that lead Ryn to wonder if the lies she’s been telling her family are just the surface of a much bigger lie told to her. As Ryn and Ezra desperately try to get to that truth, they discover that each revelation blurs the line between the villains and the heroes even more. 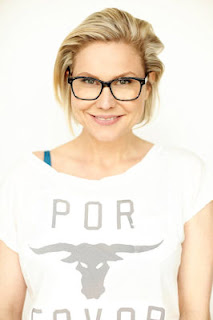 Amy S. Foster is a celebrated songwriter, best known as Michael Bublé’s writing partner. You might recognize her work in his four hit singles, including "Home" and "Haven't Met You Yet.” She has also collaborated with Destiny’s Child, Diana Krall, Andrea Bocelli, Josh Groban and a host of other artists. She is also the author of the novel When Autumn Leaves. When she's not in a studio in Nashville, Amy lives in the Pacific Northwest with her family. Amy is the daughter of singer B.J. Cook and the legendary music producer, David Foster. Fun fact about Amy: Her extended family tree includes Bella and Gigi Hadid, Sara and Erin Foster and Brody and Brandon Jenner, and Clay Aiken! The Rift Uprising, her YA debut, will be released on October 4, 2016.