“What I wanted to do was show what makes Aphra tick,” says writer Kieron Gillen, in an interview with StarWars.com. “That’s the work I feel I’ve got to do with the character, and that kind of push and pull she has between the stuff she does, which is good and bad”.

Following her time in the clutches of Darth Vader, Doctor Aphra has barely escaped with her life. If he ever learns of her survival, he’ll hunt her to the ends of the galaxy. But for now, it’s time for a return to what she does best. With the droids 0-0-0 and BT-1 in tow, she’s off in search of rare artifacts from the galactic center to the Outer Rim and everywhere in between. Aphra’s got debts to pay after all. Just as long as she can stay one step ahead of the Empire, some Bounty Hunters and just about everyone else in the galaxy!

“We all love Aphra so much,” says Star Wars line Editor Jordan D. White. “We were overjoyed that she found a way to survive the wrath of the Dark Lord. Now, she’s free to continue her rogueish adventures in digging up old droids and weaponry and selling them to the highest bidder…so long as she can stay off the Imperial radar.”


To find a comic shop near you, visit www.comicshoplocator.com or call 1-888-comicbook.
About Marvel Entertainment
Marvel Entertainment, LLC, a wholly-owned subsidiary of The Walt Disney Company, is one of the world's most prominent character-based entertainment companies, built on a proven library of more than 8,000 characters featured in a variety of media over seventy-five years. Marvel utilizes its character franchises in entertainment, licensing and publishing. For more information visit marvel.com.
© 2016 MARVEL 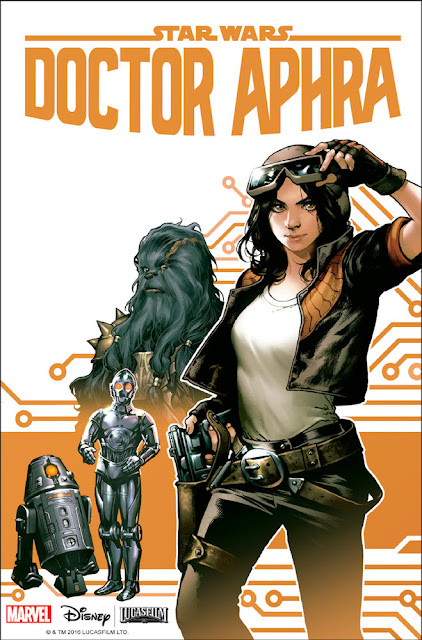