It's a big happy milestone birthday to my sister Lauranne who introduced me to fantasy not so many years ago. I am missing the party and the cake but if I wasn't, you would be missing my post! It was a week of shorts rather than a short week. So what did I read?

Amazon keeps popping up Grace Draven's short story Wyvern at me whenever I browse for books so I thought it was time I give it a go. In this story Elsbeth makes a brave deal with the wyvern that has been terrorising her community. Elsbeth has offered to entertain the wyvern by playing her fiddle in order to save her grandfather for getting lynched. Elsbeth soon finds herself drawn the large beast that reminds her lost but not forgotten love. What Elsbeth has yet to realise is that the wyvern is none other than Alaric the bard she lost her heart to years before. Can Alaric convince her he is more than the fearsome beast who has put her beloved grandfather in danger?

I thought this short story was OK. I wasn't wowed but I wasn't completely bored either. The song 'The Devil Went Down to Georgia' kept running through my head when I came to the parts where Elsbeth was making the deal with Alaric to play her fiddle to save her grandfather. I thought it was mediocre in comparison to some of Draven's other works.

Amazon also recommended Bec McMaster's short story The Many Lives of Hadley Monroe. In this tale Hadley actually makes a deal with Death to give her more time with her dying grandmother. She has a month to answer Death's question and in the process of trying to find the answer she comes to realise there is more to Death than a black cloak and a scythe.

This was a very short story indeed. I think it took me no more than a half hour to read. Again, I was a bit disappointed. I am not sure whether it was the super short length of this story that bothered me or the fact that Hadley very quickly started to make 'swoony' eyes at the grim reaper.

Still on the short story theme and this time from NetGalley I received Shadowed Souls. This is a anthology of short stories by various authors including Jim Butcher, Seanan McGuire, Tanya Huff, and Rob Thurman. The anthology is edited by Jim Butcher and Kerrie L. Hughes. Butcher wrote the foreword and describes how a pack of coyotes are circling his house, waiting in anticipation for his elderly pet dog to come outside. He scares them off in defence of his beloved pet but acknowledges that they aren't evil just predators who are doing what is instinctual. This sets the theme of this anthology - predators who aren't evil but do bad things.

I won't tell you about every story but what I can say that I liked some better than others. Notably, Jim Butcher's which was set in the Harry Dresden world and told from Molly's POV. This was a chilling tale indeed and very good. I also loved Tanya Huff's short from the Vicky Nelson series. I loved that series and it was great to find out what Vicki has been up to since the end of the series. I also thought Rob Thurman's contribution was very tense as was Kristine Kathryn Rusch's. I haven't read anything from Rusch before and I liked her tale of the grief stricken Kaylee. I think I will be checking out more from this author. I didn't feel that all of the shorts lived up to the 'predator' label especially Seanan McGuire's. I have to say that her predator the succubus Elsie wasn't very predatory at all. Overall, I enjoyed this anthology and found a couple of authors I am going to investigate further.


That is it for me this week...short and sweet (tee hee). Until next week Happy Reading! 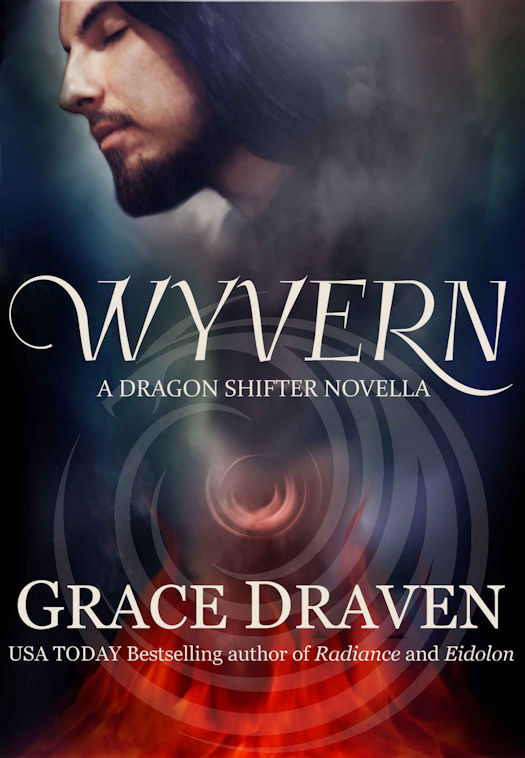 Eight years earlier the talented fiddler, Elsbeth Weaver, gave up the man she loved to care for her ailing grandfather. Now, she must risk her life to save her grandfather from a lynching by playing for the wyvern terrorizing the countryside. When she comes face-to-face with the beast at the haunted cliffs of Maldoza, she is both frightened and fascinated. Something about the creature reminds her of the bard who once stole her heart, something more than just a shared name.

Alaric has never stopped loving the human woman he left behind in a dusty village almost a decade before. When he meets her again at Maldoza, wearing old dragon armor and playing her fiddle as if her heart would break, he is overjoyed. Elsbeth doesn’t know her erstwhile lover is only an illusion for the wyvern, and Alaric must convince her that the heart of the beast is no less devoted than the heart of the man. 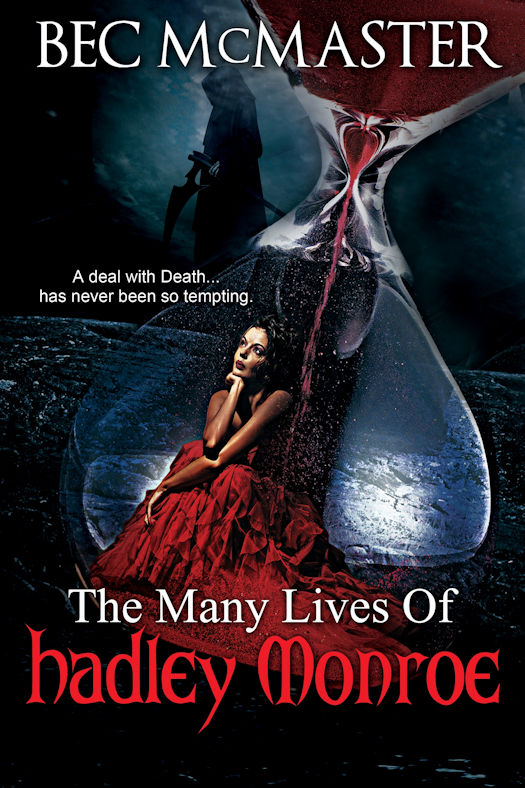 When the clock stops ticking, and the storm rolls in, Hadley Monroe knows exactly what’s going on. Forty years ago her grandfather made a pact with Death, and now Death has come calling again.

Warning: This short story has been previously published in the Mammoth Book Of Southern Gothic Romance. 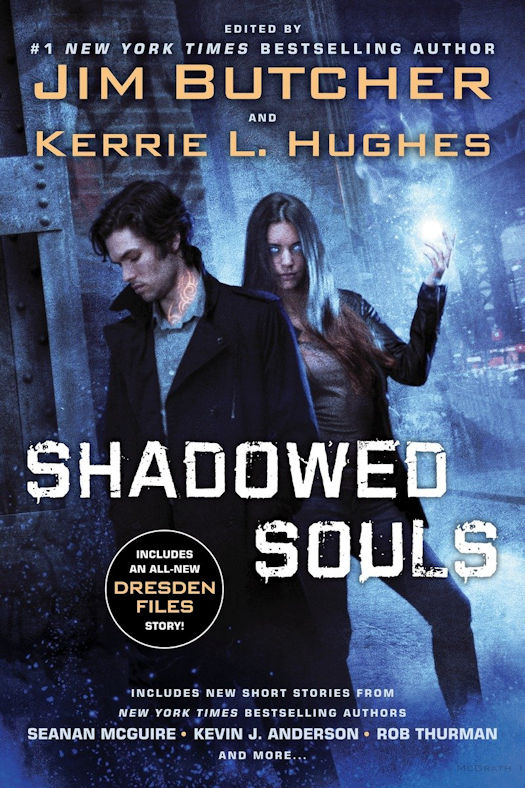 In this dark and gritty collection—featuring short stories from Jim Butcher, Seanan McGuire, Kevin J. Anderson, and Rob Thurman—nothing is as simple as black and white, light and dark, good and evil..

Unfortunately, that’s exactly what makes it so easy to cross the line.

In #1 New York Times bestselling author Jim Butcher’s Cold Case, Molly Carpenter—Harry Dresden’s apprentice-turned-Winter Lady—must collect a tribute from a remote Fae colony and discovers that even if you’re a good girl, sometimes you have to be bad…

New York Times bestselling author Seanan McGuire’s Sleepover finds half-succubus Elsie Harrington kidnapped by a group of desperate teenage boys. Not for anything “weird.” They just need her to rescue a little girl from the boogeyman. No biggie.

In New York Times bestselling Kevin J. Anderson’s Eye of Newt, Zombie P.I. Dan Shamble’s latest client is a panicky lizard missing an eye who thinks someone wants him dead. But the truth is that someone only wants him for a very special dinner…