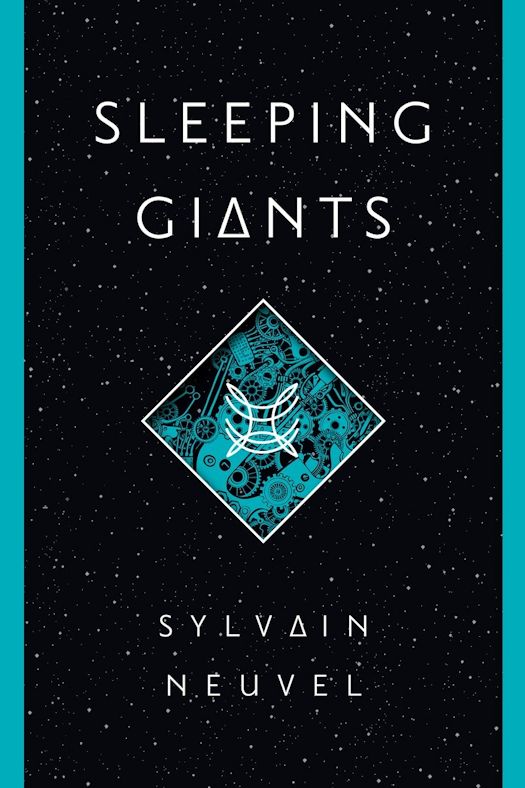 Rose Franklin is now a highly trained physicist leading a top secret team to crack the hand’s code. And along with her colleagues, she is being interviewed by a nameless interrogator whose power and purview are as enigmatic as the provenance of relic. What’s clear is that Rose and her compatriots are on the edge of unraveling history’s most perplexing discovery—and figuring out what it portends for humanity. But once the pieces of the puzzle are in place, will the result prove to be an instrument of lasting peace or a weapon of mass destruction?

Young Rose Franklin didn't realise that riding her bicycle through the woods near her home would irrevocably change her life. One minute she is walking through the trees and the next she is lying at the bottom of a very large, very deep, square hole with walls that were intricately carved in a beautiful turquoise light. What is even more amazing is that Rose is lying on the palm of a giant metal hand. The plot advances almost 20 years in the future where Rose is now a successful physicist. From this point forward the story plays out in a series of interviews between the various characters and an unnamed interviewer.  One of the biggest mysteries of the story is the identity of the interviewer who remains unknown to both the reader and to characters themselves. The interviewer belongs to a wealthy and powerful secret organisation that want Rose to study the hand and find a way to uncover the rest of the pieces and assemble the 'giant'. The rest of the story involves the giant, Rose and her team. I don't want to tell you more than that as I don't want to let anything slip.

The construct of the plot is one of my favourite things about Sleeping Giants. I thought when I started it that I wouldn't enjoy reading a story that was comprised of transcripts of interviews but that wasn't the case. The format added to the tension and the suspense of the story. I also liked how Neuvel didn't reveal who the interviewer was or why they were so interested in Rose and the giant. The giant and what it really is and where it comes from are almost secondary to the interviewer and Rose's project team. Neuvel has managed to create characters who you are so invested in that you can't put the book down but yet, as the reader you are still only on the sidelines of the story, separated from the action by the transcripts. In my view this is innovation in story telling.

I first read Sleeping Giants eight months ago and it only took a few chapters for me to realise that it was going to be one of my favourite books of the year. Reading it again has made me realise that it likely one of my all time favourites. Not a mean feat and as a debut this an amazing accomplishment. I urge you to give Sleeping Giants a go and I dare you not to have it on your favourite reads of 2016.