Please welcome Susan Furlong to The Qwillery. Rest in Peach, the 2nd Georgia Peach Mystery, was published on April 5th by Berkley. 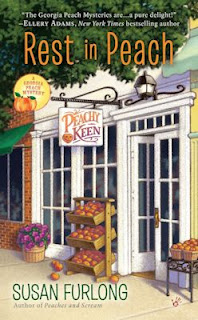 Why Every Character Needs a Dirty Little Secret

Ever been haunted by a book character? Someone you just can’t shake even after you turn the last page? They follow you through your daily tasks, popping back into your mind from time to time. They seem almost alive, and you can’t wait to visit them again and join in their next adventure. Those are the type of characters I strive to write in each of my stories. And I do it by creating—and keeping—their secrets.

Secrets? Yes. Lots and lots of secrets. Because I believe it’s our past secrets that define our current day actions. It’s the same for book characters. A character without a compelling backstory, most of which is kept hidden from the reader, will seem about as dynamic as a cold, flat rock.

So before I begin a novel, I take time to write my characters’ past story, including a life-defining event or a juicy secret. A character’s secret can take on any form. It can be horrifying, guilt-driven, or humiliating. But no matter the secret, it must influence my character at a deep and personal level. The best secrets are those that have the power to push people apart or drive them into cohorts, cause family estrangement or derail even the most devoted lovers. Secrets that, once revealed, could cause your protagonist to lose something of importance, whether it be love, respect, community standing, money or power.

For example, I may present a character as a successful lawyer who is well respected in the legal community, but only I know she cheated on her bar exam, or that she worked evenings in a strip bar to pay her college expenses. However, developing her past personal struggles helps me, as the writer, to understand her motivation to take on the cause of an undereducated, poor woman guilty of heinous murder. Or why she may hide evidence that proves that woman’s guilt. Knowing my character’s secret before I begin writing helps me form her story, understand her motivations and make her seem real to my readers.

Will I divulge these gritty details of my character’s past to my readers? Well … eventually. Take my character Nola Harper in my Georgia Peach Mystery series. She left her hometown of Cays Mill, Georgia years ago. Why did she leave in such a hurry and avoid visiting for so long? I’ll drop hints here and there, but only enough to keep readers wanting to know more. After all, there’s nothing more mysterious and intriguing than a well-kept secret. And there is nothing that makes readers feel closer to, more in-tune with, and more concerned about a character than when their deepest secret is finally revealed. 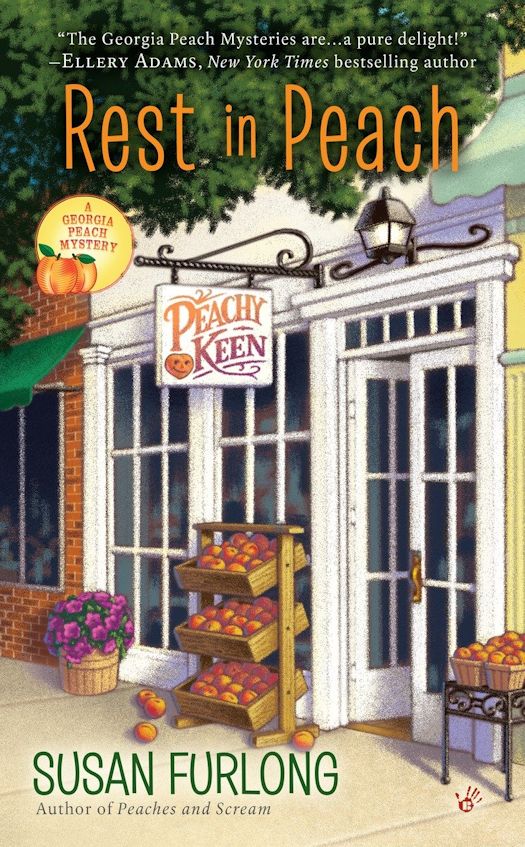 In the refreshing new Georgia Peach Mystery from the author of Peaches and Scream, an upcoming debutante ball turns into the pits when a juicy murder scandalizes a small town.

The annual Peach Cotillion, Cays Mill, Georgia’s biggest event, is fast approaching and Nola Mae Harper is just as excited as the rest of the town—even though she’s busy juggling both the cotillion dinner and the grand opening of her new shop, Peachy Keen. But she never expected that plans for the cotillion would end up in the pits because of the cutthroat competition between local debutantes.

When Vivien Crenshaw, insufferable church organist and despised mother of the town’s spoiled-rotten Peach Queen, is stabbed to death, the police turn to Nola’s friend Ginny as prime suspect. Apparently the two had fought over a one-of-a-kind cotillion gown. As Nola steps in to prove Ginny’s innocence she soon finds herself picking through a bushel of suspects, twice as many motives, and at the mercy of a killer all too keen on killing again.

Rest in Peach is the second installment in Susan Furlong’s Georgia Peach Mystery series. The story is set in Cays Mill, Georgia and follows Nola Mae Harper, a former world aid worker who has recently returned to her hometown to reconnect with her family and help run their magnificent Peach Farm. Nola is in the process of opening a delightful little store front that will feature gifts made and inspired by her family’s delicious peaches. Unfortunately, her work is interrupted when a local woman is murdered in her best friend’s dress shop, and another close friend is the prime suspect in the crime. Nola uses her curiosity and past experience in sleuthing, to help her friend beat a murder charge and stop a killer from striking again.

Nola Mae is still trying to find her feet now that she has faced her demons and returned to the home she once loved. She is aided in this task by devoted family and friends. Her parents are lovely, down to earth characters that any kid would be proud to claim as their own. Nola’s brother and sister, one a lawyer and the other a stay-at-home mom and rising socialite in the small town, are always there whenever Nola has need. Hattie McKenna, Nola’s oldest friend, runs the aforementioned dress shop and is sweet and supportive. Hattie’s brother, hunky carpenter Cade McKenna, is someone that confuses Nola. She has feelings for him but is incredibly insecure about them, especially given Cade’s cool demeanor recently. Ginny Wiggins, a vivacious red head with a quick but short lived temper, runs a local diner with her husband Sam. Ginny’s temper has gotten her into the thick of things when the subject of her public anger is found murdered soon after a heated confrontation over a cotillion gown.

The plot of the novel revolved around the biggest event in the small town, the annual Peach Cotillion, where the local debutantes will make their triumphant entrance into society in a series of events that culminates in an old school cotillion, complete with elaborate white ball gowns for the young ladies. To fuel the plot readers are introduced to the local debs and their moms, one of which will be the victim of a brutal murder. Maggie Jones is the local preacher’s wife, a mousy and timid creature who dotes on her children, young deb Belle and her twin brother Nash. Debra Bearden, a catty local mom, is proud to show off her beautiful daughter Sophie. And Vivien Crenshaw, the murder victim, is just as proud of her daughter, the reigning Peach Queen, Tara, but in a much more offensive way. Vivien is arrogant and rude and makes no friends in the town with her demanding ways and conceit. Each of the women have their own reasons for disliking Vivien, but Ginny, whose sweet daughter Emily has a dispute with Tara and Vivien over a ball gown, is the only resident who had a recent public feud with the victim.

We also get to know more local residents in this installment, with many having appeared in the first book in the series, but also with a few new faces. Francis Simms is the local, beady-eyed reporter who makes herself a nuisance with her pointed accusations and questionable print conclusions. Sherriff Maudy Payne is again in charge of the murder investigation, and resents Nola’s involvement, having tangled with her in the previous book. Maudy has a chip on her shoulder and is not in any way interested in investigating the crime if it takes her in a direction she doesn’t like. Dane Hawkins, aka Hawk, Nola’s old flame is back in town with his dangerous good looks. Dane is a private investigator now temporarily employed as supplemental security by a local congressman and his wife. Congressman Wheeler is a typical southern politician in an election year, and is hoping to boost his voter base by offering his stately old home as the setting for the Peach Cotillion events. The congressman’s wife, Stephanie, is also portrayed as a typical political spouse, being well polished and poised in any situation. Lastly, we meet young and troubled teen, Carla Fini, who has been shipped to Cays Mills to live with relatives after one incident too many in her big city home. Carla plays a surprise role in the denouement of the mystery, but is a strong character before this and one I think could be worth expanding on in subsequent novels in the series.

Rest in Peach is a very good second look into this series. The main characters and townspeople find even more depth and become more like friends in this book. The interpersonal relationships are becoming even more defined and interesting and the town itself starts to play an even stronger role, which I find to be a plus with a cozy mystery series. There is an exciting end to the mystery and the personal subplots that run throughout the story are also nicely concluded. The author includes some peach themed recipes at the end, and there is a snippet from the next book in the series, War and Peach, which I will definitely be looking forward to reading when it is published. 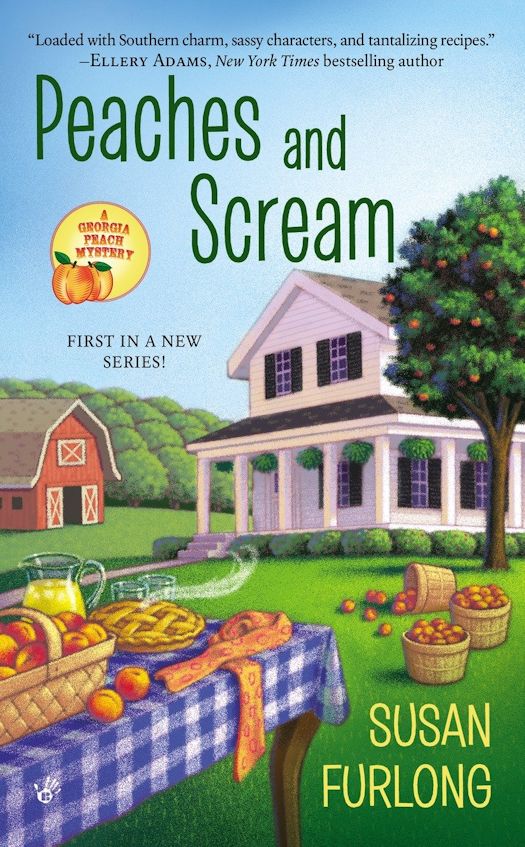 In the first Georgia Peach Mystery, when murder threatens her family’s orchard, Nola Harper is ready to pick out the killer and preserve the farm’s reputation…

To help run the family peach farm during her parents’ absence, Nola Harper returns to her childhood home of Cays Mill, Georgia, and soon discovers that things back at the farm aren’t exactly peachy. A poor harvest and rising costs are threatening to ruin the Harpers’ livelihood, and small-town gossip is spreading like blight thanks to Nola’s juicy reputation as a wild teenager way back when. But Nola really finds herself in the pits when she stumbles upon a local businessman murdered among the peach trees.

With suspicions and family tensions heating up faster than a cobbler in the oven, this sweet Georgia peach will have to prune through a list of murder suspects—before she too becomes ripe for the killer’s picking… 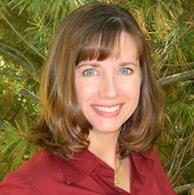 During her writing career, Susan has worked as an academic writer, freelance writer and novelist. Currently she’s busy working on The Georgia Peach Mysteries. (Berkley Prime Crime/July 2015) She also writes under the pen name Lucy Arlington. To learn more about her writing, visit her website at www.susanfurlong.com

What:  One entrant will win a Mass Market Paperback copy of Rest in Peach by Susan Furlong from the publisher. US ONLY

Who and When:  The contest is open to all humans on the planet earth with a US mailing address. Contest ends at 11:59 PM US Eastern Time on May 10, 2016. Void where prohibited by law. No purchase necessary. You must be 18 years old or older to enter.