Interview with Dana Cann, author of Ghosts of Bergen County


Please welcome Dana Cann to The Qwillery as part of the 2016 Debut Author Challenge Interviews. Ghosts of Bergen County is published on April 25th by Tin House Books. Please join The Qwillery in wishing Dana a Happy Publication Day! 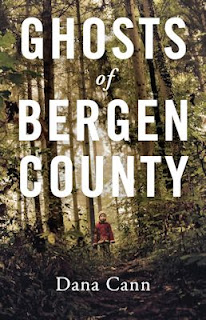 Dana:  Thanks for the interview.

While I’ve always been a writer, most of my youth was spent writing songs. (I played guitar in a band in my twenties.) When I turned thirty and I still wasn’t a rock star, I realized it was time to look for a different outlet. I found it in fiction.

Dana:  Total pantser, but what’s interesting about Ghosts of Bergen County is that it has a strong plot. I discovered the plot as I wrote, then circled back to the beginning, again and again, to get it to all line up.

Dana:  Time is a huge challenge. I have a full-time job and a family, and carving out the time to write can be difficult. Fortunately, my family is very supportive, and I’ve been able to take time off from work—sometimes weeks—for residencies at the Virginia Center for the Creative Arts, an artist colony south of Charlottesville. I don’t think I would have been able to complete my novel without that opportunity. It certainly wouldn’t be as good.

Dana:  In terms of writers, I’d say Raymond Carver, whose work I was introduced to when I first started writing stories 25 years ago. I still favor short sentences and spare descriptions. But Carver was a realist, and I’ve become interested in more speculative fiction and works that blur genres, the way that Kelly Link’s work does.

TQ:  Describe Ghosts of Bergen County in 140 characters or less.

Dana:  A private-equity guy and his wife, a recluse since their baby’s death, confront grief amid addictions and the company of a mysterious girl.

TQ:  Tell us something about Ghosts of Bergen County that is not found in the book description.

Dana:  The novel is set in New York City and its New Jersey suburbs during the summer of 2007, a time when the bubble that would prompt the financial crisis was already beginning to burst. These aspects, in my mind, are an important component of the book’s setting.

TQ:  What inspired you to write Ghosts of Bergen County? What appealed to you about writing a mystery with supernatural elements?

Dana:  I have vivid dreams, and many of my stories have sprung from my dreams. I began Ghosts of Bergen County after dreaming that a friend and I are chased around a shopping mall by store security after having used heroin. The dream was vivid and stayed with me. I’d also been toying with writing about a hit-and-run but hadn’t found a way in. After a couple of false starts, I discovered Gil Ferko, a private-equity misfit whose daughter was killed in a hit-and-run.

TQ:  What sort of research did you do for Ghosts of Bergen County?

Dana:  Hardly any, which is one of the reasons I write fiction.

When I first started writing a book in which characters use heroin, I had a difficult time getting past the junkie stereotype. Then I read a memoir, Ann Marlowe’s How to Stop Time: Heroin from A to Z, where I found fully functioning people who happened to use heroin. This revelation helped immensely.

Other than that, my research was limited to pulling up maps of Manhattan on the Internet so that I was sure which streets are one way (and in which direction) and where the subway stops are.

Dana:  There are three principal characters in Ghosts of Bergen County—Gil Ferko, his wife, Mary Beth, and Gil’s friend Jen Yoder. Gil was probably the easiest to write because, of the three, he’s the most like me.

Greg Fletcher was the most difficult to write because he’s a complicated character who, unlike the three principals, is not a point-of-view character.

TQ:  Which question about Ghosts of Bergen County do you wish someone would ask? Ask it and answer it!

Dana:  Why did you feel compelled to write a ghost story?

I love ghost stories—both reading them and hearing them. What’s cool about ghosts is the way they work on both a literal and metaphorical level, and how the blurring of these two components can create an ethereal quality that enriches the atmosphere and deepens the story in a way that a more earth-bound story may not achieve.

TQ:  Give us one or two of your favorite non-spoilery quotes from Ghosts of Bergen County.

“Amanda’s tone was solemn, prescient, a little spooky. Mary Beth wondered whether she should be frightened, whether the girl’s next act would be to point a finger at Mary Beth and turn her into stone.”

“Ferko sus¬pected he’d cheated grief, with its linear qualities, its in¬flexible rhythms. He’d discovered a shortcut, somehow, that took him to a place he wasn’t supposed to go.”

Dana:  I’m working on something speculative and science fictiony, about an aging NASA scientist with a wicked rash who’s convinced that malevolent aliens are orbiting the earth.

Dana:  My pleasure. Thanks for having me. 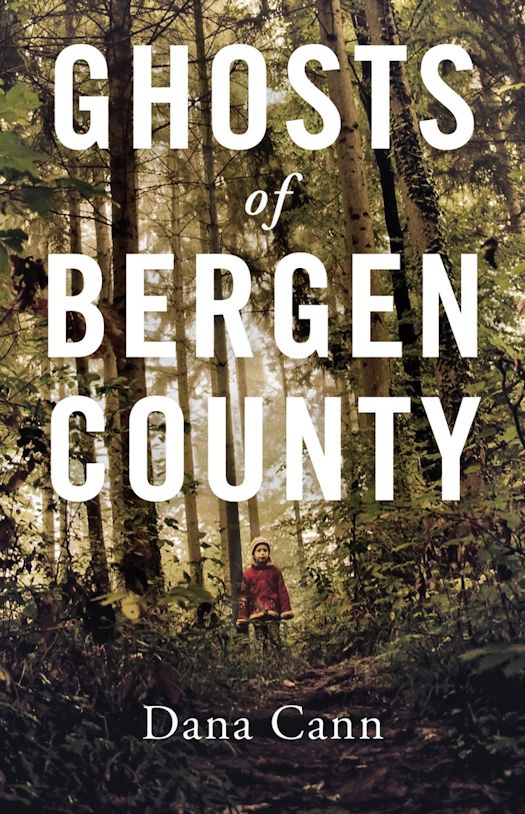 Set in New York City and New Jersey on the cusp of the financial crisis, Ghosts of Bergen County is a literary mystery with supernatural elements.

Gil Ferko is a private-equity lieutenant who commutes to Manhattan from the New Jersey suburbs. His wife, Mary Beth, has become a shut-in since a hit-and-run accident killed their infant daughter. When Ferko reconnects with Jen Yoder, a former high school classmate, Jen introduces him to heroin. As his dependency on the drug grows, his downward spiral puts his life in danger and his career in jeopardy. Mary Beth has also found an escape―first in prescription drugs that numb her senses, then in the companionship of a mysterious girl who heightens them. A ghost? Mary Beth believes so. And Jen is also haunted. Years ago she witnessed a man she had just met fall from a rooftop. She walked away from the accident and has been haunted since by the question of why she did so. As her quest to rectify that mistake starts to collide with the mystery of the hit-and-run driver who killed Ferko and Mary Beth’s daughter, all of the characters are forced to face the fine line between fate and happenstance. Dana Cann’s debut novel is a tautly paced and intricately plotted story in which collective burdens manifest into hauntings.

Dana was born in Santa Barbara, California, and raised in the Maryland suburbs of Washington, DC. He's worked in commercial banking, corporate finance, and restructuring.

His short stories have been published in The Sun, The Massachusetts Review, The Gettysburg Review, Fifth Wednesday Journal, The Florida Review, and Blackbird, among other journals. He has received fellowships from the Virginia Center for the Creative Arts and the Mid Atlantic Arts Foundation. Dana earned his M.A. in Writing from Johns Hopkins University. He lives in Bethesda, Maryland with his wife and their two teenage children. Dana teaches fiction workshops at The Writer’s Center.

Ghosts of Bergen County is his debut novel.