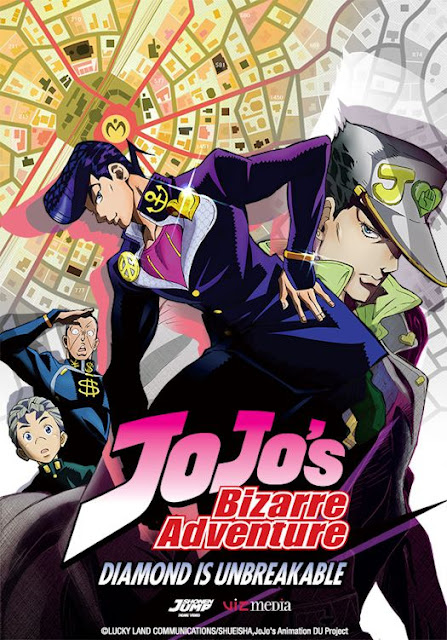 This month audiences are invited to catch the exciting streaming premiere of two new additions to VIZ Media’s anime roster. The supernatural action adventure, JOJO’S BIZARRE ADVENTURE: DIAMOND IS UNBREAKABLE Episode 1 will be available to stream subtitled on April 8th. The sci-fi action horror series, TERRAFORMARS also debuts on April 8th, with Season 2 Episode 1 (subtitled). Subsequent new episodes of both JOJO’S BIZARRE ADVENTURE and TERRAFORMARS will be added every Friday.

This month anime fans will also be treated to a double dose of new interstellar action with the digital simulcast premiere of the brand new subtitled season of SAILOR MOON CRYSTAL as well as the continuing exclusive premiere of English dubbed episodes starting with Episode 21 available now with episodes added every Friday.

Anime fans will not want to miss the official North American premiere of a trio of new episodes from the final climactic season of the original SAILOR MOON anime series – SAILOR MOON SAILOR STARS (Season 5).