Interview with M.G. Buehrlen, author of the Alex Wayfare series


Please welcome M.G. Buehrlen to The Qwillery. The Untimely Deaths of Alex Wayfare was published on April 26th by Diversion Books. 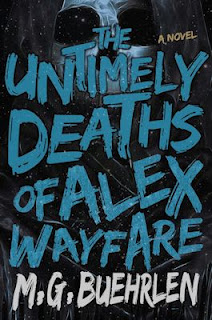 MGB:  Thank you for having me! I began writing as a child out of necessity. I was a bookworm who lived too far away from a library and who didn’t have money to buy books. I wrote stories so I had something to read, which was awesome, because I had the freedom to write the kinds of stories I wanted to read and learn the craft of storytelling.

MGB:  I’m definitely a plotter. After months of world and story building, I finally sit down to hammer it all out. But I give myself plenty of space to make changes as I go along. The most challenging thing about writing is silencing the inner criticism so I can focus on getting the words on the page. One sliver of doubt can derail me for weeks.

TQ:  Describe The Untimely Deaths of Alex Wayfare in 140 characters or less.

MGB:  Here goes: As Alex travels back in time in search for a cure for her dying sister, a traitor in her midst may destroy any chance at a happy ending.

TQ:  Tell us something about The Untimely Deaths of Alex Wayfare that is not found in the book description.

MGB:  One of my favorite parts about Untimely Deaths is how Alex matures in the realm of female friendships. While she’s very close to her sister, Audrey, she hasn’t made any close friendships with other girls. In fact, Alex is kind of close-minded about it in Book One. In the sequel, Alex learns that her misconceptions about some of the women in her life were just that, and she walks away with a better understanding of herself and others. The feminist in me cheers every time I re-read those sections of the book.

TQ:  What inspired you to write the Alex Wayfare series? What appeals to you about writing Time Travel / Romance?

MGB:  Alex’s character has been with me since I was sixteen. I’ve been writing about Alex in different time periods for many years -- it was my way of exploring history a little deeper than the history books allowed. I knew Alex was a time traveler, but I never knew how she traveled. By machine? Was it a curse? Was it magic? I wanted it to be something I hadn’t read before, and I didn’t come up with that defining plot thread until a few years ago. Once I knew how she did it, the book spilled out in only 3 months.

TQ:  What sort of research did you do for Alex Wayfare series?

MGB:  A LOT. I researched prohibition, the Civil War, Jesse James, slavery, the early colonies, martial arts (even started practicing Tai Chi), cancer, and immunotherapy, just to name a few. I spent more time researching than writing, that’s for sure.

TQ:  So far who was the easiest character to write and why? Which character has surprised you the most?

MGB:  Alex is certainly the easiest to write. She’s a lot like me. We’re both geeky introverts, and I eyed everyone around me with suspicion as a teen just like she does (which isn’t a good thing). Jensen definitely surprised me the most. In the beginning, I had no idea he would become as important of a character as he did. I’m so glad he stepped up and demanded more page time than I originally planned.

TQ:  Which question about the Alex Wayfare series or The Untimely Deaths of Alex Wayfare do you wish someone would ask? Ask it and answer it!

MGB:  Question: I don’t like sci-fi or romance, so why should I read this book?

Answer: The Alex Wayfare series is more than just a time travel or love story. It’s about self discovery. It’s about the realization that there is nothing wrong with you, you’re NOT WEIRD, that you have gifts and you needn’t be afraid to share them with the world. It’s about discovering what those gifts are and holding on tight, never letting go just because someone else thinks you should. I think it’s a series everyone can relate to. The time travel and romance parts are just icing on a much deeper cake.

TQ:  Give us one or two of your favorite non-spoilery quotes from The Untimely Deaths of Alex Wayfare.

Number 1: My lives have been woven throughout time, each thread tightly secured in history.

And I have the ability to unravel it.

Number 2: Books are powerful things. Our memories may fade, but the written word lasts across lifetimes.

MGB:  Hopefully an Alex Wayfare Book Three! I have four books planned for the series. I’m also working on a book outside of the Alex world, but it’s a seeeekrit.

MGB:  Thank you for having me! 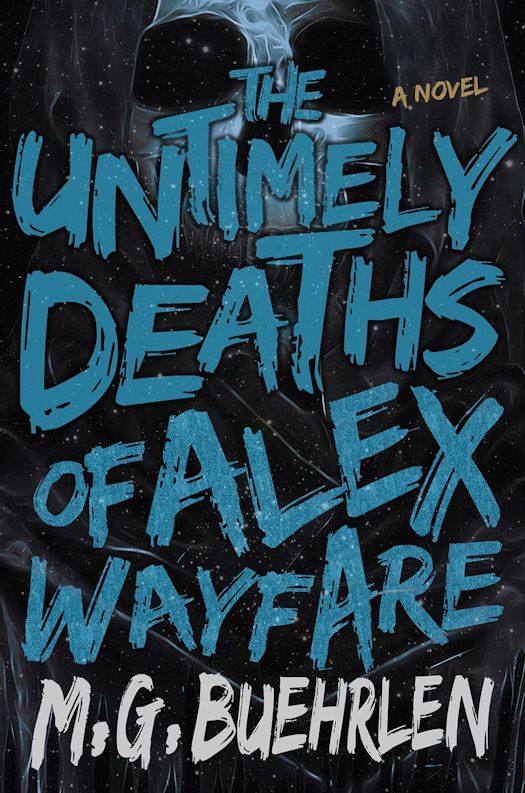 Time travel, adventure, and romance come together in the highly anticipated sequel to THE 57 LIVES OF ALEX WAYFARE.

Alex Wayfare is back in Base Life. Her 57th life. She's in Chicago searching for Blue, who travels with her whenever she goes back in time. She's never met him in Base Life, but she's hoping he'll remember her in the present, and that he'll want to be with her like he does in the past.

Their romance is put on hold when she's attacked by henchmen working for Durham Gesh, who wants to harness her abilities for his own ugly purposes. But that threat seems insignificant when she returns home to face her younger sister's deteriorating health. Researching every possible remedy, from ancient herbs to forgotten medical advancements, Alex seeks a cure for her sister's cancer in the past.

The journeys are never simple. From the countryside of eighteenth-century China to a top-secret research lab in 1970s Michigan, Alex is plagued by enemy Descenders who seem to anticipate her every move, and realizes she may have a traitor in her small band of allies.
A traitor who might bring Gesh straight to Alex's front door.

The only person Alex feels she can trust is Blue. But there are secrets Alex doesn't know—secrets about Blue, about her team, and about herself. And the biggest secret of all will change her life, or her lives, forever. 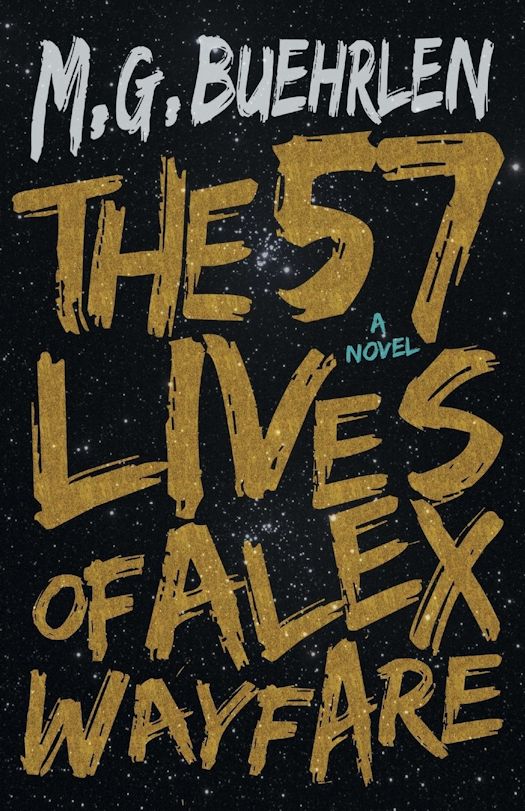 For as long as she can remember, 17-year-old Alex Wayfare has had visions of the past. Visions that seem so real they leave her breathless, feeling as if she really was onboard a ship bound for colonial America, or rising to the top of the first Ferris wheel at the Chicago World’s Fair.

But these brushes with history are not simple jaunts back in time, nor do they come without a price. Alex's visions wrench her from her life in the present without warning, returning her with mysterious wounds and inexplicable, lasting effects. Desperate for a normal life, Alex wants to discover the meaning of her visions and get rid of them once and for all.

It isn’t until she meets Porter, a stranger who seems to know more about her than she knows about herself, that Alex learns the truth: she is a Descender, capable of traveling back in time to her fifty-six past lives by accessing Limbo, the space between Life and Afterlife.

With fifty-six lifetimes to explore, historical secrets to unlock, and hidden treasures to unearth, descending back in time becomes irresistible to Alex, especially when the same mysterious boy with blue eyes keeps showing up in each one of them. But the more Alex descends, the more it becomes apparent that someone doesn’t want Alex to travel again. Ever. And will stop at nothing to make sure her current life, her fifty-seventh, is her last.

M.G. Buehrlen is the author of The 57 Lives of Alex Wayfare and The Untimely Deaths of Alex Wayfare. For 12 years, M.G. was a web developer and social media director, and she co-developed YABooksCentral.com, the largest social network for YA Book lovers. When not writing or web-developing, M.G. is a hipster-foodie-history-buff who, some say, is way too picky about the quality of her coffee. Visit her online at www.mgbuehrlen.com.

What:  One entrant will win a copy of The 57 Lives of Alex Wayfare by M.G. Buehrlen from the publisher. US ONLY

Who and When:  The contest is open to all humans on the planet earth with a US mailing address. Contest ends at 11:59 PM US Eastern Time on May 5, 2016. Void where prohibited by law. No purchase necessary. You must be 18 years old or older to enter.