Please welcome Guy Haley to The Qwillery.  The Emperor's Railroad (Dreaming Cities 1) is out on April 19th from Tor.com. 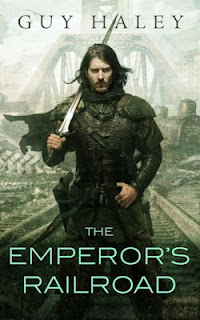 TQ:  Welcome to The Qwillery. You've written over a dozen novels in a variety of genres. Has your writing process changed over the years?

Guy:  I don’t know if it’s fundamentally changed. I tend to approach projects differently, but even that variation has settled into a pattern now I’ve been writing fiction full time for six years. Sometimes I plan, sometimes I don’t. Usually I’m working on several projects simultaneously. When I have a lot of deadlines screaming at me is when I’m most productive, and probably most creative too.

Guy:  Sitting down and doing it! I faff something terrible, but I suppose I’m quite disciplined. It’s bad day if write less than 3500 words. Emotionally, the middle part of a book can become a real slog. That’s probably the hardest thing, getting through that phase where it’s turning out nowhere near as good as you imagined and you’re running behind and everything you’ve ever done is rubbish and your wife shouting at you for being grumpy about it. I persevere, with gritted teeth.

TQ:  Describe The Emperor's Railroad (The Dreaming Cities 1) in 140 characters or less.

Guy:  In a world (it always has to start “In a world”) when civilisation has fallen and the dead outnumber the living, by gun and sword one man can make a difference.

TQ:  Tell us something about The Emperor's Railroad that is not found in the book description.

Guy:  Hmm, the book description is quite thorough. I’ll say, it’s an SF/fantasy/Western hybrid, but it really does make sense even so.

TQ:  What inspired you to write The Emperor's Railroad?

Guy:  Watching the Walking Dead and thinking, “Why don’t they just make some armour. Chainmail would do.” Which led to “Surely the number of zombies would eventually decrease rapidly once they began to fall apart. What kind of society would arise afterwards?” and then finally “Where the hell do all these zombies come from anyway?”

Guy:  I write both SF and fantasy, and often mix the two up with scant regard for genre boundaries, but if I had to encapsulate the essence of the two, I’d say SF examines what it means to be human, whereas fantasy explores what it means to feel human, if that makes any sort of sense at all. SF is often existential, whereas fantasy is often emotional. Fantasy is also an intensely moral genre, and I mean that in a good way. It’s this opportunity to look at the big questions in life in different ways that makes both SF/fantasy so appealing.

TQ:  What sort of research did you do for The Emperor's Railroad?

Guy:  I plundered my memory banks, specifically for things I’d read or watched about a far future Earth without people in it. I read Lewis Dartnell’s The Knowledge (brilliant reference if you want to write post-apocalyptic fiction), and I spent a lot of time virtually rambling around West Virginia on Google streetview.

Guy:  The book is delivered in the voice of Abney, who as a boy travelled with the hero Quinn, and as an old man is now relating his experiences to the reader. His voice came delightfully easily, and made the book a pleasure to write. All the other characters are viewed through this “Abney filter”, if you will. I would say all I was doing was writing down his story, which is nonsense, of course - it came out of my subconscious by mysterious processes - but sometimes it feels like you really have very little to do with the writing process at all. This was one of those stories. Great fun.

Guy:  I don’t think it is possible to write anything without having some sort of social issue involved. We all live in societies, none of them are perfect. So yes, they are in there. But if you mean, “do I tackle head-on Twitter’s hot-button topics”, then not in this book. In fact, I made a point of dissolving todays’ racial boundaries. A few places aside, most people in this future have a mixed heritage and a homogenous look, having descended from very small groups of survivors.

I do peek obliquely at the status of women in society, but it’s not a major theme. I’m not a fan of fiction (or people, really) that like to beat you over the head with “issues”, but equally I hate it when they are ignored or diminished. Naturally, genuine issues about identity, sexuality, politics, society, the environment, whatever, all make excellent cores for stories – and indeed one of the later novellas in this series does centre on such an issue. But this isn’t an “issue” book. It’s about heroism, family, duty, and survival.

TQ:  Which question about The Emperor's Railroad do you wish someone would ask? Ask it and answer it!

Yes! If you like any of the following: post-apocalyptic fiction, zombies, Clint Eastwood, or weird science fiction. Even if you don’t, it’s only two dollars. Give it a try. I’ll give you a puppy. (I lie. There is no puppy).

TQ:  Give us one or two favorite non-spoilery quotes from The Emperor's Railroad.

Guy:  I’ve always got a lot on. Two short stories, a novel rewrite, the sequel to The Emperor’s Railroad, and two short novels to do before May. Jeepers! Actually, that scares me. I better do some writing. 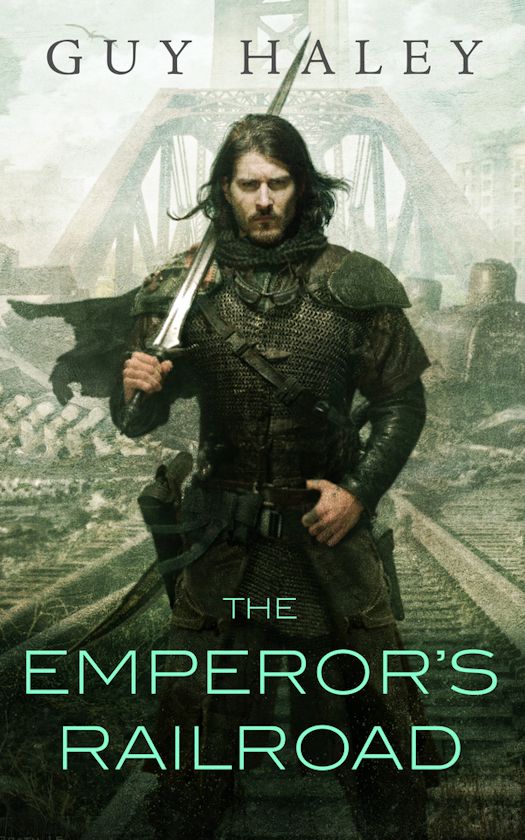 Global war devastated the environment, a zombie-like plague wiped out much of humanity, and civilization as we once understood it came to a standstill. But that was a thousand years ago, and the world is now a very different place.

Conflict between city states is constant, superstition is rife, and machine relics, mutant creatures and resurrected prehistoric beasts trouble the land. Watching over all are the silent Dreaming Cities. Homes of the angels, bastion outposts of heaven on Earth. Or so the church claims. Very few go in, and nobody ever comes out. 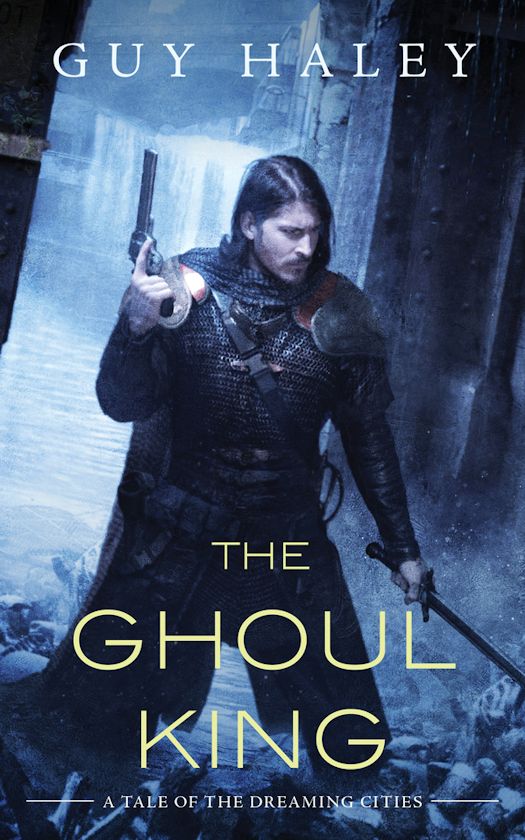 Quinn returns in THE GHOUL KING, another story of the Dreaming Cities by Guy Haley.

The Knight, Quinn, is down on his luck, and he travels to the very edge of the civilized world – whatever that means, any more – to restock his small but essential inventory.

After fighting a series of gladiatorial bouts against the dead, he finds himself in the employ of a woman on a quest to find the secret to repairing her semi-functional robot.

A prolific freelance author and journalist, Guy Haley is the author of Reality 36, the Warhammer 40,000 novels Valedor and Baneblade, among others. He lives in Yorkshire with his wife and son.