Please welcome Steve Toutonghi to The Qwillery as part of the 2016 Debut Author Challenge Interviews. Join is published on April 19th by Soho Press. 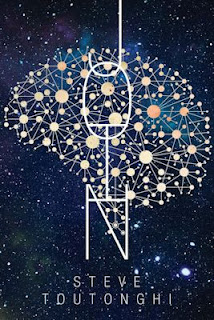 Steve:  I started thinking seriously about writing in high school, inspired by two things. First was a love of comic books that started in elementary school. I was the kid in junior high who knew the history of every Marvel character. The second was a couple of books, probably published in the twenties or thirties that I found when I was about eleven in the basement of a relative's house. They were of the "Comprehensive History of Western Civilization" genre--which at that time meant that they had stories of Kings, great battles, and significant advances in arms and occasionally in infrastructure. They also had beautiful maps showing the growth and contraction of the great empires of Europe. The writers sounded very self-assured and wise and those were both qualities that I felt I could use more of in my life. I tried to find the emperors and kings who had reigned for a long time, hoping that since they had survived to a ripe old age, their eras were examples that proved that I might do the same (survive). Poring over those books also taught me that books that appeared to be thick and complex could sometimes be sources of great pleasure. I had a very rich life in fiction for many years after that. In high school, after learning from D&D that I enjoyed spending time building stories, I decided to try writing my own.

Steve:  Probably a hybrid. Right now, my method is to outline stories by writing a full first-draft. That lets the characters make decisions and lets the story surprise me. Then I explore the story, work on character backstory, revise a great deal, and write a more deliberate expression of the story's motivating energy.

Steve:  The freedom. That's also the most enjoyable thing. It can be disconcerting, but also strangely reassuring because it asks a question very similar to what seems to be a fundamental question in life: what is the most important/interesting/valuable thing you can write (or do) right now?

Steve:  The comic books led me toward pulp paperbacks and writers like Michael Moorcock, Ray Bradbury, Piers Anthony, Robert Heinlein, and Robert E Howard. Those history books I found led me to multi-generational sagas by writers like James Michener, and long adventures by writers like James Clavell and Tolkien. War and Peace, Anna Karenina and Douglass Hofstadter’s book—Godel, Escher, Bach—were all very important books for me in high school and have all had a presence in my life since. I read the Gulag Archipelago in the summer after high school and am still traumatized by it. Other writers I think about fairly often are Charles Dickens, Carl Jung, Gabriel Garcia Marquez, and Cormac McCarthy.

In university I dove into poetry. I still love the work of Denise Levertov and Adrienne Rich who were both very active at Stanford when I attended. Exploring their work and listening to them led me to Charles Wright, Gwendolyn Brooks, Sylvia Plath, Marianne Moore, Gary Snyder, WH Auden, William Carlos Williams, Robert Lowell and many, many others. Poetry was a detonation in my life that hasn't really stopped exploding.

In the mid 90's, the originality of Jeff Noon's vision in Vurt made a big impression on me. While writing Join, I was also thinking at various times about The Power Broker by Robert Caro, Thinking Fast and Slow by Daniel Kahneman, Charles Johnston's work on Cultural Maturity and Creative Systems Theory, the Niccolo series by Dorothy Dunnett, and Wolf Hall by Hilary Mantel. During revisions, I thought about the Borg.

Steve:  When individual minds unite, families, friendships and identity are transformed, and Chance and Leap fight for each other and for the future

TQ:  Please tell us something about Join that is not found in the book description.

Steve:  I think Join is about the potential for hope -- hope for a fulfilling life and for loving companionship -- to survive in a fragmented world that bristles with fear and danger.

TQ:  What inspired you to write Join? What appeals to you about writing Science Fiction?

Steve:  I was inspired by what I see as growing pressures on the sense of individual identity, and by a fear that our current understanding of ourselves may not be adequate to meet the challenges we're creating, but that changes in any direction will inevitably provoke a backlash.

As for science fiction, the potential scope of expression is very appealing. Change is the defining sensation of our era, and science fiction is about change. Technology itself is a modern vernacular whose forms reach to the wellsprings of our hopes, fears and desires.

TQ:  What sort of research did you do for Join?

Steve:  I read a lot about the potential for faster-than-light communication, about patterns of environmental threat resulting from human activity, about the concept of an observer in quantum phenomena, and about the limits and biases of human cognition.

Steve:  Leap was the easiest. Leap is wary of the world and fundamentally inclined to appreciate solitude. Those are both characteristics I identify with.

Chance was the most difficult. The way I thought about Chance changed during revisions. I had originally thought Chance was rational and data driven, but came to view it as optimistic and in-love.

Steve:  When writing the first draft/outline, I followed the story, so that really determined the relationship of the work to social issues. But I was also originally inspired to begin writing the story--at least in part--by concern over what I was seeing in the world.

TQ:  Which question about Join do you wish someone would ask? Ask it and answer it!

Steve:  What is the relationship between Hamish Lyons and Forest Whitaker?

TQ:  Please give us one or two of your favorite non-spoilery quotes from Join.

1. "You know, for a long time, I thought I could just think of you as a married couple with very eerie telepathy." -- Josette
2. "We're us," says Jackson, slightly affronted, "like I said, the humans."
3. "What you do with technology, nature has done through love since the mind began."
-- Joseph Rex, Poe's Mission, Book I

Steve:  I'm working on new projects that are thematically related to Join but don't happen in the same world. Hoping there'll be enough interest in Join to justify revisiting that world at some time in the future.

Steve:  Thank you! It was a pleasure! 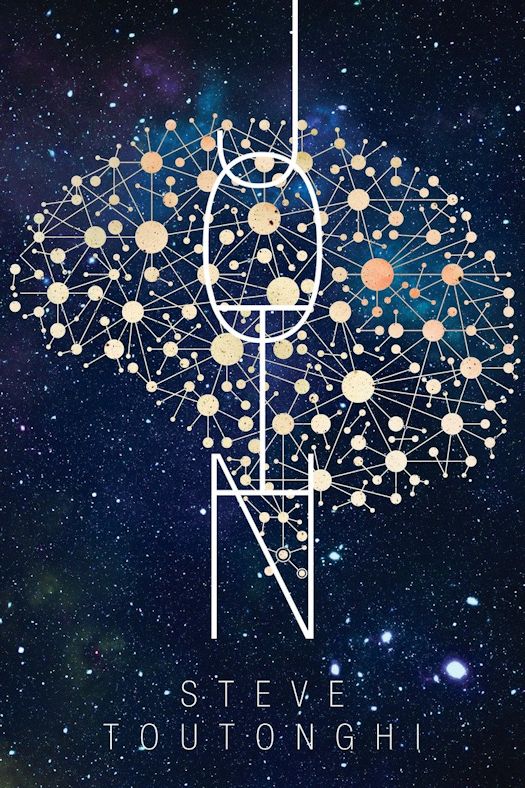 What if you could live multiple lives simultaneously, have constant, perfect companionship, and never die? That’s the promise of Join, a revolutionary technology that allows small groups of minds to unite, forming a single consciousness that experiences the world through multiple bodies. But as two best friends discover, the light of that miracle may be blinding the world to its horrors.

Chance and Leap are jolted out of their professional routines by a terrifying stranger—a remorseless killer who freely manipulates the networks that regulate life in the post-Join world. Their quest for answers—and survival—brings them from the networks and spire communities they’ve known to the scarred heart of an environmentally ravaged North American continent and an underground community of the “ferals” left behind by the rush of technology.

In the storytelling tradition of classic speculative fiction from writers like David Mitchell and Michael Chabon, Join offers a pulse-pounding story that poses the largest possible questions: How long can human life be sustained on our planet in the face of environmental catastrophe? What does it mean to be human, and what happens when humanity takes the next step in its evolution? If the individual mind becomes obsolete, what have we lost and gained, and what is still worth fighting for?

A native of Seattle and Soldotna, Alaska, Steve Toutonghi studied fiction and poetry while completing a BA in Anthropology at Stanford. After pursuing a variety of interests including an acting internship at the Oregon Shakespeare Festival, work as an IT systems manager, and teaching English in a public school in Japan, he began a career in technology that led him from Silicon Valley back to Seattle. Join is his first novel.