Interview with Julie McElwain, author of A Murder in Time


Please welcome Julie McElwain to The Qwillery as part of the 2016 Debut Author Challenge Interviews. A Murder in Time was published on April 11th by Pegasus. 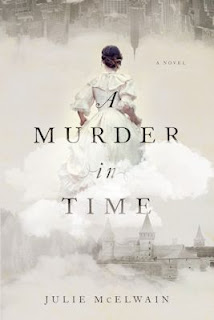 Julie:  Thank you — I’m excited to be here! I’ve actually been writing since I read my first Nancy Drew in fourth grade. I desperately wanted to be Caroline Keene. I’m a huge reader and fell in love with words. I spent my entire childhood writing and discarding novels. Despite that, I decided to pursue fashion design in college (Go figure!) When I took a journalism course and was asked to work for the student newspaper, I realized I could make a living at writing. I graduated with a double major in textiles and clothing and print journalism from North Dakota State University, and moved to California, where I landed a job as a business reporter covering the fashion industry, before shifting to the entertainment industry. I’ve spent my career writing. I love journalism, but I’ve always had a passion to write fiction.

Julie:  I would love to be a plotter, but I am definitely a pantser! Whenever I try to plot chapters out, I lose steam and the process becomes less interesting to me. I have the entire story in my head, but I’m constantly surprised at what the characters say and do. Of course, there is always a fear that I will draw blank. So far that hasn’t happened, but I’m learning to live in a constant state of fear.

Julie:  This may seem ironic given the whole time-travel element of my book, but time is always a factor. I love it when I can find those huge blocks of uninterrupted time to sit down and create, but it’s not easy. I have to force myself to snatch an hour here or there. If I’m stuck on a chapter, unable to find the right words or tone, it can be frustrating, and really requires patience and persistence to keep writing, rewriting and revising until I’m satisfied.

Julie:  Reading good books. I’ve been influenced by so many amazing authors. I love Tess Gerritsen, Karen Slaughter, Tami Hoag, and Lisa Gardner. Their work is dark and gritty and so compelling. Nora Roberts is an incredibly skillful writer who knows how to drill down into the human dynamic like no one else. I’m in awe of Dean Koontz’s imagination and ability to weave words together to create magic. I could go on and on, so I’ll just say that good storytelling always inspire me.

TQ:  Describe A Murder in Time in 140 characters or less.

Julie:  FBI agent Kendra is transported back to Regency England. Hunts a serial killer. Is tested in ways she could never imagine.

TQ:  Tell us something about A Murder in Time that is not found in the book description.

Julie:  Kendra has spent her life excelling, but she’s knocked completely off-kilter when she finds herself in 1815. She’s demoted for the first time ever. She was the youngest FBI agent accepted into Quantico, so it’s hard for her to wrap her mind around failing. Especially failing in a society that she views as inferior to her own. How can that happen? Kendra knows she has something to teach her 19th century counterparts… but she may learn a thing or two as well.

TQ:  What inspired you to write A Murder in Time? What appeals to you about writing historical mysteries?

Julie:  I gave an old TV — one that actually had a dial, no remote — to a friend’s son so he could play videogames. He was probably about 14 at the time, and seriously brilliant. But when the dial got nudged to another channel he and an equally brilliant friend could not figure out how to fix the TV. It made me laugh. Then it made me wonder how any of us would fare if we no longer had the technology that we’ve come to rely on. Even smart people may have a difficult time adapting! As far as writing historical mysteries, I find history appealing — period. It’s fascinating to me how people lived, how we’ve evolved and continue to evolve. It’s equally fascinating to me how we’ve remained the same. I love exploring this broader human dynamic within the more narrow confines of a mystery.

TQ:  What sort of research did you do for A Murder in Time?

Julie:  It was important to me to be as accurate as possible, so I did a tremendous amount of research. Kendra might not have access to 21st century technology, but she still had to have knowledge of forensics and criminal investigation. I have my own “murder” library (which might scare some of my visitors) that includes everything from books on serial killers to autobiographies and first-hand accounts written by the country’s leading FBI agents. I also subscribe to newsletters and blogs from romance writers specializing in Regency England. And I’ve been fortunate enough to visit Great Britain several times, where I’ve explored some of the great estates and wonderful museums to get a feel for both the country and its rich history.

Julie:  Lady Rebecca came very naturally to me. I have three brothers — no sisters — and grew up fighting for “girl power” in my household. Rebecca is always arguing for girl power in a society where women didn’t even have the right to vote. She was a suffragette before that movement was really organized. The hardest wasn’t a character, but how to address characters in the early 19th century, and the entire title system for the British aristocracy. It’s very specific and complex. Perhaps because I’m an American, nothing about it came naturally to me.

Julie:  I didn’t consciously choose to include or exclude social issues. I felt that everything in the story came up organically. A 21st century person would be hard pressed not to compare and contrast modern day life with life in the early 19th century. For the lower classes, there was no childhood as we know it. Children were put to work by the time they were 10. Of course, one might argue our society has extended childhood well into our 20s. Kendra is in the perfect position to observe how culture has changed — for the better and for the worse.

TQ:  Which question about A Murder in Time do you wish someone would ask? Ask it and answer it!

Julie:  Why did you name your heroine “Kendra”? Answer — I researched a lot of names before I settled on Kendra. Depending on the resource, it means “prophetess” or “knowledge” or “greatest champion” — all of which I felt suited my heroine perfectly. Being from the future, she recognizes what will happen in the world. She has knowledge that no one else has in this era. And she’s a champion for justice. I love that.

TQ:  Give us one or two of your favorite non-spoilery quotes from A Murder in Time.

Julie:  Both quotes come from Mrs. Danbury, the housekeeper:

“Miss Donovan, you will never address his Grace as Duke again. He is your Grace or the Duke of Aldridge or sir. And you will curtsy when you leave a room with one of your betters.”

“You will not speak to your betters unless they ask you a specific question. You will, in fact, blend into the background. A good servant, the perfect servant, is not noticed.”

Nothing, I think, points out the class system and the difference between the 21st century and the 19thcentury mindset — and shows Kendra just what she will be up against living in this era.

Julie:  I’m busy writing a sequel to A Murder In Time. On the surface, Regency England is a glittery era filled with parties and frivolity, but it has a dark underbelly. Kendra Donovan may be just the person to take that on. Her story is far from over! 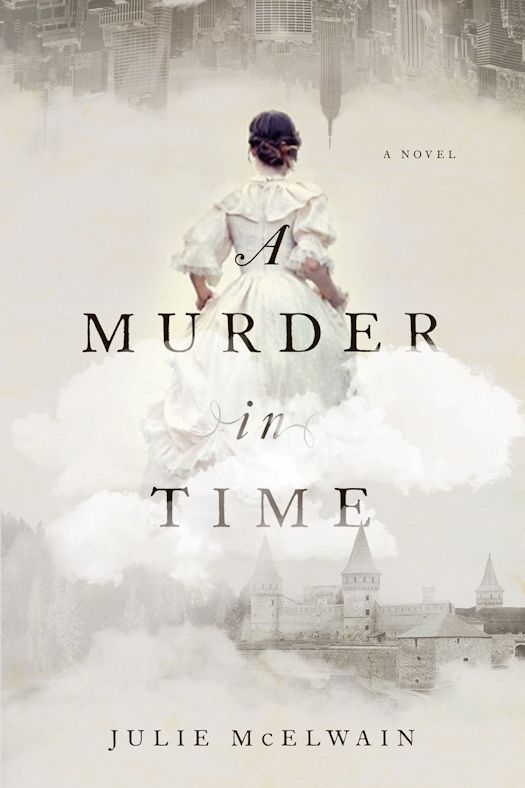 Julie McElwain began her journalistic career at California Apparel News, a weekly Los Angeles based trade newspaper. She has freelanced for numerous publications from professional photographers magazines to those following the fashion industry. Currently, Julie is West Coast Editor for Soaps In Depth, a national soap opera magazine covering the No. 1 daytime drama, The Young and the Restless. Julie lives in Long Beach, CA.