Interview with Emily Carpenter, author of Burying the Honeysuckle Girls


Please welcome Emily Carpenter to The Qwillery as part of the 2016 Debut Author Challenge Interviews. Burying the Honeysuckle Girls will be published on April 26th by Lake Union Publishing. 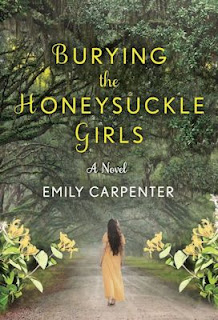 Emily:  Thanks so much for having me. I’ve been writing all my life for fun, but I really started in earnest when I was in my mid-20s and living in New York. I was working for CBS Television, in their daytime programming department. Guiding Light and As the World Turns, their two venerated soaps (which have since been cancelled) were taped in the city. I’d always loved books and movies and television—story is my THING—and I started to imagine how much I wanted to write screenplays. I asked my boss if I could write a spec script for Guiding Light, just to see if I would be any good at it. (I wasn’t.) She was extremely encouraging, and even though the exercise never really came to anything, the experience really lit a fire under me. I spent the next several years teaching myself how to write screenplays, entering competitions, and placing in a few. Ultimately, it started to seem like an impossible feat to break into the movie business. So I considered writing a book. I was really intimidated though. A screenplay is 120 pages, but a book is triple that. But I figured if you did a little bit every day, you’d eventually cross the finish line. And I did.

Emily:  I’m a hybrid of the two. I do need a fairly firm plot in place before I get started. I can’t just start typing away. After so many years writing screenplays, the three act structure really imprinted itself into my DNA, so before I start writing now, I need a few crucial elements in place. (Maybe written down on a piece of paper somewhere, but floating around in my head will do just fine.) I think of these elements as poles holding up the tent. They are the inciting incident, first turning point, mid-point, second turning point and climax. I need a general idea where, in terms of setting, I’m going to be in the first, second and third acts. Preferably a couple of interesting, spooky places with some cool set pieces thrown in that I’m really excited about exploring. Also in the mix, I need a really firm grasp on who my main characters are—what they look like, what they do, what they want most right when the book opens. Once I have all those elements in place, I commence to pantsing.

Emily:  Commas. No, really, I am not kidding, I am terrible at commas. Ask anybody—my agent, my critique partners, editors. Ugh, the worst. I think I was absent the day they taught those in elementary school. I either have no commas or an overabundance of them.

Another challenging thing for me about writing is the business side of things. I have a hard time remembering that my goal is to write for more than just myself, that I really, actually do want a great number of people other than myself to enjoy my books. Consequently, I have to kind of squelch my inner weirdo who wants to write about things that interest me intently but would result in a possibly unsellable book. Like, I’d love to write a crazy ghost story with romance and time travel and a haunted house and weird speculative scientific inventions and a bunch of bonkers unreliable narrators who tell the story out of chronological order, but that takes a writer with serious panache, and I am not sure I possess those things. Let’s just say, I am wildly ambitious without the necessary Stephen King mad-genius skills to pull it off. Not yet, anyway.

Emily:  The issues I care about always show up in my books one way or another: women, families, parents, mental illness and health, religion, God, the south, my home state of Alabama and its chequered past. I’m also influenced deeply by great books, movies, television I love. Books from my childhood that haunt me, like The Secret Garden, The Adventures of Huckleberry Finn, To Kill a Mockingbird. Right now I’m thinking too about Gillian Flynn’s Gone Girl, David Milch’s HBO series Deadwood and Vince Gilligan’s Breaking Bad. I stand in awe of these guys. M. Night Shamaylan is another one—a guy who has written and directed some of the best and worst movies, the most ambitious stories I’ve ever seen. I love how he swings away.

TQ:  Describe Burying the Honeysuckle Girls in 140 characters or less.

TQ:  Please tell us something about Burying the Honeysuckle Girls that is not found in the book description.

Emily:  It’s a dual narrative—half of the story is about a woman named Jinn who lives in the mountains of north Alabama in 1937. Her story weaves in and out of Althea’s story until they collide at the end. Jinn’s a badass. I kind of adore her.

TQ:  What inspired you to write Burying the Honeysuckle Girls?

Emily:  I had written two women’s fiction books, these sort of lighthearted romps with strong romance elements. Each book had a fatal flaw, and I was at a point where I just felt defeated. One night, while I was taking a bath, I started thinking about the kind of books I personally loved reading the most. Suspense books. Psychological thrillers. Mysteries with a touch of horror. I thought to myself, “Wonder if I could do that…write a spooky book? Now THAT would be fun.” It kind of got me energized and excited. Felt like a challenge. I came up with this crazy scenario…what if there was a significant birthday bearing down on you that had spelled death or madness for all the women before you in your family. What would that mean? What would you do? I sort of hooked myself. I got really excited, jumped out of the bathtub and pitched it to my husband. (I put on pajamas first.) He loved it. Then said, “But what happened to the women?” I was like, “I don’t know. I haven’t figured that part out yet.”

TQ:  What sort of research did you do for Burying the Honeysuckle Girls?

Emily:  Several years before I started the book, I’d written a spec screenplay about the first National Forest ranger in the US who lived up in the north Georgia mountains, a guy who singlehandedly restored the Georgia forests decimated by lumber companies and brought back the deer population. I had already done a lot of research about that Appalachian foothills area back in the mid-1930s, so it was pretty easy to translate to Jinn’s story, which takes place in the Alabama mountains in 1937. Other than that, I did a good bit of research on the history of state-run mental institutions. And that’s all I’m going to say about that.

Emily:  Jinn was a joy to write. Her story seemed to flow really easily. She was just so heroic, but in this quiet, strong way. I’m not sure why she came to me so easily, but I hope something like that happens to me again. The hardest to write was Althea’s brother, Wynn. He’s so anxious to keep his sister quiet, to hide her difficulties from the world. To shut her down and shut her up. Even though he does some terrible things, I knew I couldn’t make him this mustache twirling villain. I had to find this part of him that was still a big brother, who had memories with his sister. It was difficult to find that balance sometimes.

Emily:  There is one issue that figures pretty prominently in the story, and although most people may not be aware of it, it means a lot to me. And that’s all I can say without moving into full-on spoiler territory!

TQ:  Which question about Burying the Honeysuckle Girls do you wish someone would ask? Ask it and answer it!

Emily:  “May we make your book into a feature film starring Jennifer Lawrence?” “Yes, please.”

TQ:  Please give us one or two of your favorite non-spoilery quotes from Burying the Honeysuckle Girls.

Emily:  “Shy don’t set the world on fire.” Love that one.

Emily:  I’m working on another suspense / thriller. This one’s set on a small, barrier island off the coast of Georgia. Lots of moss-draped trees, ruins of a Spanish mission, and a snarky heroine with some seriously intense mother issues. Secrets, lies and maybe a murder or three. Or four. 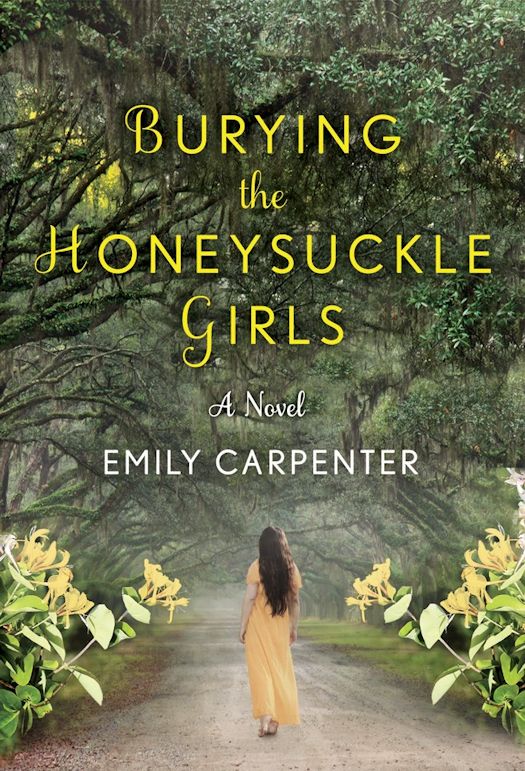 Althea Bell is still heartbroken by her mother’s tragic, premature death—and tormented by the last, frantic words she whispered into young Althea’s ear: Wait for her. For the honeysuckle girl. She’ll find you, I think, but if she doesn’t, you find her.

Adrift ever since, Althea is now fresh out of rehab and returning to her family home in Mobile, Alabama, determined to reconnect with her estranged, ailing father. While Althea doesn’t expect him, or her politically ambitious brother, to welcome her with open arms, she’s not prepared for the chilling revelation of a grim, long-buried family secret. Fragile and desperate, Althea escapes with an old flame to uncover the truth about her lineage. Drawn deeper into her ancestors’ lives, Althea begins to unearth their disturbing history…and the part she’s meant to play in it.

Gripping and visceral, this unforgettable debut delves straight into the heart of dark family secrets and into one woman’s emotional journey to save herself from a sinister inheritance. 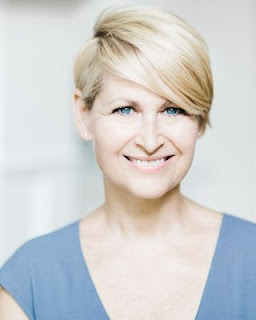 EMILY CARPENTER, a former actor, producer, screenwriter, and behind-the-scenes soap opera assistant, graduated with a Bachelor of Arts from Auburn University. Born and raised in Birmingham, Alabama, she now lives in Georgia with her family. BURYING THE HONEYSUCKLE GIRLS is her first novel. You can visit Emily online at emilycarpenterauthor.com.