Review: Secrets of Men in a Lifeboat by Todd R. Baker 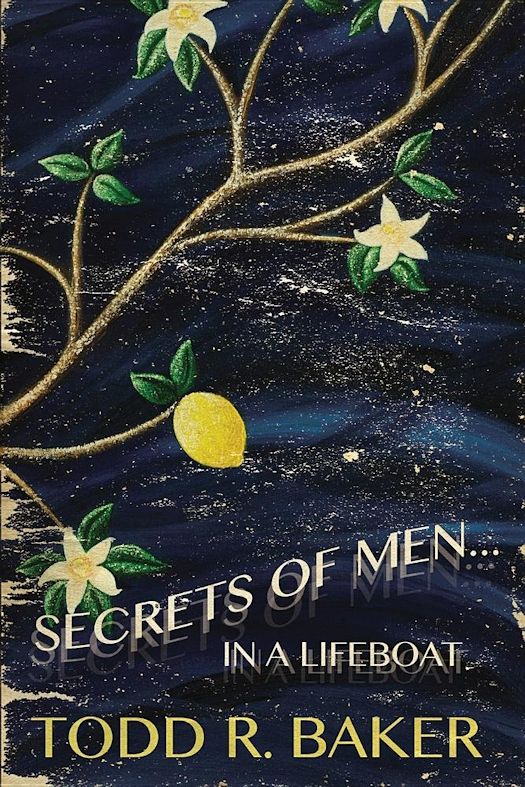 Luke Morrow, a financially struggling young single parent to an 8-year-old boy, comes to believe that he has nothing, until by a magical twist of fate, his improbable internet technology start-up turns him into a Silicon Valley billionaire star. Secrets of Men in a Lifeboat begins with Luke’s harrowing romantic sojourn on the moneyed Westside of Los Angeles. Just when Luke can’t bear life’s pain anymore, he is remade—into a rich but brutal man. As Luke catapults through realms of fame and fortune, he is granted one last chance to seek redemption in a final showdown between honor and his own devastating power.

Luke Morrow's downward spiral began years ago when his startup business failed and his wife left him, taking with her their young son, Trevor. Things go from bad to worse and Luke is reduced to working at a minimum wage job and forced to downsize from a modest one bedroom apartment in a good neighborhood to something much smaller and not so nice. The light of Luke's life is his son. During Trevor's visits, the two share adventures and happiness that money can't buy. Then Luke discovers his ex-wife and her husband plan to relocate to the east coast which would make it impossible for him to see his son. Luke is filled with self-loathing and becomes obsessed with the idea that if only he were rich and powerful, his life would be perfect. Or would it?

Secrets of Men in a Lifeboat is hard to break down into neat categories. It has an It's a Wonderful Life aspect that delivers some very powerful messages about consequences. Todd R. Baker expertly paints a portrait of an unfulfilled man who has reached rock bottom. Luke is mildly unlikeable but his tenderness towards his son makes him sympathetic. So much so that in Part 1, Luke's lonely journey into the depths of desperation and fear as he struggles in a cruel, uncaring world actually made me uncomfortable. But Secrets of Men tells two very different stories through its alternate timeline. Part 2 depicts a very different Luke Morrow. In his pursuit of wealth and power he brutally tramples everyone in his path, including his son. His heartless behavior towards his son and his degrading treatment of the women who love him is despicable.

I was intrigued by the author's observations of the psyches of married/divorced men and their expected role in society. The novel explores the stress men put themselves under to attain financial success and offers a rare perspective of their struggle to find their place in a competitive world.

Todd R. Baker's writing style is aggressive and direct and might have seemed somewhat disjointed if the approach didn't serve the story so well. Its third person narrative softens the impact of some of the hard-to-take events making them feel less personal and more objective.

Secrets of Men in a Lifeboat is thought provoking and unusual. It touches on difficult topics such as anxiety, autism, infidelity, divorce, depression and suicide in a realistic manner and without stigmas, which I found refreshing. I believe it will become a favorite of Book Clubs because it's packed with symbolism and issues ripe for discussion.

Secrets of Men in a Lifeboat has only a small speculative fiction portion, so it's not my usual fare and parts of the book were difficult for me to read due to the ugliness of the situations. However, its message of redemption won me over. Ultimately, I enjoyed the love story between father and son. The touching moments between Luke and Trevor stand out as memorable highlights. Todd R. Baker has written a strong debut novel. Secrets of Men in a Lifeboat is haunting and unforgettable.