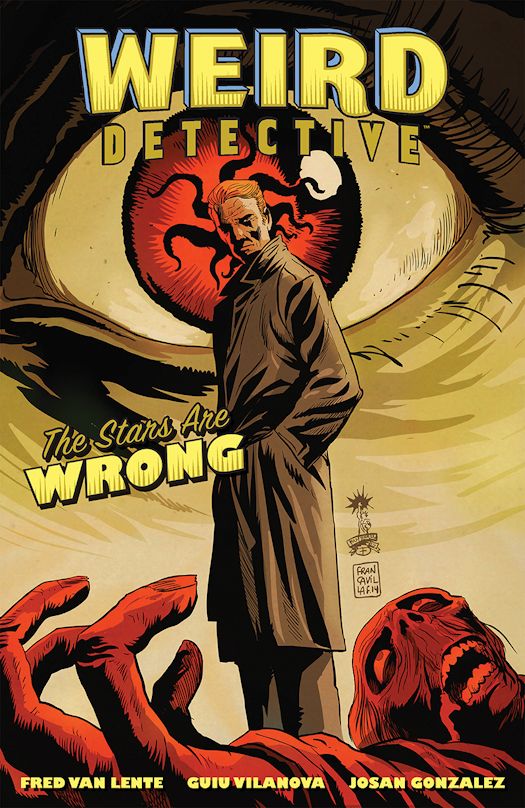 Cthulhu cops, the Innsmouth Mafia, telepathic cats, and other crimes against sanity stalk the streets of New York in this pulpy stew of crime, horror, and mystery from the writer of Marvel Zombies and X-Men Noir.

The city has been plagued by a pattern of crimes too weird and bizarre for the average detective. Lurking in the evidence are shadows of loathsome horrors from beyond space and time, seeking to usher in the unimaginable evil of the Old Ones. The only man capable of fighting against the unspeakable terrors isn’t a man at all. Detective Sebastian Greene is one of them—it takes a monster to catch a monster.

“I love H. P. Lovecraft, I love cop shows, and their unholy bastard child is Weird Detective,” Van Lente says. “Seeing cosmic horror at the street crime level opens up both genres to incredible new possibilities. Sebastian Greene is just the person to be your guide through this dangerous world, even as his own partner tries to figure out his dark secret.”

The first issue of Weird Detective contains all twenty-four pages of its three-part debut in Dark Horse Presents, plus twenty-two brand-new pages—all for the regular cover price of $3.99.


Praise for other works by Fred Van Lente:

“A great new series but then again, with Fred Van Lente doing the writing, it really shouldn’t be that much of a surprise. I can’t wait to see what happens next.”—Comic Vine

“Fred Van Lente is an industry veteran and knows how to craft a first issue.”—Comic Book Resources

“This is a solid start for Van Lente’s latest project.”—IGN 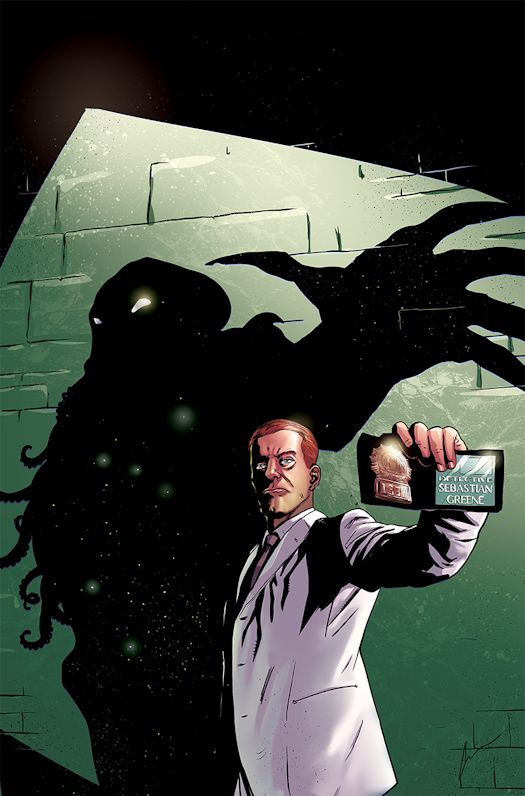 Guiu Vilanova entered the scene in 2008 with work for IDW and Dynamite on titles such as A-Team War Stories, Raise the Dead 2, and Dark Shadows. From 2013-2015, Vilanova worked with J. Michael Straczynski on Twilight Zone, and began his relationship with Dark Horse Comics in 2014 with Fred Van Lente on Dark Horse Presents.

About Dark Horse Comics
Founded in 1986 by Mike Richardson, Dark Horse Comics has proven to be a solid example of how integrity and innovation can help broaden a unique storytelling medium and establish a small, homegrown company as an industry giant. The company is known for the progressive and creator-friendly atmosphere it provides for writers and artists. In addition to publishing comics from top talent, such as Eric Powell, Mike Mignola, Geof Darrow, Brian Wood, Gail Simone, Stan Sakai, and Guillermo del Toro, and comics legends, such as Will Eisner, Milo Manara, Kazuo Koike, Neil Gaiman, and Frank Miller, Dark Horse has developed its own successful properties, such as The Mask, Ghost, X, and Barb Wire. Its successful line of comics, manga, and products based on popular properties includes Dragon Age, Buffy the Vampire Slayer, Aliens, Conan, Tomb Raider, Halo, The Witcher, Serenity, Game of Thrones, and Avatar: The Last Airbender. Today Dark Horse Comics is the largest independent comic book publisher in the US and is recognized as one of the world’s leading entertainment publishers.