Artisan's Avenue is a place to showcase fantasy, horror, or sci-fi artists and their creations. As you may have guessed, the name pays homage to Artist's Alley and the wildly talented people I've met at various comic cons. I am continuously fascinated and impressed with their creativity and imagination and I hope our readers feel the same. 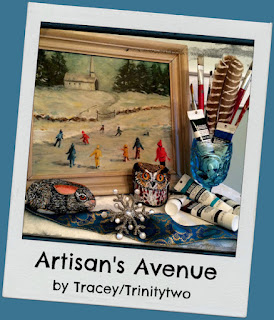 The Qwillery would like to welcome Wendy Allen, the talented fiber artist and fashion designer behind the Moss Fête and Miss Fitt collections. I wandered into Wendy's delightful booth at New York Comic Con 2015 and immediately fell in love with the whimsical wool hats, scarves and other gorgeous accessories. 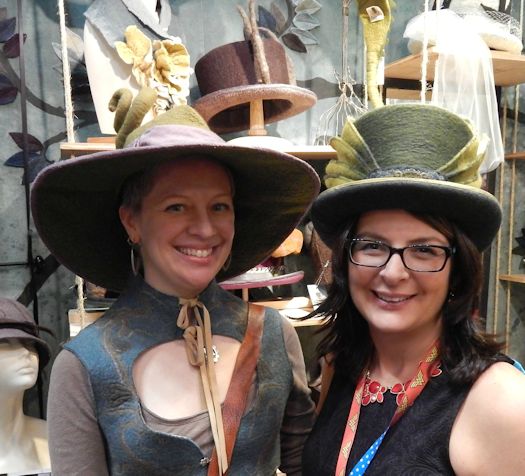 Wendy Allen and Tracey/Trinitytwo at NYCC 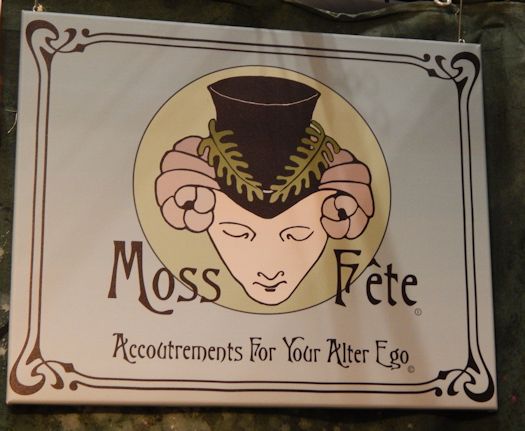 Tracey/Trinitytwo:  Hi Wendy, would you please tell our audience a little about your creative background?

Wendy Allen:  I was forced at gunpoint to learn to sew as a child, but by Junior High I was grateful for the skills and had started making both my own clothes and costumes for school plays. By high school I ran the costume shop myself and had also become a quite a hat collector. While studying costume design in college my grandmother who had been a weaver in the Appalachian Mountains died and left me her loom. We had a really good fiber teacher named Edwina Bringle and a magnificent collection of looms and yarn so I took some classes with her. Edwina encouraged me to try felting and loaned me some equipment.

I bought a bag of smelly raw sheep wool out of the back of a magazine and dyed, carded and felted it at home, making 3 hats and a pair of bedroom slippers. Not long after that I abandoned costume design and took up directing and performance art (I was also studying modern dance and voice). After graduating from UNC-Charlotte I went on to study interdisciplinary performance art at the Naropa Institute in Boulder CO. I then moved to San Francisco where I started Miss Fitt & Co., a general production company with the aim of generating performance art with the other artists I had moved there with. We put on several shows in which we created and performed various dance, music, film, and dun dada daaaa…….costumes. Full circle.

Most of my income was coming from making costumes for Burning Man customers and commercials as well as bridal gowns for brides with a taste for the unusual. I was holding a knitting B at my studio one day when the owner of the local hat shop spotted those hats I had made waaaaaaay back in college and asked me to design a line of hats for her store. I had no idea if I could pull it off but by then the internet had been invented and I found a wealth of information and a much more ready supply of carded and dyed wool. I made about 15 hats for her and she sold out of them in 2 weeks. I've pretty much been making felt hats for a living ever since. The name Miss Fitt & Co. seemed to work well for a label so I kept it. 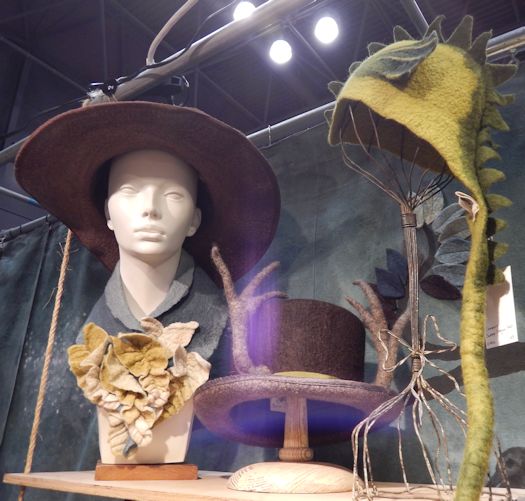 TT:  How did the Moss Fête and Miss Fitt collections come about?

WA:  After that first store ordered hats from me, I started getting requests from other stores around town. Then a sales rep from LA approached me and asked if she could represent me. That was around the same time the SFMOMA (San Francisco Museum of Modern Art) picked me up as a vendor for the gift shop. My business exploded overnight. I had the room to expand and a ready source of employees from CCA (California College of arts) where I had taught a couple of classes. But I didn't really know what I was doing and I wore myself out after a few years.

I thought I was ready to be done with felting and moved to North Carolina to take over my stepfather's jewelry wholesale manufacturing business. BIG MISTAKE! I hated it. I missed Miss Fitt desperately. I missed my employees. I missed sleeping til 10 and working til 2 am. Fortunately I discovered indie craft shows (like the Big Crafty in Asheville) and figured out a way to go back to Miss Fitt. I quickly graduated to much bigger shows like American Craft Council in Baltimore. Some of the bigger craft shows I loved doing but there were others that were downright soul sucking.

I missed my old Burning Man customers and my weird brides. I decided to branch out and take a new line of more costumey stuff to Dragon Con. I felt like the Miss Fitt label wasn't quite right for the new work and I didn't want to confuse my older customer base from my craft shows, so I launched Moss Fête….a further play on words from Miss Fitt. I had become a little bored with Miss Fitt because I was making a lot of stuff I knew would SELL, but wasn't stuff I actually wanted to wear myself. Moss Fête is a lot more fun to make. 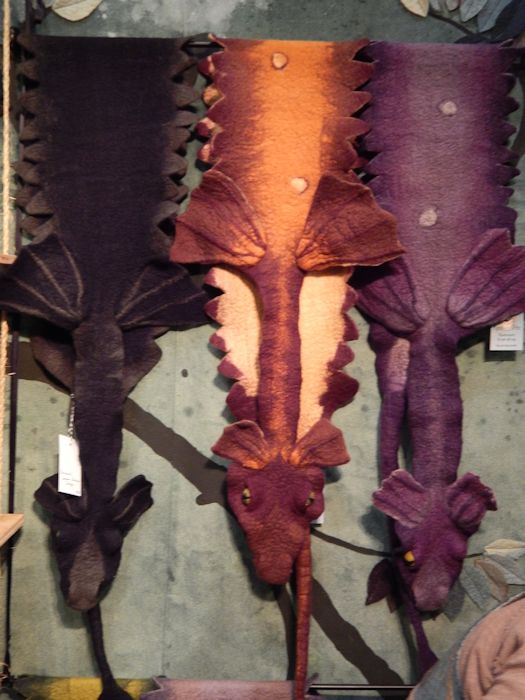 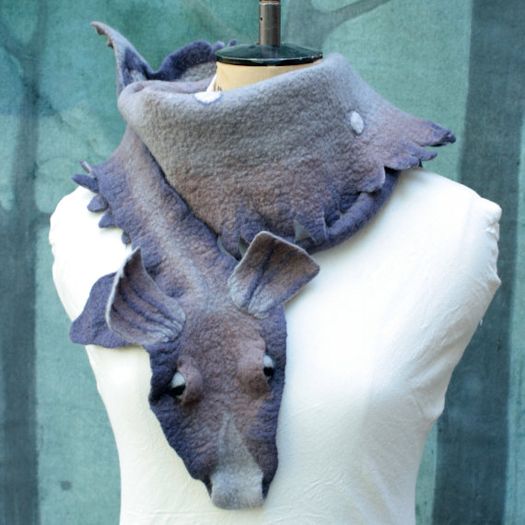 WA:  I spend several weeks going through magazines and websites of designers that inspire me and cutting out pictures of color combinations and surface designs. I create collages from those pictures and put little wool swatches of all the new color combinations for the year. I put those up all around the walls of my studio. I sketch new hats shapes I want to try. I then make samples of those hat shapes to make sure I can actually execute what I have on paper and that I have the right hat blocks for them. Once I get the design nailed down, I assign it several color combinations from the wall and it goes into the line for the year.


TT:  What inspires you in regard to your creations?

WA:  Oh golly, just about anything. That crop of fabulous mushrooms growing in the yard. That Indian blanket hanging on the wall. Pottery or armor I saw at some museum. Seed catalogues. I have a series of top hats in the Moss Fête line called 'Tool Users', that was inspired by the painting elephants in Thailand and these amazing YouTube videos of intelligence tests for crows. 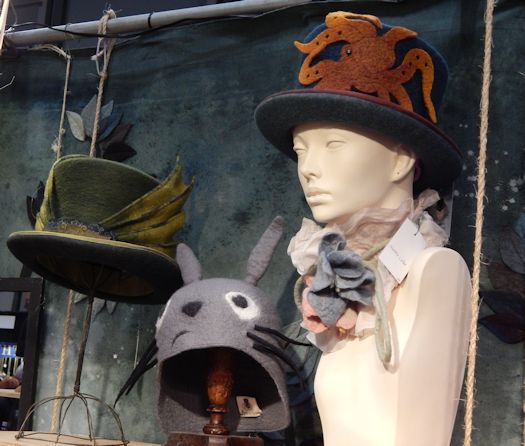 TT:  Please tell us about your current collection.

WA:  My Miss Fitt line this year is much more late 1930's (and) early 1940's inspired than usual. I excel at the cloche and that line tends to be heavy on them, but I got some new hat blocks recently and have been branching out into other decades.

Moss Fête is still in its infancy so I'm mostly doing color variations on a lot of the original designs that have sold really well for me. The Tool User's series is a new hit though. I have a couple of crow top hats that are very popular. 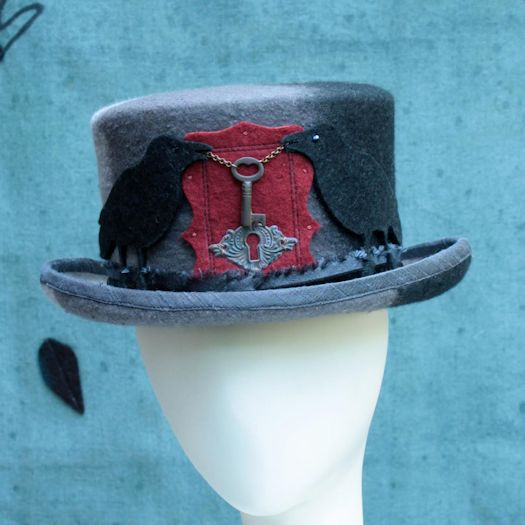 TT:  What is one of your favorite pieces?

WA:  Oh definitely the painting elephant top hat. It has a big 3 dimensional flower and an elephant with a tiny paintbrush in his trunk. 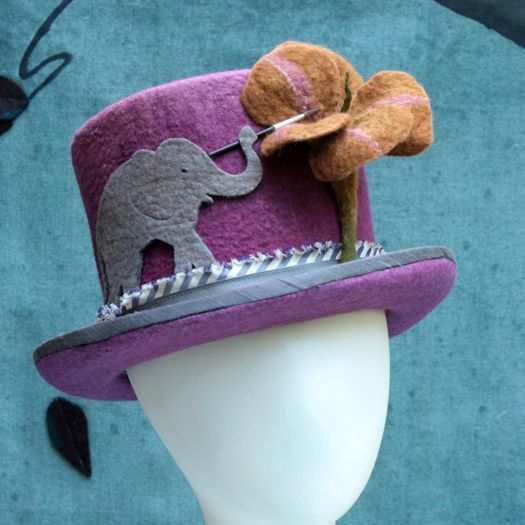 WA:  My design faze happens in the months of June, July and August because I don't do any shows during those months. So I don't have anything super new for 2016 yet.


TT:  Ask and then answer a question about your product or designs that I haven't asked.

WA:  I'm not sure how to phrase the question but I wanted to touch on (the importance of) creative surroundings. Maybe it's something to do with life philosophy or creative drive.

My husband is a recording engineer and we are both musicians. We have always surrounded ourselves utterly and completely with our creative process. Our lives are always about the creative process. We are both workaholics and throw ourselves into our creative work 100%. One of the reasons I moved towards performance art in the middle part of my life was because I have always been drawn to create intricate and layered spaces in which to 'perform' my life. One of the things I love about doing Cons and craft shows is that it gave me the opportunity to create my enchanted felt forest 'set' for my booth space. It also gave me the opportunity to use my big boring white cargo van as a canvas. My goal is to open a store so that I can continue that vision.


You can find Wendy and her glorious creations at 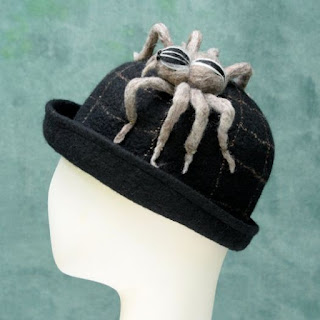 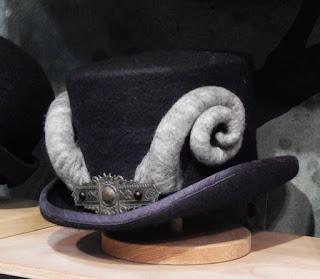 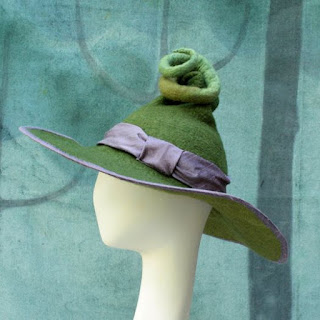 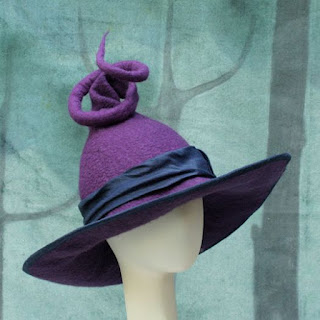 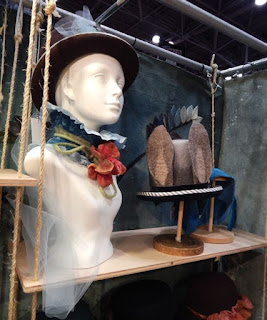