The winner of the March 2016 Debut Author Challenge Cover Wars is Dark Transmissions by Davila LeBlanc from Harper Voyager Impulse with 39% of all votes. 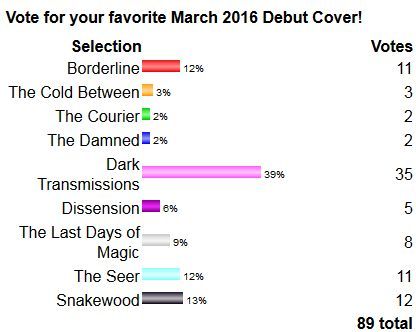 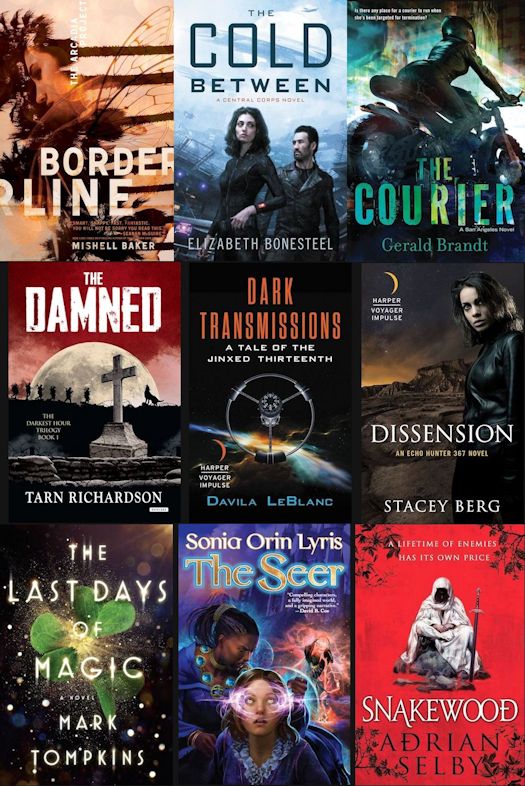