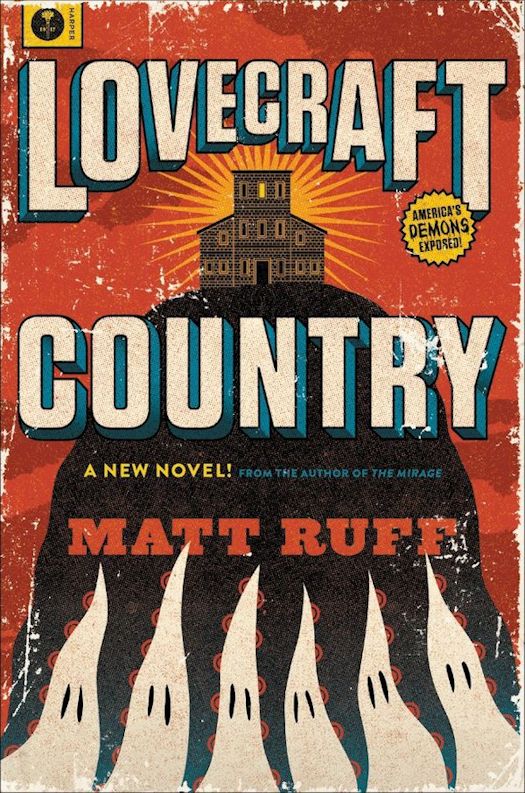 The critically acclaimed cult novelist makes visceral the terrors of life in Jim Crow America and its lingering effects in this brilliant and wondrous work of the imagination that melds historical fiction, pulp noir, and Lovecraftian horror and fantasy.

Chicago, 1954. When his father Montrose goes missing, 22-year-old Army veteran Atticus Turner embarks on a road trip to New England to find him, accompanied by his Uncle George—publisher of The Safe Negro Travel Guide—and his childhood friend Letitia. On their journey to the manor of Mr. Braithwhite—heir to the estate that owned one of Atticus’s ancestors—they encounter both mundane terrors of white America and malevolent spirits that seem straight out of the weird tales George devours.

At the manor, Atticus discovers his father in chains, held prisoner by a secret cabal named the Order of the Ancient Dawn—led by Samuel Braithwhite and his son Caleb—which has gathered to orchestrate a ritual that shockingly centers on Atticus. And his one hope of salvation may be the seed of his—and the whole Turner clan’s—destruction.

A chimerical blend of magic, power, hope, and freedom that stretches across time, touching diverse members of two black families, Lovecraft Country is a devastating kaleidoscopic portrait of racism—the terrifying specter that continues to haunt us today.

Lovecraft Country on its face is the story of the collision of two parts of the same family - one white privileged and magical and the other black, not privileged, and dealing with the Jim Crow era. The novel starts with the return of Atticus Turner to Chicago to find his missing father, Montrose.

On the way home from Florida Atticus deals with some of the racial prejudice of the Jim Crow era. His journey introduces us to the era as well as the The Safe Negro Travel Guide which is based on the The Negro Motorist Green Book. I strongly suggest that you take some time to search online for information about the Green Book and read about how it came about and why it was necessary and while you are at it read about the Jim Crow era. This is the backdrop for the novel and it's important. It has shaped the characters, but you can read the novel without knowing anything about the temporal setting. The events and characters make it very clear about the climate of the times and honestly it's the most frightening part of the novel.

On his return to Chicago, Atticus and his Uncle George decide to search for Montrose. They are accompanied by Letitia Dandridge, a friend of the family. The journey is fraught with prejudice, horrors and close escapes. It's amazing that they make it to their final destination - Ardham, Massachusetts which is located in a part of Massachusetts called Lovecraft Country. They encounter Samuel Braithwhite and Caleb Braithwhite, father and son. Samuel is head of the Order of the Ancient Dawn and he has taken an interest in Atticus for reasons that soon become clear. After the events in Massachusetts the action moves back to Chicago where Caleb is making a play for more control and magical power.

Lovecraft Country is a fascinating novel. There is so much to love about this novel - outstanding characters that Ruff draws with depth and empathy, a thoroughly researched historical setting, a well thought out magical system. The writing is compelling and the story is captivating from start to finish. This is an urban fantasy novel that unflinchingly addresses racial issues head on against a backdrop of Lovecraftian tinged horror, but the heart on the novel is the compelling depth to the characters - Atticus, Letitia, and their extended families - and how they react to both racism and the magic in the world around them. Lovecraft Country is a novel that I will not soon forget and that I will read again.