The Qwillery is thrilled to share with you an excerpt from the international bestseller The Invisible Guardian by Dolores Redondo. 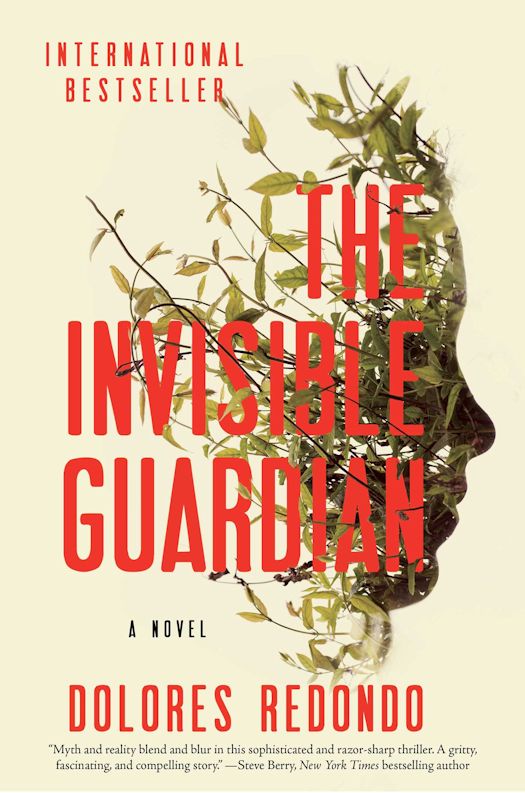 Already a #1 international bestseller, this tautly written and gripping psychological thriller forces a police inspector to reluctantly return to her hometown in Basque Country—a place engulfed in mythology and superstition—to solve a series of eerie murders.

When the naked body of a teenage girl is found on a riverbank in Basque Country, Spain, homicide inspector Amaia Salazar must return to the hometown she always sought to escape. A dark secret from Amaia’s past plagues her with nightmares, and as her investigation deepens, the old pagan beliefs of the community threaten to derail her astute detective work. The lines between mythology and reality begin to blur, and Amaia must discover whether the crimes are the work of a ritualistic killer or of a mythical creature known as the Basajaun, the Invisible Guardian.

Torn between the rational procedures of her job and the local superstitions of a region shaped by the Spanish Inquisition, Amaia fights against the demons of her past in order to track down a killer on the run.


Amaia looked at them in silence without replying. It was an in-
timidation tactic that almost never failed, and it worked this time
too. The ranger who had stayed leaning against the Land Rover stood
up and took a step forward.
“Ma’am. We’ll do everything we can to help. The bear expert from
Huesca arrived an hour ago, he’s parked a bit farther down,” he said,
indicating a bend in the road. “If you’ll come with us, we’ll show you
where they’re working.”
“Good, and you can call me ‘Inspector.’ ”
The path became narrower as they went into the wood, opening
out again in small clearings where the grass grew green and fine like
a beautiful garden lawn. In other areas the wood formed a sheltered,
sumptuous, and almost warm maze, an impression reinforced by the
endless carpet of pine needles and leaves that stretched before them.
The water hadn’t penetrated as far into that level, scrubby area as it
had done on the slopes, and great dry, springy patches of windblown
leaves crowded around the bases of the trees as if forming natural
beds for the forest-dwelling lamias. Amaia smiled as she remembered
the legends Aunt Engrasi had told her as a child. In the middle
of the forest it didn’t seem so far-fetched to accept the existence of
the magical creatures that shaped the past of the people of the region.
All forests are powerful, some are frightening by dint of being deep
or mysterious, others because they are dark and sinister. The Baztán
forest is enchanting, with a serene, ancient beauty that effortlessly
brings out people’s most human side, the most childlike part of them,
which believes in the fantastical fairies with their webbed ducks’ feet
that used to live in the forest. These fairies would sleep all day and
come out at nightfall and comb their long blond hair. A lamia would
give her golden comb to any man who was sufficiently seduced by
her beauty to spend the night with her in spite of her ducklike feet,
thus granting him his heart’s desire.
Amaia felt the presence of such beings in that forest so tangibly
that it seemed easy to believe in a druid culture, the power of trees
over men, and to imagine a time when the communion between
magical beings and humans was a religion throughout the valley.
“Here they are, the Ghostbusters,” said Gorria, not without a hint
of sarcasm.
The expert from Huesca and his assistant were wearing garish
orange overalls and were each carrying a silver-colored briefcase
similar to the ones used by forensics officers. When Amaia and
Jonan reached them, they seemed absorbed in observing the trunk
of a beech tree.
“It’s a pleasure to meet you, Inspector,” said the man, holding
out his hand. “I’m Raúl González and this is Nadia Takchenko. If
you’re wondering why we’re wearing these clothes, it’s because of the
poachers. Nothing appeals to those riffraff like the rumor that there’s
a bear in the area, and you’ll see them popping out from all kinds of
places, even under rocks, and that’s no joke. The big macho Spaniard
sets out to catch a bear, and he’s so terrified that the bear might catch
him first that he’ll shoot at anything that moves . . . It wouldn’t be the
first time they’ve shot at us thinking we were bears, hence the orange
overalls. You can see them two kilometers away. In the Russian forests
everybody wears them.”
“What have you got to tell me? Habemus bear or not?” asked
Amaia.
“Dr. Takchenko and I believe it would be too precipitate to confirm
or refute something like that at this stage, Inspector.”
“But you can at least tell me whether you’ve come across any sign,
any clue . . .”
“We could say yes, we’ve undoubtedly come across traces that
indicate the presence of large animals, but nothing conclusive. In
any case, we’ve only just arrived. We’ve barely had time to inspect the
area and the light is almost gone,” he said, looking at the sky.
“Tomorrow at dawn we will get down to work, is that how you say
it?” asked Dr. Takchenko in strongly accented Spanish. “The sample
you sent us is certainly from a plantigrade. It would be very interesting
to have a second sample.”
Amaia decided it was best not to mention that the sample had
been found on a corpse.
“You’ll have further samples tomorrow,” said Jonan.