Please welcome Matthew De Abaitua to The Qwillery. The Destructives, Matthew's most recent novel, was published on March 1st by Angry Robot Books. 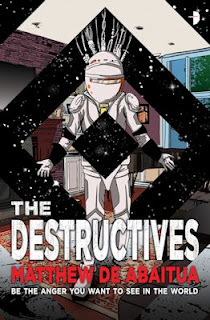 Matthew:  I am a reformed pantser. In real life, people often fail to make the choices that would give shape to their lives and so they live shapelessly. So in art, we demand that a protagonist makes a choice, just so that we can explore how that might turn out. I wrote The Destructives at the same time as thinking seriously about choice and plot. How that choice should be almost impossible to make. Or made too late. Or just in time.

TQ:  Describe The Destructives in 140 characters or less.

Matthew:  AIs break humanity. They feel guilty, so repair humanity and leave to live next to the sun. One AI stays to study the life of our hero. Why?

TQ:  Tell us something about The Destructives that is not found in the book description.

Matthew:  There is an artificial intelligence in it called Totally Damaged Mom.

TQ:  What inspired you to write The Destructives?

Matthew:  I was watching Mad Men, and I thought: Mad Men in Space! In advertising, people are called creatives. But capitalism functions on a cycle of creativity and destruction, so I thought, saying that you’re a creative limits you to only half of the available business. You could be a destructive as well.

TQ:  Your prior standalone novel for Angry Robot is If Then. Do If Then and The Destructives share anything thematically?

Matthew:  Both novels explore the quantification of humanity, the quest to render our selves as data, and the consequences of that translation. They share a secondary character, Alex Drown, who is a high-level fixer and consultant to Big Tech.

TQ:  In The Destructives who was the easiest character to write and why? The hardest and why?

Matthew:  The AI or emergence Dr Easy is the easiest to write. It’s a sardonic, knowing, and faintly patronising voice - as a lecturer, that comes naturally to me. The final third of the novel is from the point of view of Reckon, who is an angry, young, black female scientist. I am only one of those four adjectives.

Matthew:  A novel is a long thought. That is, only by writing a novel about something can I discover what I think about it, and I cannot summarise that thought in any way other than to point at the novel and say, there, that is what I think. It is a thought with its own contradictions baked in. It’s an evolving question. Some of the characters care about social issues, some of them don’t care. Their conflict is how I think about anything.

TQ:  Which question about The Destructives do you wish someone would ask? Ask it and answer it!

Matthew:  There is a recurring image of a black box in The Destructives. What does it mean?

The black box is a place we cannot see inside.

I came across the phrase when reading about the flash crash of 2010, when high frequency trading algorithms crashed the American stock market. The work of these algorithms takes place within a black box: we don’t really know what is going on in their interactions. In the Destructives, when one of the characters is dying, their mouth takes on the shape of a dark rectangle. Death is a black box. Space is too. We know its outline but we don’t know what is inside.

Matthew:  I am quietly plotting and dreaming something new but is too early to share. 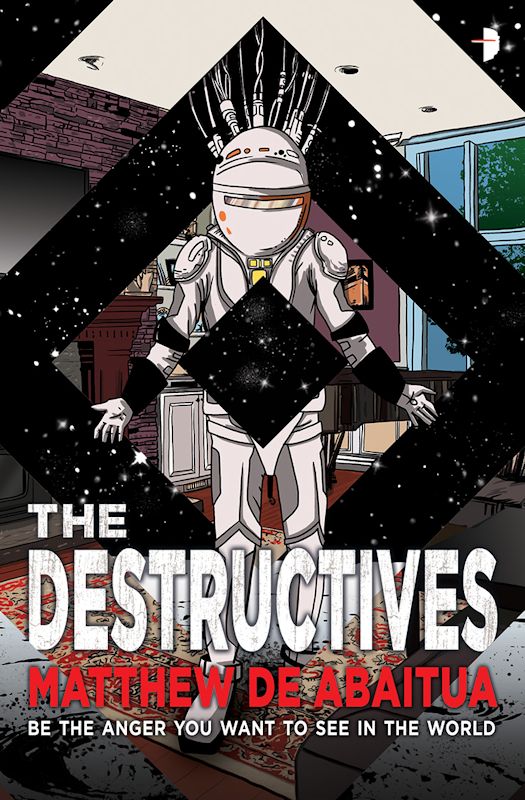 Theodore Drown is a destructive. A recovering addict to weirdcore, he’s keeping his head down lecturing at the university of the Moon. Twenty years after the appearance of the first artificial intelligence, and humanity is stuck. The AIs or, as they preferred to be called, emergences have left Earth and reside beyond the orbit of Mercury in a Stapledon Sphere known as the university of the sun. The emergences were our future but they chose exile. All except one. Dr Easy remains, researching a single human life from beginning to end. Theodore’s life.

One day, Theodore is approached by freelance executive Patricia to investigate an archive of data retrieved from just before the appearance of the first emergence. The secret living in that archive will take him on an adventure through a stunted future of asylum malls, corporate bloodrooms and a secret off-world colony where Theodore must choose between creating a new future for humanity or staying true to his nature, and destroying it. 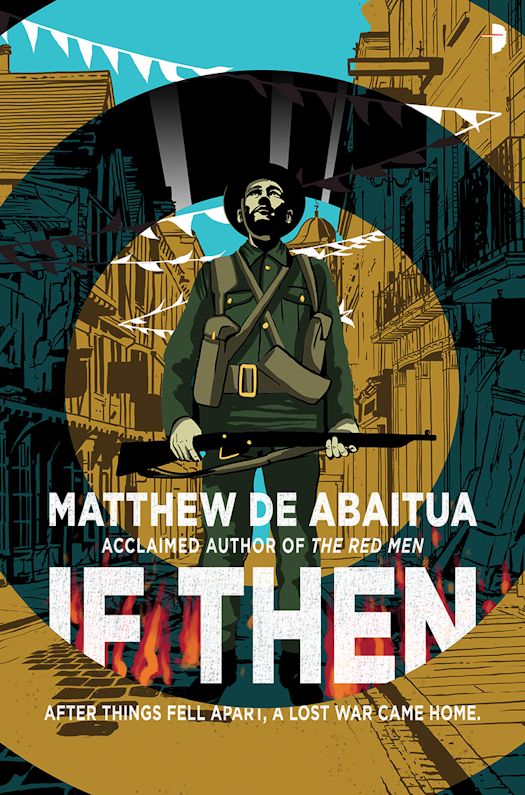 In the near future, after the collapse of society as we know it, one English town survives under the protection of the computer algorithms of the Process, which governs every aspect of their lives. The Process gives and it takes. It allocates jobs and resources, giving each person exactly what it has calculated they will need. But it also decides who stays under its protection, and who must be banished to the wilderness beyond. Human life has become totally algorithm-driven, and James, the town bailiff, is charged with making sure the Process’s suggestions are implemented.

But now the Process is making soldiers. It is readying for war — the First World War. Mysteriously, the Process is slowly recreating events that took place over a hundred years ago, and is recruiting the town’s men to fight in an artificial reconstruction of the Dardanelles campaign. James, too, must go fight. And he will discover that the Process has become vastly more sophisticated and terrifying than anyone had believed possible.

File Under: Science Fiction [ Trust the Process | A Debate With Bullets | Algorithms For War | Omega John ] 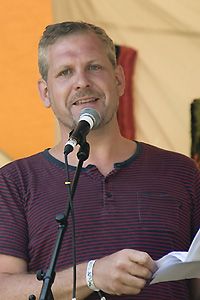 Matthew De Abaitua lived and worked as Will Self’s amanuensis in a remote cottage in Suffolk, after he graduated with an MA in Creative Writing.

His short story ‘Inbetween’ was included in the bestselling anthology Disco Biscuits and adapted as a short film by Channel 4. His first novel The Red Men (Snowbooks 2007, Gollancz ebook 2013) was shortlisted for the Arthur C. Clarke Award. In 2013, the first chapter was adapted as a short film ‘Dr. Easy’ by directors Shynola (produced by Film4 and Warp) as a precursor to a feature film, currently in development. ‘Dr. Easy’ currently has had 263k views on Vimeo.

Matthew currently lectures on Creative Writing at Brunel University and Writing Science Fiction at the University of Essex.

Labels: Angry Robot Books, If Then, Interview, Matthew De Abaitua, The Destructives
Email ThisBlogThis!Share to TwitterShare to FacebookShare to Pinterest