Happy Easter to all of those who celebrate and Happy Sunday to those who don't. Hopefully some lovely chocolate will make it into your possession regardless whether you celebrate or not. I am looking forward to having 2 extra days off work, mainly to work off the hot cross buns I keep eating!

This wasn't my most productive reading week so today's Week in Review is only going to feature 1 book. Sorry folks. The good news for you dear reader is that book I did read was very good. Hopefully, I will have more to tell you about next week so until then have a great week and Happy Reading. 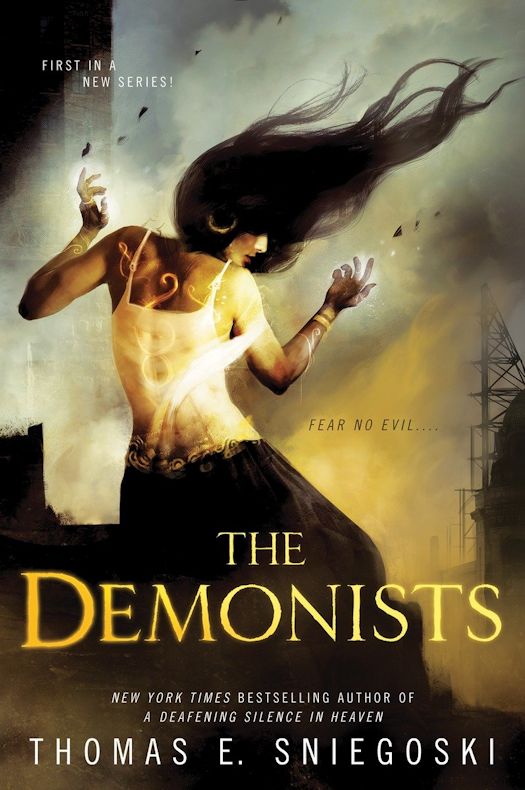 From the New York Times bestselling author of the Fallen series and the Remy Chandler series, a new dark fantasy series filled with demons, exorcisms, and the fight against the worst that hell has to offer…

There is more to our world than meets the eye—darker things, crueler things. Exorcist John Fogg and his wife, psychic medium Theodora Knight, know what lurks in the shadows. But even they’re not prepared for the worst Hell has to offer…

It was supposed to be a simple exorcism, a publicity stunt to firmly establish John and Theodora’s thriving paranormal investigation empire in the public eye. But something went wrong, leading to an on-air massacre that unleashed a malicious host of demons and left Theodora catatonic, possessed by countless spirits.

John sets out on a desperate quest to find a cure for his wife, but his obsession brings him face-to-face with an even more terrifying problem: Theodora’s possession is only one piece of a deadly plot that is threatening the entire world. Because an ancient evil is about to make Earth its battlefield—and without John and Theodora’s intervention, there is no chance for salvation…

If you are a fan of dark fantasy that verges pretty close to horror in some places then The Demonists by Thomas E. Sniegoski is the book for you.

John and Theodora Fogg have a loving marriage and successful paranormal investigation business when one of their cases goes horribly wrong. Theodora, a gifted medium becomes possessed by demons and kept in a catatonic state so that she doesn't harm herself or others. John is desperate to find a cure to her possession  but ends up discovering that Theodora is merely a pawn in a very sinister plot that will bring evil and chaos to the world. The path to saving Theodora is not going to be an easy one but when a covert organisation offer to help John its an offer he can't refuse.

I enjoyed The Demonists but I won't kid you by saying it was an easy read. It took me much longer than I would normally expect but this isn't a book for late night or early morning reading....well not if you have a low tolerance for gruesome, head chomping, maggot vomiting action. I thought that Sniegoski managed to cleverly merge Theodora's possession with the plot arc of the Teacher. John's mission to save Theodora leads him to uncover the Demonists who were a medieval organisation that worked to rid the world of demons. With the help of the modern day Demonists Theodora becomes the tool to save the world rather than the tool to destroy it. Whether her and John survive to find the Teacher and uncover his nefarious plan is something that I will leave you to discover.

I did feel that some of the chapters didn't transition as smoothly as I expected but I was reading an e-Arc so this may have been the result of some 'wonky' formatting.  Overall, there was a lot of action, interesting characters and a well developed plot. A good beginning to what I am sure will be an excellent series.