What's Up for the Debut Author Challenge Authors? - Part 46 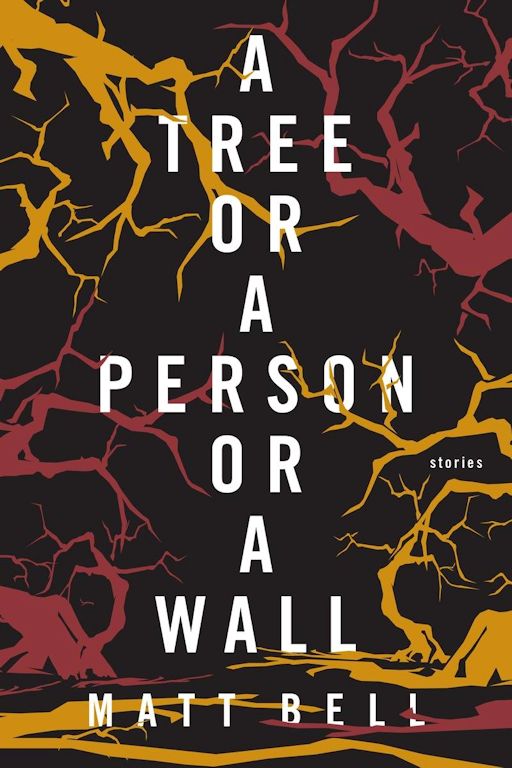 A Tree or a Person or a Wall gives us Matt Bell at his most inventive and uncanny: parents and children, murderers and monsters, wild renditions of the past, and acute takes on the present, all of which build to a virtuoso reimagining of our world.

A 19th-century minister builds an elaborate motor that will bring about the Second Coming. A man with rough hands locks a boy in a room with an albino ape. An apocalyptic army falls under a veil of forgetfulness. The story of Red Riding Hood is run through a potentially endless series of iterations. A father invents an elaborate, consuming game for his hospitalized son. Indexes, maps, a checkered shirt buried beneath a blanket of snow: they are scattered through these pages as clues to mysteries that may never be solved, lingering evidence of the violence and unknowability of the world.

A Tree or a Person or a Wall brings together Bell’s previously published shorter fiction—the story collection How They Were Found and the acclaimed novella Cataclysm Baby—along with seven dark and disturbing new stories, to create a collection of singular power. 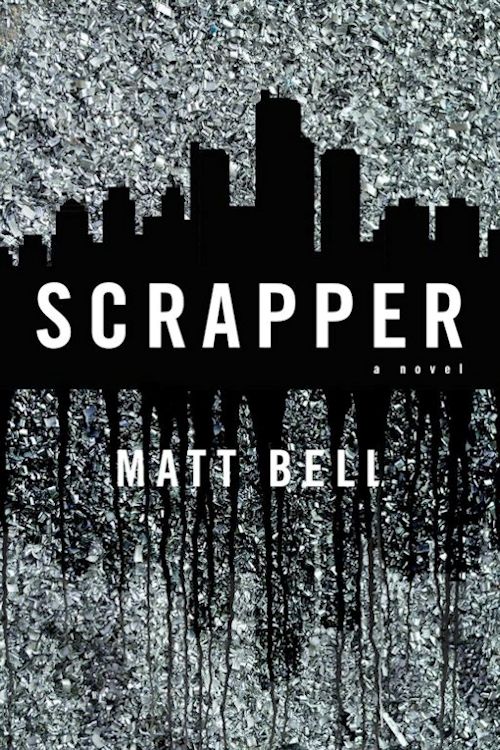 Detroit has descended into ruin. Kelly scavenges for scrap metal from the hundred thousand abandoned buildings in a part of the city known as “the zone,” an increasingly wild landscape where one day he finds something far more valuable than the copper he’s come to steal: a kidnapped boy, crying out for rescue. Briefly celebrated as a hero, Kelly secretly avenges the boy’s unsolved kidnapping, a task that will take him deeper into the zone and into a confrontation with his own past and long-buried traumas.

The second novel from the acclaimed author of In the House upon the Dirt between the Lake and the Woods, Scrapper is a devastating reimagining of one of America’s greatest cities, its beautiful architecture, its lost houses, shuttered factories, boxing gyms, and storefront churches. With precise, powerful prose, it asks: What do we owe for our crimes, even those we’ve committed to protect the people we love? 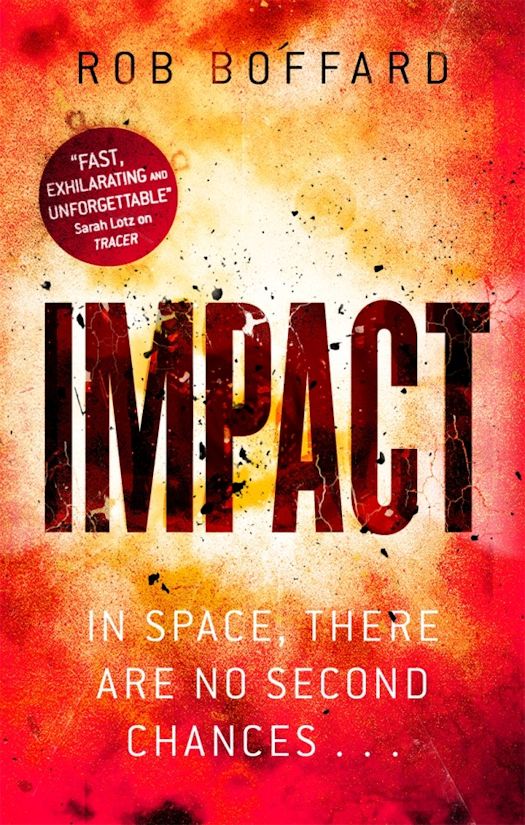 Following Tracer and Zero-G comes Impact, the explosive conclusion to the Outer Earth trilogy - a heart-pounding thriller set in space where the hero moves like lightning and the consequences for failure are deadly.

A signal has been picked up from Earth.

The planet was supposed to be uninhabitable. But it seems there are survivors down there - with supplies, shelter and running water. Perhaps there could be a future for humanity on Earth after all.

Riley Hale will find out soon enough. She's stuck on a spaceship with the group of terrorists that is planning to brave the planet's atmosphere and crash-land on the surface.

But when the re-entry goes wrong, Riley ends up hundreds of miles from her companions Prakesh and Carver, alone in a barren wilderness. She'll have to use everything she knows to survive.

And all of them are about to find out that nothing on Earth is what it seems . . 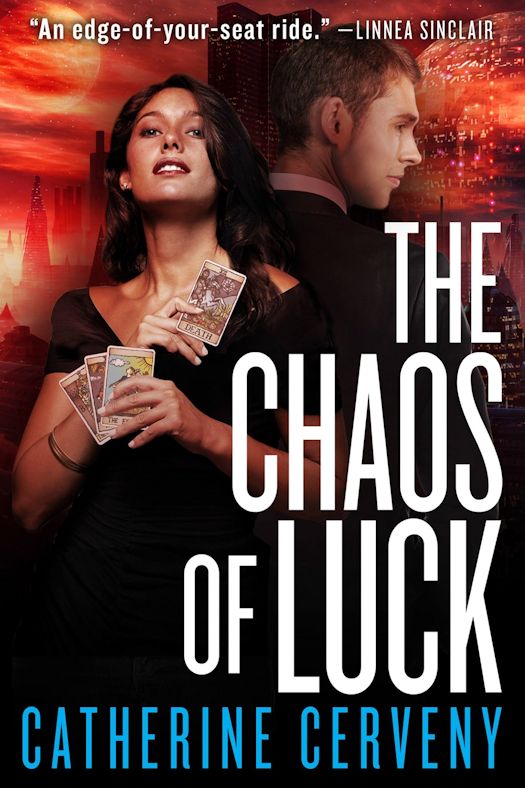 A whirlwind thriller romance in a futuristic setting that will tug at your heartstrings while sending you on high-speed chases alongside a genetically-enhanced (and incredibly handsome...) criminal mastermind.

Felicia Sevigny makes her own luck. So it's no surprise that her new life on the Red Planet is off to a good start. She's making a living reading the fortunes of the fabulously wealthy, and making a home with Alexei, the dangerous, handsome love of her life.

Then Alexei is called off planet expectedly, mines in the astroid belt start collapsing, and an ex-lover walks back into Felicia's life. Felicia's readings predict that there is something bigger going on. Something darker and far more insidious that threatens everything she has come to love.
And as luck would have it, the cards are right for things to go horribly wrong. 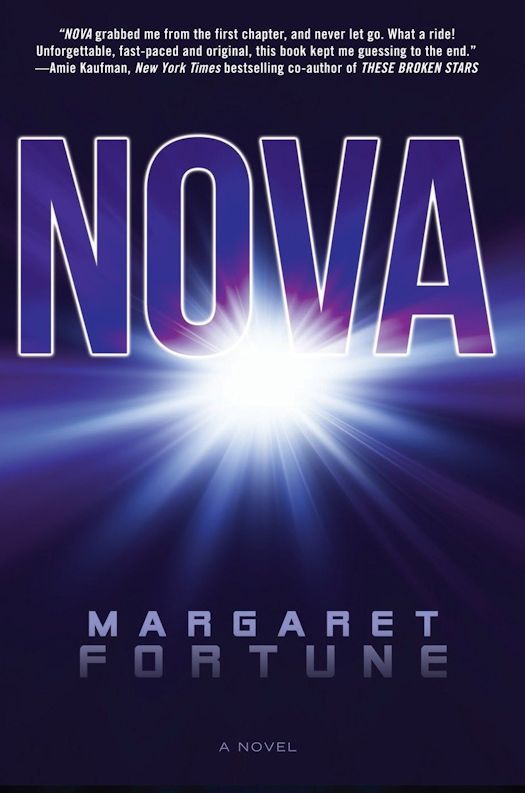 Lia Johansen was created for only one purpose: to slip onto the strategically placed New Sol Space Station and explode. But her mission goes to hell when her clock malfunctions, freezing her countdown with just two minutes to go. With no Plan B, no memories of her past, and no identity besides a name stolen from a dead POW, Lia has no idea what to do next. Her life gets even more complicated when she meets Michael Sorenson, the real Lia’s childhood best friend.

Drawn to Michael and his family against her better judgment, Lia starts learning what it means to live and love, and to be human. It is only when her countdown clock begins sporadically losing time that she realizes even duds can still blow up. If she wants any chance at a future, she must find a way to unlock the secrets of her past and stop her clock. But as Lia digs into her origins, she begins to suspect there’s far more to her mission and to this war, than meets the eye. With the fate of not just a space station but an entire empire hanging in the balance, Lia races to find the truth before her time—literally—runs out. 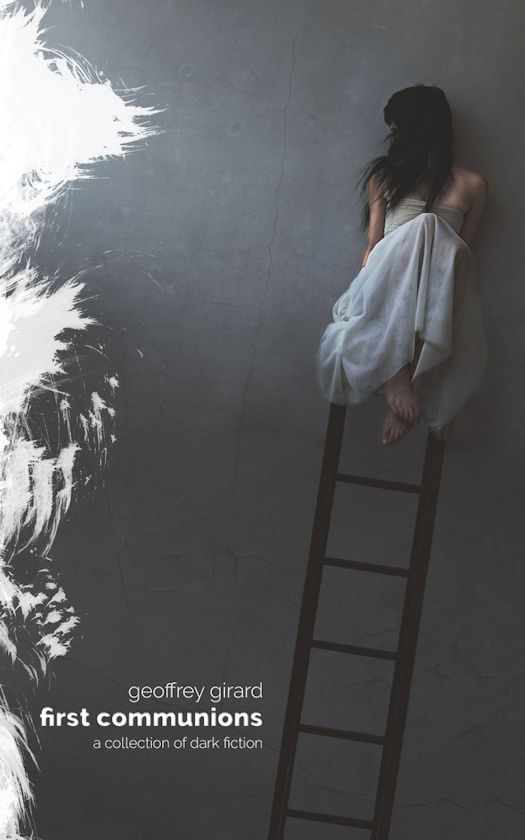 Geoffrey Girard first appeared in Writers of the Future and has since written and sold more than sixty short stories of dark fantasy, science fiction, and horror. Collected here, for the first time, are sixteen of his best, and darkest, tales.

The man who collects chips of bone from his willing victims... A legendary evil is adopted by a small, and thankful, village... The doomed girl invited to take part in a deliberate tragedy... A horrific church choir assembled after the zombie apocalypse... The boy who harvests spiders for a shadowy woman of magic... A fearsome town where the children’s nightmares are all real... The pain, price and beauty of blood and first loves...

From the curse of ancient evils to futuristic retirement homes where the dead still rule, haunted graveyards, planets of torture where all are equal, hockey-playing demon hunters, dark sorcerers battling in Algeria, and even voodoo-cursed pirates. Explore the darkest, and most majestic, extremes of us all in sixteen unique tales that will entertain, horrify and keep you thinking long after the last page is turned.

TABLE OF CONTENTS
Translatio
Collecting James
For Restful Death I Cry
Dark Harvest
Not Fade Away
Unto the Lord a New Song
Release Me
Psychomachia
Universal Adaptor
Misdirection
What You Know
H.E. Double Hockey Sticks
Where the Shadow Ended
Dead in the Water
Crawl
First Communions
Story Notes