VS, Vol, 1 Arrives This August

In VS, war has become a spectator sport. Privately funded armies of superstar soldiers march into battle for fame, profit, and the glory of their sponsor nations. And when a new generation of soldiers arrives, top gladiator Satta Flynn discovers just how fleeting the limelight can be.

VS combines spectacular action and darkly humorous satire as it explores humanity’s desire for fame—and penchant for self-destruction.


Select praise for VS:

“A smart mix of Ribić’s gorgeous art and outright pulp that’s a lot of fun.” —Uproxx

“VS is great, a Robocop-esque satire where actual warfare becomes a game.”
—The Oregonian

“Each page of this comic looks like the cover of a classic science fiction pulp, grabbing
you outright by way of its bold artwork.” —Nerdist

“A mix of epic action and biting satire...full of sweeping carnage and deep introspection
about violence and fame.” —Paste Magazine 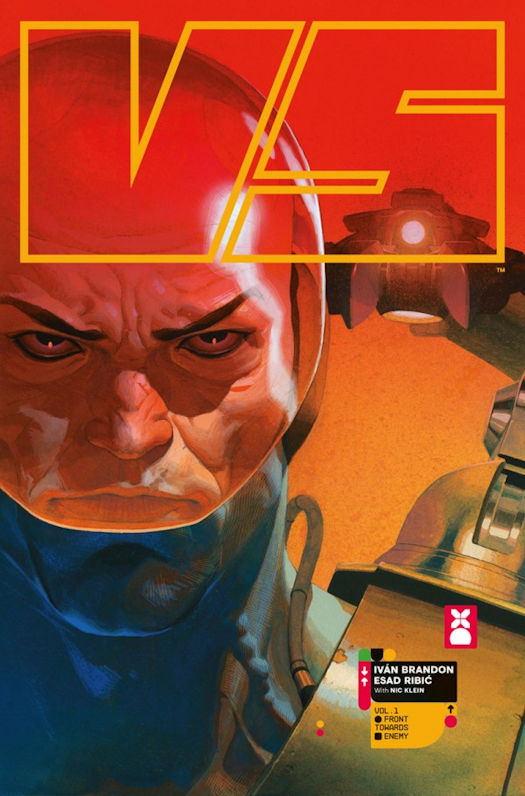