Hiya! Hope you haven't missed my week in review too much. I did treat you all to a full review of Iron and Magic by Ilona Andrews last week so didn't totally miss out on some 'Melanie time' :) I had a confession to make. This will be only 1 of 2 WIRs for the month of June. Sorry! I am going to be away for the next two weeks so won't have a chance to let you know what I have been up to. Hopefully this week's WIR won't disappoint. So lets get to it. What did I read?

The first book I am going to tell you about is Claire North's latest novel 84K, set in a dystopian England which tells the story of one man trying to right a very tragic wrong. Theo Miller was quite content living a quiet life, working for the Criminal Audit Office. In North's version of England the country is controlled by two 2 powers - the Government and the Company. Crime isn't punished, it's paid for. Murder, rape, theft? It all has a price and as long as you have enough money then you are safe. If you don't then it's to the workhouse or some other heinous form of slavery until your debt is paid off...if it ever can be paid off. Theo was responsible for assessing the monetary penalty for each crime that comes across his desk. His job was just that...a job until one day his ex, Dani, is murdered....right in front of him. This time murder isn't just a number with a pound sign attached. This time the murderer is going to pay if Theo has to start a revolution to make it happen.

I have to be honest, this was a difficult read. North's version of England is very, very dark. The poor are fodder for the Company working in sweatshops and factories. Women could be raped or brutalized for only a few thousand pounds in compensation - none of which the victim ever receives. The rich have it all. They can do anything to anyone without any recrimination. There is no joy or beauty or humour anywhere in this story. It is very Dickensian in its bleakness. The story flits between Theo on his quest and Theo on a barge being cared for by a stranger called Neila. I could never figure out which were the past or present events which made it very easy to miss a key moment in the story if I got distracted. North has an unbelievable imagination and I have always loved her books (the Fifteen Lives of Harry August is in my top 10 favourite books of all time) but I don't think 84K will be. This was a very intricate and interesting tale but not one to read if you need a pick me up or are having a bad day.

A couple of weeks ago I came across Grace Draven's Night Tide which is set in the Wraith Kings world. Zigana is the illegitimate daughter of a lord earning a living from the sea. When an evil sea creature starts to lure the local villagers to their deaths she knows she must do something to save them. But what can she do and can she do it alone?

I was looking for a quick and easy read and as this is a novella it certainly fit the bill. Zigana is pretty much your archetypal heroine - beautiful, kind and talented. The only thing that seemed to indicate that she was the widowed daughter of a poor fisherman, still living with her parents was that her skin was a little tanned. Otherwise, she seemed to have been spared the effects of living a difficult life in a harsh environment. The story is pretty straight forward although I did find it quite sad. Zigana has a hard life and a lonely life. The one man who could have made her happy is far out of her reach. I believe Draven may return to this character but I will have to wait and see.


Anyway. That is it for me this week. Hopefully, I haven't been too much of a downer with all the gloomy books I have been reading. I will plan to read something more jolly ASAP! Until then happy reading. 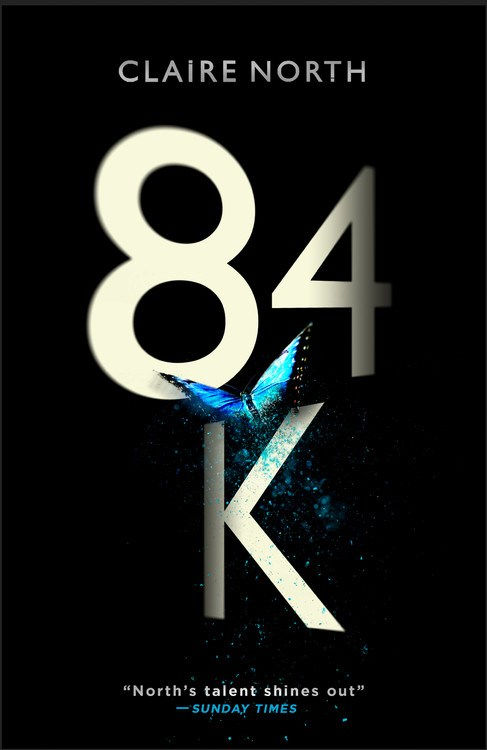 From one of the most powerful writers in modern fiction and World Fantasy Award winner comes a dystopian vision of a world where money reigns supreme, and nothing is so precious that it can’t be bought….

Theo works in the Criminal Audit Office. He assesses each crime that crosses his desk and makes sure the correct debt to society is paid in full.

These days, there’s no need to go to prison – provided that you can afford to pay the penalty for the crime you’ve committed. If you’re rich enough, you can get away with murder.

But Dani’s murder is different. When Theo finds her lifeless body, and a hired killer standing over her and calmly calling the police to confess, he can’t let her death become just an entry on a balance sheet.

Someone is responsible. And Theo is going to find them and make them pay.

Perfect for fans of speculative fiction such as The Handmaid’s Tale and Never Let Me Go, Claire North’s moving and unnerving new novel will resonate with readers around the world.

Previous books by Claire North:
The First Fifteen Lives of Harry August
Touch
The Sudden Appearance of Hope
The End of the Day

By the same author, writing as Kate Griffin:
A Madness of Angels
The Midnight Mayor
The Neon Court
The Minority Council
The Glass God
Stray Souls 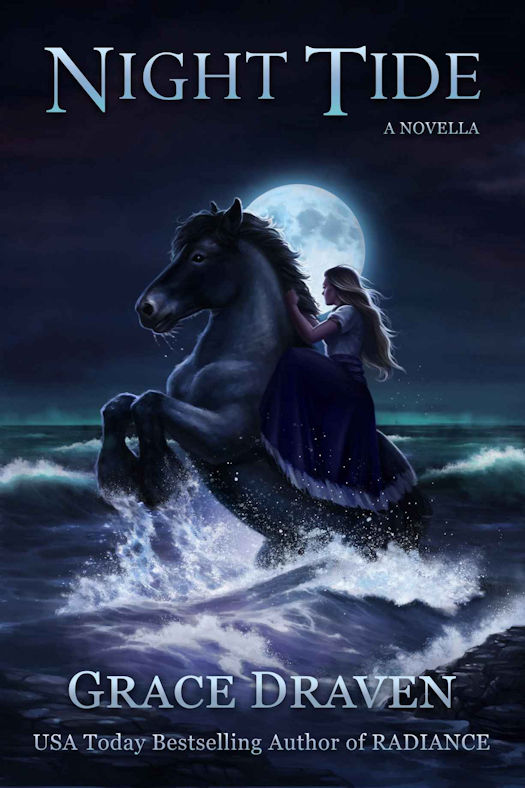 Something hunts the surf at night, luring villagers to their deaths with a lullaby of sorrow and the torture of nightmares.

Blessed with the gift of water-sight, Zigana Imre senses the presence of an ancient predator drawn by a hunger for human flesh sweetened by grief.

With the help of a child of earth, she will battle a spawn of the sea to protect a loved one and save a man who will one day fight to save a world.

--Previously published in the now unavailable Teeth, Long and Sharp anthology, Night Tide is a 21k-word, stand-alone novella that takes place in the world of the Wraith Kings series.--

Amazon : Barnes and Noble : iBooks : Kobo
Posted by Melanie at 6:40 AM