Outland Entertainment has announced the beginning of a new transmedia project, with fiction, comics, and games in development!

From a concept created by Ian Sharpe, Vikingverse is going to launch this fall with a novel by Ian called All Father Paradox.

Here is the line art for the fabulous cover-in-progress by Jeremy Mohler: 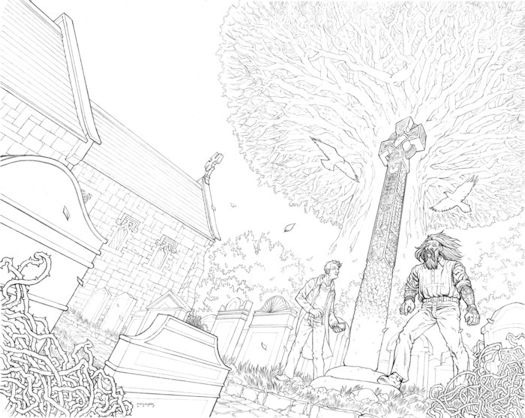 All Father Paradox is coming in October!


Odin has escaped his doom at Ragnarok. Now, history has been thrown to the wolves


In the All Father Paradox, Ian Sharpe reveals a parallel universe where Vikings rule seas and stars with restless fleets. In a series of interwoven sagas, a young Norse prince plots to shatter empires and claim the heavens; a newly qualified professor finds the key to new horizons but unlocks a ceaseless hunger; and a bold empress discovers there is a price for immortality, one her ancestors have come to collect.
Posted by Qwill at 7:00 AM