Crowded Picked Up For A Movie Adaptation

CROWDED PICKED UP FOR A MOVIE ADAPTATION

PORTLAND, OR, 06/26/2018 — Even before hitting shelves this August, the forthcoming CROWDED by Eisner-nominated writer Christopher Sebela (Heartthrob, We(l)come Back, Harley Quinn), Ro Stein and Ted Brandt (Captain Marvel, Raven: The Pirate Princess), Triona Farrell (Runaways, Mech Cadet Yu), and Cardinal Rae (BINGO LOVE, ROSE) is stirring up buzz with The Hollywood Reporter dropping the news yesterday that Rebel Wilson has optioned the film rights to the series with the goal of starring in and producing the movie adaptation. Wilson will develop the project and produce it via her Camp Sugar production banner. Also producing is Oni Entertainment.

First announced at the prestigious Image Expo in February, CROWDED explores the seedy implications of today’s technology with the gut-wrenching resonance of a Black Mirror episode. In CROWDED, the world runs on an economy of job shares and apps, including Reapr: a crowdfunding platform to fund assassinations. Charlie Ellison leads a quiet, normal life until she’s suddenly targeted by a million-dollar Reapr campaign. Hunted by all of Los Angeles, Charlie hires Vita, the lowest-rated bodyguard on the Dfend app. As the campaign picks up speed, they’ll have to figure out who wants Charlie dead before the campaign’s 30 days—or their lives—are over. 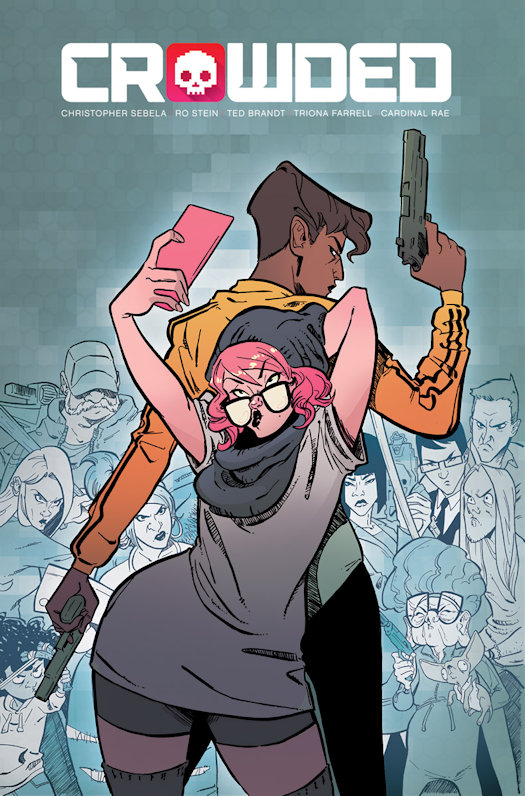