Please welcome C.L. Polk to The Qwillery, as part of the 2018 Debut Author Challenge Interviews. Witchmark was published on June 19th by Tor.com. 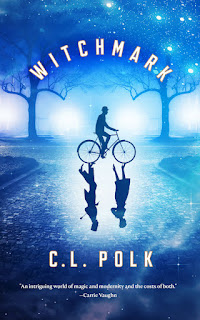 C.L.:  I remember a story I wrote in elementary school about a group of nine year old girls at a carnival who had to escape a haunted house ride that was honestly haunted by the family who had founded the carnival. I was nine, so I feel it was probably a good depiction of how nine-year-olds think of themselves when they're cast as heroes.

C.L.:  Definitely a hybrid. I start off plotting, and then get to a point where I don't know what happens next...but instead of figuring it out, I just write until i get to the end of what I outlined and figure it out as I go.

C.L.:  I think the biggest challenge is the battle with perfectionism. Every novelist writes through doubt, and you never really vanquish it. I think that's all right, because that doubt means you're striving beyond your comfort zone and taking a risk. That's what the process of any art is about, I believe.

C.L.:  Everything does. What I read, what I watch, the world outside - anything that makes me interested or intrigued.

C.L.:  While resisting his family's demands and his detective partner's charm, a doctor discovers the secret that cost his patient his life.

TQ:  Tell us something about Witchmark that is not found in the book description.

C.L.:  Miles is actually solving two mysteries at once. He's investigating a murder, but he's also deeply troubled by what his healing powers show him when he touches some of his patients at the hospital. But because he can't reveal his magic, he's trying to find a conventional way to "discover" it so he can alert his colleagues to the condition.

TQ:  What inspired you to write Witchmark? What appeals to you about writing Fantasy?

C.L.:  Witchmark was the product of about six months of simmering ideas about a character in a world rather than a bolt of inspiration. it's many small ideas braided together to make a story. I like to write fantasy because you can write about nearly anything you want and add magic, and that combination has always been irresistible to me.

TQ:  What sort of research did you do for Witchmark?

C.L.:  I had to research nearly everything in the book. I started with fashion, material culture, technology, and medical advances that happened on earth in the early 20th century. I looked up the history of skyscrapers. I read about the big cities of the period, mainly London, New York, and Chicago, with some looking into Toronto and Vancouver. I read about mythology, folklore, supernatural beings, and I mashed all that together to create the Amaranthines. I studied the weather, particular advances in forensic pathology, policing in the UK, Canada, and the United States. I think every page of the book has the product of research on it somewhere.

TQ:  Please tell us about the cover for Witchmark.

C.L.:  The cover's amazing. It was designed by Will Staehle, and I think it captures the feel of the novel without being too revealing. It shows the most distinctive features of the city's worldbuilding - bicycles and apple trees fill the streets, and depicts the three central characters of the book.

TQ:  In Witchmark who was the easiest character to write and why? The hardest and why?

C.L.:  The easiest was a very minor character in the story, one you don't meet until later, and only briefly. Alice sprang onto the page exactly as she was. The most difficult was probably Miles himself, because I had to do so much background writing to really understand him.

C.L.:  I didn't sit down and think "I will write a story about social issues." I knew that my outlook and politics would soak into every word, so I let that happen as it would. I wrote about social class and the geopolitics of cities and the effect war had on those who fought it, but I didn't start there. All art is deeply political. I couldn't have written this book, or any book, without making any sort of comment or opinion on political and social issues.

C.L.:  What's next is the sequel to Witchmark. I'm working on it right now.

C.L.:  Thank you! I'm glad to have a chance to talk about Witchmark with you and your readers. 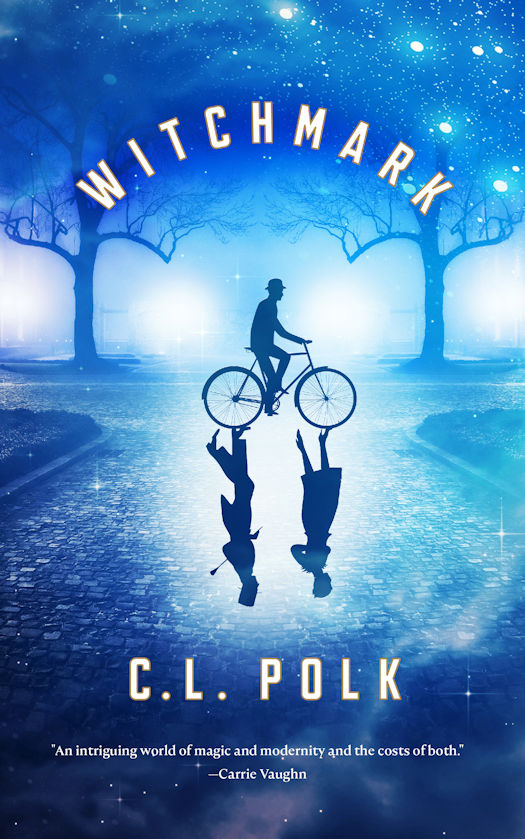 C. L. Polk arrives on the scene with Witchmark, a stunning, addictive fantasy that combines intrigue, magic, betrayal, and romance.

One of Publishers Weekly's Most Anticipated Books of Spring 2018!

In an original world reminiscent of Edwardian England in the shadow of a World War, cabals of noble families use their unique magical gifts to control the fates of nations, while one young man seeks only to live a life of his own.

Magic marked Miles Singer for suffering the day he was born, doomed either to be enslaved to his family's interest or to be committed to a witches' asylum. He went to war to escape his destiny and came home a different man, but he couldn’t leave his past behind. The war between Aeland and Laneer leaves men changed, strangers to their friends and family, but even after faking his own death and reinventing himself as a doctor at a cash-strapped veterans' hospital, Miles can’t hide what he truly is.

When a fatally poisoned patient exposes Miles’ healing gift and his witchmark, he must put his anonymity and freedom at risk to investigate his patient’s murder. To find the truth he’ll need to rely on the family he despises, and on the kindness of the most gorgeous man he’s ever seen. 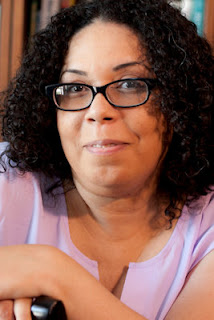 C. L. Polk wrote her first story in grade school and still hasn't learned any better. After spending years in strange occupations and wandering western Canada, she settled in southern Alberta with her rescue dog Otis. C. L. has had short stories published in Baen's UNIVERSE and contributes to the web serial Shadow Unit (http://shadowunit.org/), and spends too much time on twitter at @clpolk. Witchmark is her debut novel.