Guest Blog by Kenny Soward - Knaves: A New Beginning for Me 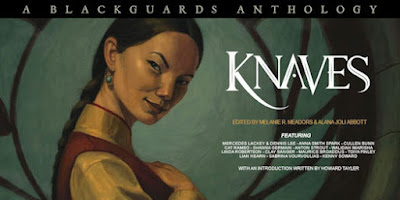 Knaves: A New Beginning for Me


In the words of Sansa Stark, “I'm a slow learner, that's true. But I learn.”

That’s how I feel about my entire writing career. A slow learn. And that says a lot about why I’ve struggled with writing since getting serious about it in 2010.

Apparently, it didn’t, and I almost gave up writing many times in frustration.

While watching Game of Thrones over the years, I became aware that I related to Sansa Stark more than I dared to admit. Not that I wanted to dress in fancy court dresses or have pretty hair (some of you guys can really pull it off!) but I was more like Sansa in a naïve and snobbish sort of way.

Like Sansa, I often tried too hard to please everyone without really pleasing anyone. I wanted too much, too fast. I thought I would start this writing journey and then sail off into the sunset as a successful novelist after just a couple years of work. I thought my shit didn’t stink.

And then I realized there was a smell.

Oh yeah, that was me failing time and time again. That was me being impatient by imagining sales and success before truly developing the stories I wanted to tell.

But then, like Sansa, a cold reality hit me. The world was a tough place, and the only satisfaction I would ever get would be to let my stories come into their own. I had to be patient. I had to learn from my mistakes. I had to gather my wits and sit down at the keyboard like I was going to war.

After writing millions of words and publishing nine books, I decided to start over. I took a deep breath, then I picked up where I’d left off. I applied all the lessons and techniques I learned over the years. I donned my black wolf’s cloak, stood atop the walls of Winterfell, and glared into the frozen wastes.

Okay, I don’t actually own a black wolf’s cloak, but sometimes I feel like I’m wearing one when I sit down at the keyboard.

A Ferret in the Queen’s Purse is one of the first original pieces I’ve published in months, but I’m really proud of this one. It’s not a brilliant story, but it doesn’t have to be. It only needs to take you to a place you’ve never been on an adventure you never thought you’d have.

I’m a slow learner, but I do learn. Come see what I’ve learned.

Outland Entertainment is proud to bring you Knaves: A Blackguards Anthology. Featuring fourteen brand new tales of scheming anti-heroes and dark protagonists from the wrong side of the palace gates, Knaves brings together some of the finest fantasy authors in the industry in a book that will make readers wonder, “What is the ‘right side,’ anyway?” Authors include Mercedes Lackey, Anna Smith Spark, Kenny Soward, Cullen Bunn, Maurice Broaddus, Anton Strout, Walidah Imarisha, Cat Rambo, Lian Hearn, and more! Edited by Melanie R. Meadors and Alana Joli Abbott. 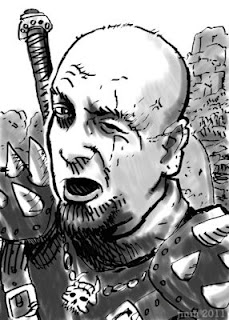 Kenny Soward grew up in Kentucky in a small suburb just south of Cincinnati, Ohio, listening to hard rock and playing outdoors. In those quiet 1970's streets, he jumped bikes, played Nerf football, and acquired many a childhood scar.

Kenny's love for books flourished early, a habit passed down to him by his uncles. He burned through his grade school library, reading Stephen King, Neil Gaiman, Clive Barker, C.S. Lewis, and Tolkien. He spent quite a few days in detention for reading in class.

The transition to author was a natural one for Kenny. His sixth grade teacher encouraged him to start a journal, and he later began jotting down pieces of stories, mostly the outcomes of D&D gaming sessions. If you enjoy urban and dark fantasy, paranormal and horror, with brooding, broken characters and a deep sense of action, you can visit Kenny at www.kennysoward.com.